Films are not always about pure entertainment, but they also attempt to invoke some emotion. Whether it be fear or happiness, or even anger, without any type of reaction from the viewer the art is lost and the whole thing becomes a waste of time. The question of real versus art. Does what appear on screen have to accurately show what would happen in real life?

From 775 Media Corp Production Company, and the mind’s of Rob Grant and Mike Kovac, Fake Blood is a Documentary style film that seeks to answer these questions and a bit more. Shown at UK’s Grimmfest back in October of 2017, Fake Blood arrives in theaters and to VOD on Friday, February 9, 2018 thanks to levelFILM. So how does this obscure, yet original film add up? 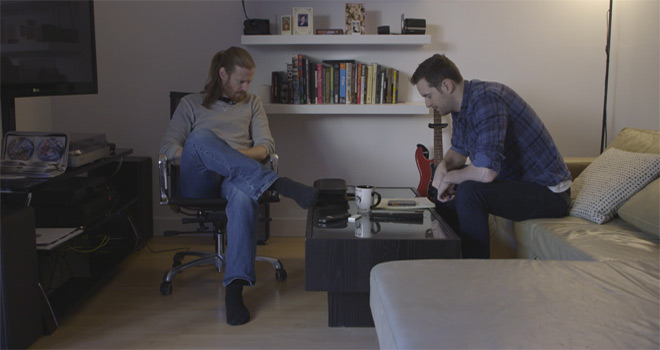 The story follows Rob Grant (Yesterday 2009, Desolate 2013) and Mike Kovac (Supernatural series, Tin Star 2017) playing themselves as amateur filmmakers. Their work can be found on iTunes. One of their films, 2012’s Mon Ami, is the story of two disgruntled employees that kidnap their boss’ daughter. She is accidentally killed and the pair go on a shopping spree at the hardware store to find tools to dismember her body. Rob receives a fan video of two guys mimicking the shopping spree. In this video, the fans explain which tools they would buy and how they would use it to dismember a body. The video had an impact on Rob and he begins to question what his responsibility as a filmmaker is as it relates to violence. As a result, Rob and Mike set out to research and film a Documentary exploring this idea.

Both of them claim that they have lived sheltered violent free lives. They question the validity of whether or not violence should be depicted as real as possible or should be artistic in nature. In order to learn more about it from a personal perspective, the pair enlist the aid of a catalog of friends with different backgrounds and opinions. Several references to movies both gory and violent and artistically violent are referenced and briefly explored. They also try things like fighting and shooting guns for the first time.

None of this fully seems to answer the answers they are seeking. Everyone has their own take on how movie violence affects the viewer. The pair end up getting in contact with John Doe. John did some violence instructing consulting work on a colleague’s film. John is a shady guy with a past to crime that he warns them could get them into a lot of trouble if they use his real name or show his face. John tells them a story of how a job that he and his partner did got out of hand and a murder occurred. Though he did not give them that many details, he gave them enough for Rob to be able to find the case he was referring to. Mike asks Rob to drop it, but he cannot seem to let go. This obsession of Rob’s throws the duo from behind the veil of filmmakers telling a story and straight into active participants in the subject matter they are pursuing. 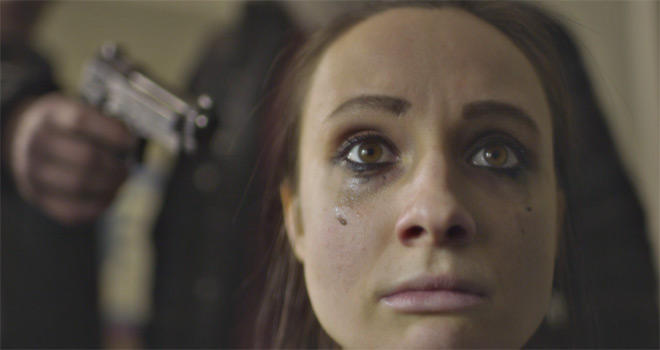 At first glance it appears that the pair just want to use this film as a platform to generate more interested into their work. Rob and Mike reference their past films and credits a bit more than seems to be called for. Clips of their past work is intertwined with the action and is brought up often. On a whole it makes sense, but does get annoying to be reminded so often so quickly that they have these other films… on iTunes. It almost reads as an advertisement rather than a plot device. The inclusion does make sense as it sets up who they are and why they are doing what they are doing. Sometimes too much is just that, too much.

The quest is to find a consensus of whether or not violence in film is warranted and exactly how much is needed to not seriously damage the viewer. Some of the responses from their friends are expected. It seems that those who have had some kind of violence committed against them do not think that films need to be accurate. It would not make a good sequence. Often times, it takes more than just one stab wound to kill someone and takes even less time to beat someone up. Violence exists and it is fun to watch on screen, but it is not quite the same experience in real life and it should not be.

Even John, the criminal in the mix, has some profound thoughts on how films affect people. He does not think they make people commit crimes, but “they do make the guys who commit them act differently.” This comment is probably the most telling in the entire story. Yet, neither Rob or Mike seem to pick up on the significance of the statement. This might have been done intentionally, but it is not brought up again. It might have shed a different light on the topic had it been explored. 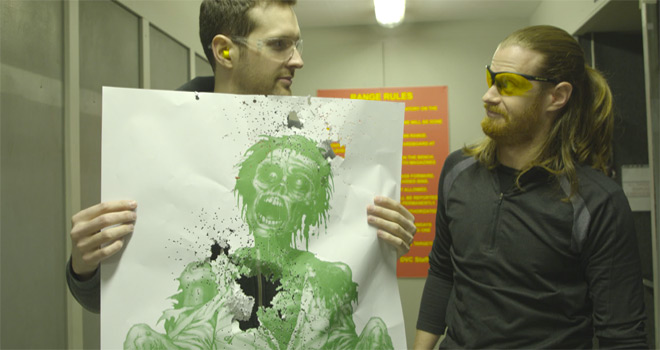 The rabbit hole opens up when real crime is involved. All of the action is fueled by hubris. Rob admits at each wrong step that he has lost perspective and allowed things to get out of control. His actions portray him as an entitled brat who just wants to push people as far as he can because he wants answers. Not because the film needed them, but because he no longer views the participants as people but as plot devices to satisfy his own curiosity.

Mike is the voice of reason, yet he really is not. He reminds Rob they are dealing with real people, but does nothing at all to stop him from pushing boundaries and putting them in more danger every time Rob opens his mouth. Even though Mike does nothing to stop anything, he is still the likable one out of the pair. Rob is on screen more but as things progress he actually becomes one of the bad guys. His actions make him far less likable than even John, the criminal in the whole ordeal. Because the film is partially billed as a Documentary, it is difficult to know how much of their personalities are truly them or simply playing the role for the story.

The question of whether or not filmmakers have a responsibility to depict violence and the aftermath as real as possible is a valid one. There are those who do take whatever they see on screen as fact and do not question anything outside of what they see. Are the filmmakers responsible for the actions that are taken from rapid fans who see their work and then try to mimic what they watched? If they are, does it not make sense for what is shown on screen to be as realistic as possible so that all bases are covered. What actually happens when someone gets shot, or stabbed, or hit? What are the potential physical, emotional, and legal consequences that could happen from these actions?

Though Fake Blood has many different perspectives, these questions probably will never have definite answers. For bringing the concerns to light, the film is brilliant. For execution and follow through, not as much. That is why CrypticRock gives Fake Blood 3.5 out of 5 stars. 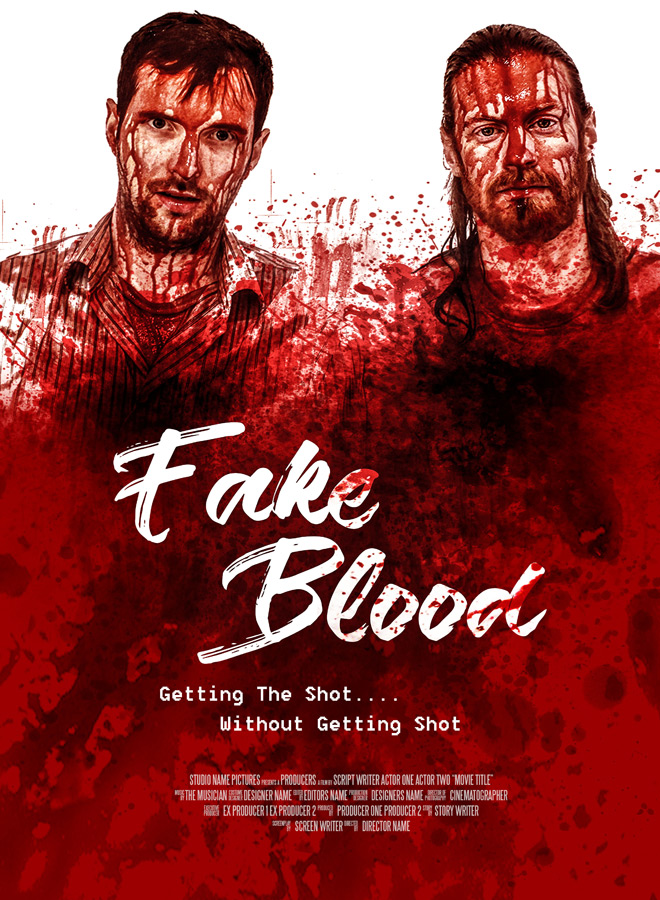 Don’t Breathe 2 (Movie Review) We Need To Do Something (Movie Review)
Like the in-depth, diverse coverage of Cryptic Rock? Help us in support to keep the magazine going strong for years to come with a small donation.