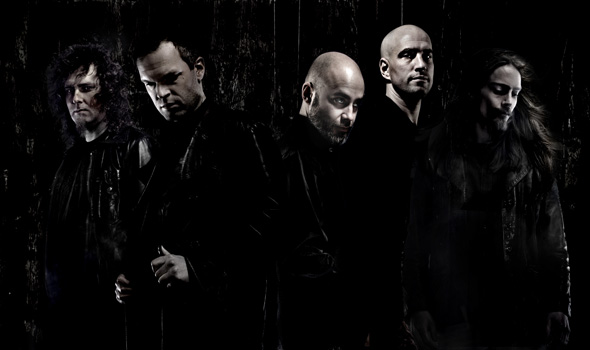 Folk Metal forerunners Falconer made their debut in the music industry in 1999 with a smooth, melodic Heavy Metal sound. Hailing from the far regions of Mjölby, Sweden, members Mathias Blad (Vocals and Keyboards), Stefan Weinerhall (Rhythm, lead guitars and Backing vocals), Jimmy Hedlund (Lead guitar and backing vocals), Mangus Linhardt (Bass), and Karten Larsson (Drums) have recently announced that 2015 will be their last year as a live touring band with their final performance at the Progpower USA XVI tour in Atlanta GA on September 11th and 12th, which is already a sold out show. They are sticking to the studio to continue their career and be at home with their families. Over their successful run they have released eight studio albums with 2014’s Black Moon Rising perhaps being their most powerful album thus far. With the entire album recorded in English at the Sonic Train Studios in Varberg, Sweden under the Metal Blade label with Andy LaRocque (King Diamond); this album has a classical Falconer sound with riff-based guitars, brow-raising moments of uncontrollably fast bass drums, and pure natural sound.

Taking their audience captive into the immense frenzy of the album is “Locust Swarm;” a very melodic Metal sound with a New World, Old World feeling while fast and strong beats lead way for sweet harmonic vocals. “Halls and Chambers” enthralls listeners with blissful Folk-like lyrics and vocals that pull at the heartstrings and contains an atomic mass of drum beats and wailing dueling guitars. This track is one not to cut short, featuring an acoustic guitar breakdown with the haunting vocal genius by Blad that wraps up this dynamic piece. The album title song of “Black Moon Rising” is an earthshaking, fast-paced track with perfect vocal harmonies, deep dark lyrics, and massive bass lines. Put all together, the track paints the perfect mental picture of the album cover by Jan Meininghaus. Next up is “Scoundrel and the Squire;” an ambitious song with many Swedish aspects. Leading by the hand, a tambourine and high clean mastered vocals are an introduction to the rhythmic guitar lead and heavy bass drums. “Wastelands” proves to be a more urgent reflection of the previous drum beats. Amazing guitar riffs dominate this fast-paced, bass-laden track with scaled set guitar solos.

Slowing things down by just a breath, “In Ruins” is a pure outstanding vocal achievement and the ensuing breakdowns lead off in many directions. Then taking the audience back in time is “At the Jesters Ball”  which has a guitar-driven lead with fast, unmasked chords and riffs with ambitious harmonies. Powerful lyrics offer docile tones to a feeling of the turn of the century song with a modern twist. Mastered mixing of rain and the cry of a crow lead the opening for “There’s a Crow on the Borrow.” A downpour of instant bass drum speed with heart, an inhalation of vocal melodies, and mind altering lyrics dip into the dark and decimal depths of an off-centered, well-placed guitar solo. “Dawning of a Sombre Age” is a slower, more mystical tune with mid-line guitars and a slower drum beat that gives way to a heavily placed bass line with a mixture of vocals is this seismic, up-scaled ballad. Exhibiting a full choir type feel, climbing guitar riffs and sweet dispensation of vocals underlay the speed demon double bass, barbed dimension of Larsson on drums in “Age of Runes.”  Bringing this hardy, natural, and unpretentious adventure to a close, Falconer gifts “The Priory”  which is a wild enchanting mix of of true Folk Metal. Perfectly displayed lyrics added with the signature fast bass drums, frantic dueling guitars, thick bass lines, and vocal genius leave fans spun, emotional, and breathless.

Falconer has once again proven themselves evincible and a reflection for those to come in the music industry. Black Moon Rising is a well-placed Griffin taking flight, soaring to new heights, and a true return to glory. CrypticRock gives Falconer’s Black Moon Rising 5 out of 5 stars. 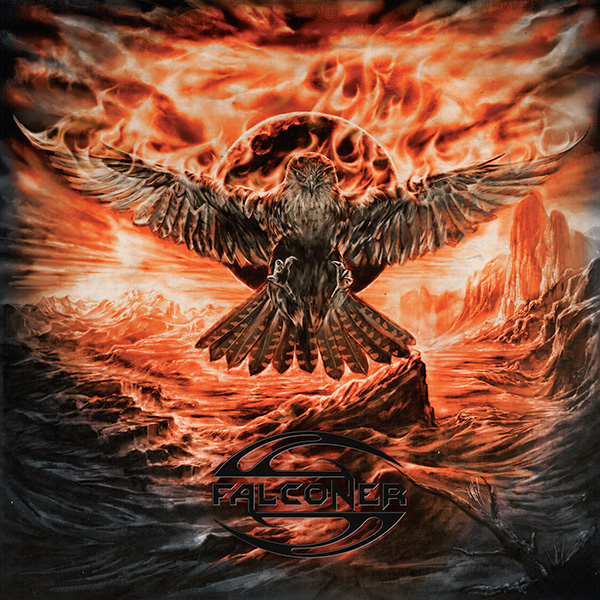