We All Fall Down (Movie Review)

What will happen when the apocalypse is upon us, turning adults to mindless zombies and leaving the children to survive on their own? Imagining this scenario amidst a hauntingly beautiful Utah landscape, We All Fall Down – which was released to VOD platforms in February 2017 in the U.S. – is a new blend of Adventure, Drama, and Horror from the good folks at Arrowstorm Entertainment in association with Koan. 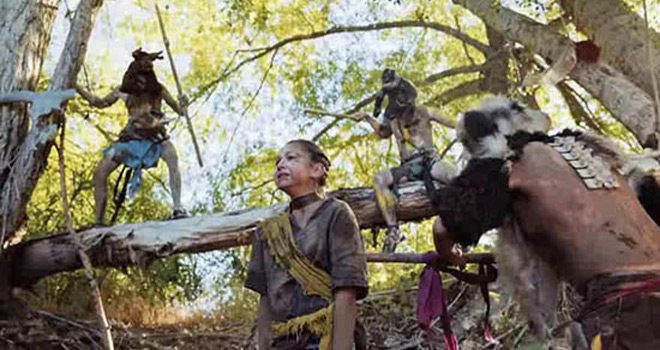 We All Fall Down is the story of eighteen-year-old Todd (Cardiff Gerhardt: Granite Flats series, Thirst 2015), fearing his imminent change into one of the marauding and violent former-adults-turned-zombies that now populate the world, and yet always keeping the utmost protective eye turned toward his mute younger brother, Benny (Connor James Moore: The Cokeville Miracle 2015, Under The Bed 2017). The absolutely adorable little Benny is the perfect contrast to the hardened, glowering, and moody elder Todd as they traipse through the post-apocalyptic landscape scavenging for food, water, and temporary shelter.

On one particularly unlucky outing into a town, the pair of brothers cross paths with a pretty, but fierce, young woman named Eve (Ashley Santos: Once I Was a Beehive 2015, My Summer Prince TV film 2016), as well as a horde of zombies. With her quick-thinking and expedient help, Todd is able to save his little brother from the creatures and move on to face another difficult day. Eve, however, offers the pair an alternative: come to her camp where there is food and water for all, safety, and other small children for Benny to befriend. Todd quickly passes on her offer, believing that he and his brother are best continuing to survive and hopefully thrive on their own. 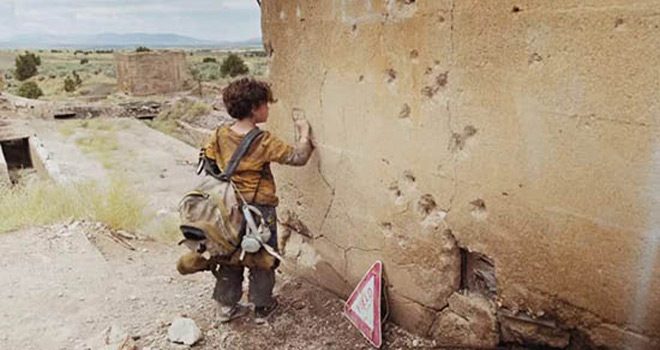 As the plains seem to grow increasing crowded, the brothers soon cross paths with a beautiful seductress who refers to herself as the Immortal Matra (Kalli Therinae in her acting debut). Surrounded by a group of hunters in deranged teddy bear masks, Matra promises invincibility, meat, water, a place for both brothers in her cult, as well as a palatable sexual tension. When Todd not-so-graciously declines, she is unamused and, big surprise, little Benny goes missing overnight. With his little brother’s life on-the-line, Todd will do whatever it takes to find Benny and guarantee that his little sibling lives to see another day.

Clocking in at 80 minutes in length, We All Fall Down was written and directed by Kurt Knight (Zombie Hunter 2013, We All Fall Down series) and takes place amidst the gorgeous scenery of the Utah plains. Though this is a story that involves all characters under the age of eighteen, there are some seriously adult themes here: from cannibalism to brainwashing, human sacrifice to that delicious sexual tension. Consider this a kind of modern day spin on Lord of the Flies but with some bizarre, burnt-looking zombies as well as the fairer sex.

We All Fall Down is a film that is superb in its bizarrely evocative imagery: from the quirky costume design by Lauren Spalding to the magnificent cinematography by Benjamin Allred. There is a lush attention to detail in every aspect of the film, which leads to quirky masks created from children’s stuffed animals and gorgeous natural landscapes that inspire hope for the brothers. Even the credit sequence at the very beginning of the film – which features a beautifully gentle, original song running alongside haunting children’s sketches that tell the story of the zombie apocalypse – is superbly done and sets the darkly hopeful mood from that very first moment. Each and every composite part of this film has been lovingly-crafted to create something that is truly haunting and yet somehow endearingly so. 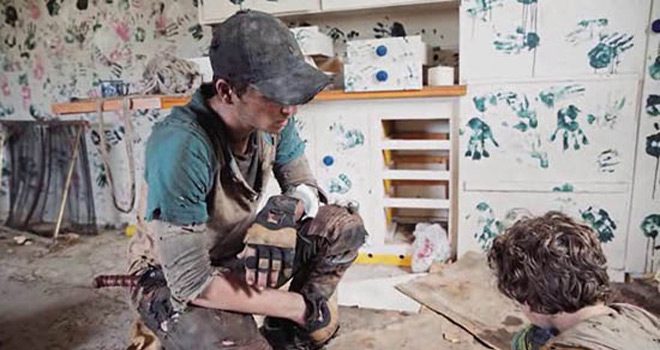 Furthermore, the cast of the film absolutely defy words with their acting abilities! Therinae, as the gorgeously deranged Matra, is divine, completely committed to every nuance of her complicated and sadistic role. Considering this is her acting debut, expect brilliant things from this little spitfire! Gerhardt and Moore are equally enchanting: Moore for his ability to portray the mute Benny with wide-eyed wonder, and Gerhardt for his skill in propelling the entire production forward.

Whether conflicted or committed, Gerhardt brings a certain sincerity to his hardened and battle-worn character, and yet he beautifully depicts love for his on-screen little brother with a delicate tenderness. While her role is not quite as complicated as some of the others, Santos (as Eve) is equally talented and worthy of praise.

We All Fall Down is a modern-day spin on the classic 1954 tale Lord of the Flies, a world in which adults no longer exist and children are left to battle it out for survival. Some stay largely solitary – trudging through the landscape as loners or in pairs – while others turn toward communal living and entrust their safety to a supreme leader. The attention to detail throughout the film is wonderful, fantastical, leaving characters in Tribal teddy bear garb and a little boy donning an old and battered Yield sign as a shield. Ah, the irony!

From start to finish, this is a unique film that places a spin on a tried-and-true classic and yet never forgets to pay attention to every minute detail in crafting its visuals and story. It is clear that Kurt Knight knows a little something about making movies, and we look forward to seeing what he will dream up next! For these reasons, CrypticRock give We All Fall Down 5 of 5 stars. 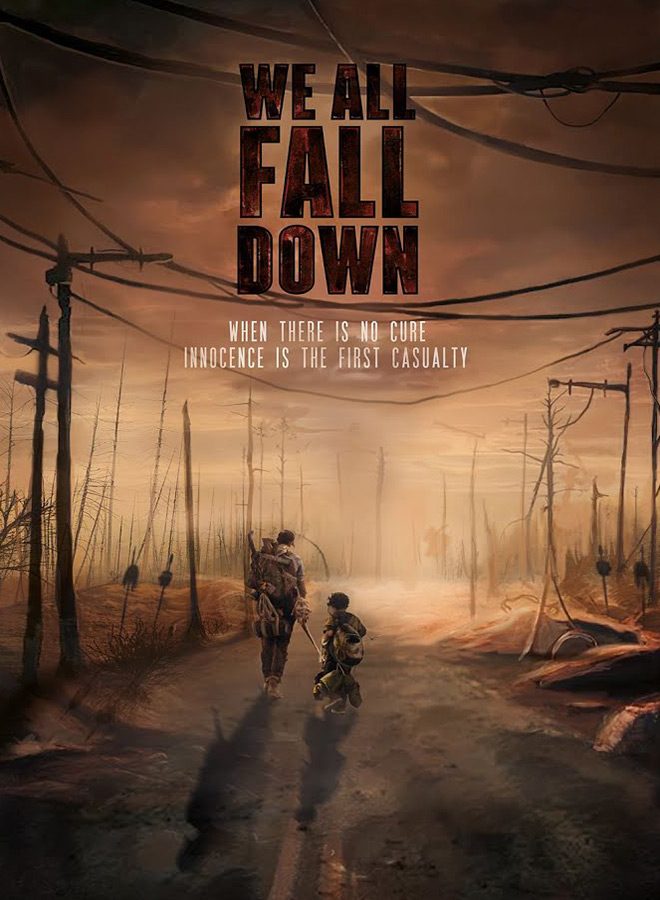 Purchase We All Fall Down: