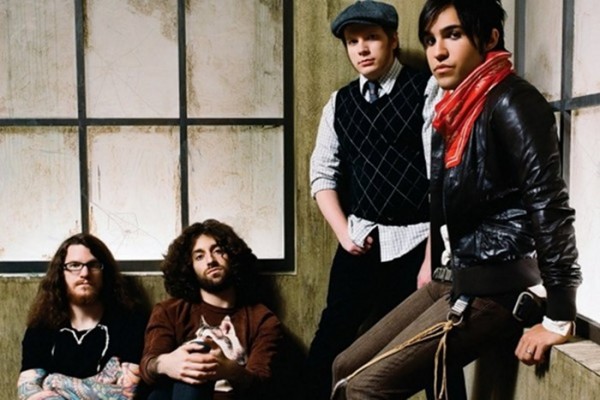 May third marked ten years since Fall Out Boy’s sophomore album, From Under the Cork Tree, became one of the most pivotal moments in the band’s career. Being the first album the band had time to sit down and write in Burbank, California, the record became an ideal first collaboration between Patrick Stump and Pete Wentz. This monumental album of the early 2000s music scene thrives with radio hits and nostalgic roots of Fall Out Boy’s Pop Punk star, creating a sentimental bridge from 2003’s Take This to Your Grave to 2007’s Infinity on High. It debuted at No. 9 on the Billboard charts and reached the incredible double platinum status, proving the early talent that Fall Out Boy used to skyrocket themselves to the top today. From Under the Cork Tree’s success is something that certainly deserves to be celebrated after remaining relevant for so many years.

The memory of this album is mostly reserved for the early 2000s radio hits that everyone can sing along to, whether someone is a hardcore Fall Out Boy fan or not. “Dance Dance” was the Pop Punk ballad of the era, epitomizing their infectious use of melody and Pete Wentz’s distinguishing bass line (and heartthrob attributes). The chugging instrumental style mixed with the unforgettable hook mesmerized the mainstream for its ability to be so Pop yet so Fall Out Boy at the same time. As the harder Rock side of the 2000s music scene was much more popular than it is today, “Sugar, We’re Going Down” became an iconic track of Fall Out Boy’s discography. This song can be simply put as the birth of Fall Out Boy’s anthemic qualities. Their catchiness, intensity, and distinct sing-along capabilities were first displayed in the chorus of this monumental track, later turning that energy into future Fall Out Boy anthems like “This Ain’t A Scene, It’s An Arms Race,” “The Phoenix,” and “Centuries.” Even when finding ways to create mass crowd pleasers, From Under The Cork Tree thrives with wholesome Punk Rock undertone (“A Little Less Sixteen Candles, A Little More ‘Touch Me’”) to stay true to their style and transition to each new record flawlessly.

Although the average twenty to thirty year old on the street could probably recognize some of these songs from the first note, long time Fall Out Boy fans can appreciate the hidden gems of From Under The Cork Tree. Although most of the album did not make it to radio hit status, it does not diminish the talent that the band has shown since the beginning. Hints of Fall Out Boy’s iconic sound and style resonate in “Nobody Puts Baby in the Corner” for its fast and jumpy melody that intertwines with their Punk personas. However, a strong trend of this album slowly fades as their career continues: unclean vocals. They occur briefly in each track, but provide the punch that is needed to drive these lesser known, yet successfully guided harder Rock tracks. The clashing instrumentals of “7 Minutes in Heaven” and the fierce vocals of “Get Busy Living or Get Busy Dying” throw back to Take This To Your Grave’s “Saturday;” although Fall Out Boy has moved on from this harsher style, “Saturday” is still played last at all of their live shows, conveying how important the early era of Fall Out Boy is to them.

A decade later and the impact of From Under The Cork Tree is still heavily relevant today. Now that so much time has passed, looking back at this game-changing record revives memories of favorites, revelation of the band’s musical path, and a powerful overlook on the music culture in an era that is quite farther back than we might have thought. Whether you love Fall Out Boy or hate them, there is no denying that From Under The Cork Tree affected the idea of Rock music in the 2000s like no other. 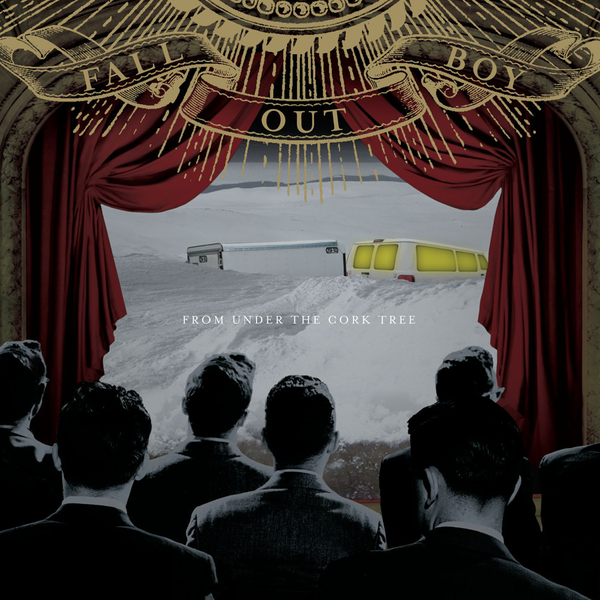 10 Year Anniversary, Fall Out Boy, From Under The Cork
Print page
0 Likes