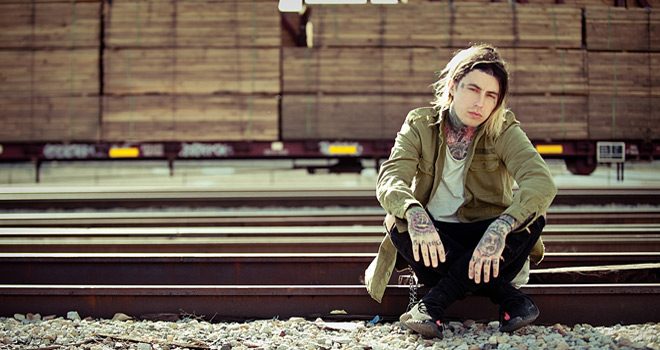 Some men are astronauts who explore crazy new worlds outside our galaxy, while others keep their feet on native soil but explore no less; their journey lies within the exploration of the human psyche and that never-ending abyss that is the human heart. Ronnie Radke is the latter: a Christopher Columbus of the sonisphere. Under the guise of Falling In Reverse, his latest studio effort, Coming Home, arrived on April 7, 2017 via Epitaph Records.

Some bands are born of desperation and despair and Falling In Reverse are most definitely one of them. The band got its start in 2008 when then Escape The Fate Vocalist Ronnie Radke came up against the law and the law unfortunately won. As the story goes, under conditions of his parole, Radke was no longer able to leave Nevada and Escape The Fate went elsewhere for a vocalist. Within a year, Radke had risen like that fiery phoenix of myth with Falling In Reverse. Their debut album, The Drug In Me Is You, was released in July 2011 and would go on to peak at No. 19 on the Billboard 200. Two years later, sophomore effort Fashionably Late peaked at an equally impressive No. 17 on the Billboard 200. 2015’s Just Like You followed.

A band that are known for their prolific tour schedule, over the past nine years, Falling In Reverse has shared stages with everyone from, ahem, Escape the Fate and Atreyu, to Chelsea Grin and Attila, amongst many, many more. As with all great bands of their genre, they have also performed on the Vans Warped Tour. A fan favorite time and time again, Falling In Reverse has won an endless stream of accolades from the likes of Alternative Press, Loudwire, Revolver, and Kerrang!

Coming Home, the most recent step in Radke and Falling In Reverse’s evolution is an eleven-song, cross-genre collection. A highly anticipated new release, it was produced by long-time friend and collaborator Michael “Elvis” Baskette (Alter Bridge, Slash, Trivium) and presents a mature Radke at his most emotionally bare. While over the years Falling In Reverse has seen a veritable plethora of lineup changes with Radke always as the anchor and core member, the band on record includes Guitarists Christian Thompson and Derek Jones, Bassist Zakk Sandler, and Drummer Ryan Seaman. This is the first album to feature Thompson and Sandler and will be the last to feature Seaman, who left the band as of April 11, 2017.

Reportedly written for Radke’s daughter, first single/video “Coming Home” is the transmission back home that no matter how far this musical astronaut might wander, he will always return home to his little girl. We could term this a 2017 power ballad, but that oversimplifies a track that, at times, is reminiscent of the synth-driven Starset and is all infectious, atmospheric genius. Radke’s vocals here are epic, reaching beyond the stratosphere with equal parts bloody honesty and completely infectious hope.

“Like a phoenix from the ashes I have risen from the deepest grave,” Radke confesses in the emotional “Broken.” A Rock-n-Roll anthem for the broken with brutally honest lyrics, the album’s second track presents layered vocals and a delicious Glam influence. There are more synth-created atmospherics in the song that brazenly proclaims Radke a “Loser” in love. While the track has an overall Pop Rock feel, there are some moments where Radke’s reported Rap influences rear their rhyming heads.

Radke not-so-lovingly tells an ex-friend to fuck off in the big, dramatic Pop Punk send-off that is “Fuck You and All Your Friends,” a vicious but fun tribute to an archnemesis (Perhaps this former pal is someone who has escaped their fate?). Of course, it is when Falling In Reverse sound the most demure that their lyrics tell a very different story. Take, for example, “I Hate Everyone,” a beautifully sunny tribute to a lady who has shirked our superhero and led him to tell those Shiny Happy People to go kiss a keister. It’s a little infantile, but that just makes it triple the fun!

Next on the agenda, Radke admits “I’m Bad at Life,” but he still wishes for his listeners to know that he is good in bed. So, there is always that, ladies! Of course, he is not one man that you want to cross, because – much like that kinder, gentler, blonder vixen Taylor Swift – he’s going to tell you off in a song and it ain’t gonna be pretty. The layered-harmonies are beautiful, the spirit of the song is vicious and it is all splendid, anthemic Punk, yet Pop.

“Hanging On” is a push-and-pull relationship, wanting to be sacrificed at the altar of someone’s love though you worry that they are indifferent. There are some elements of Emo at work here, but the track mostly reads as Pop Punk or simple melodic Hard Rock. With a triumphant return to the atmospheric, epic sounds of earlier, “Superhero” confesses that sometimes we cannot be Superman or Wonder Woman, instead we must simply do better. “I can’t save the world,” Radke admits.

Coming Home begins to wind down with the layered sonics of “Straight To Hell” followed by Radke’s heart bleeding on the confessional’s floor in “I Don’t Mind,” his most emotionally raw and blatantly honest offering to date. Those whose biggest fear is turning into their parents, well, they are not alone. The album ends with the aptly-titled “The Departure,” where Radke humbly requests that everyone pray for him, friends.

If Coming Home was a book, it would be that kind that you simply cannot step away from; the novel that you stay up all night to finish. A mature album that blends a motley crew of genres beautifully, it creates a package that truly feels like a return to something familiar and beloved. Radke is absolutely at his optimum on this, his fourth disc as Falling In Reverse. Would it be entirely uncouth to say that this is musical crack? You know what? Honey, there ain’t nothin’ wack about it! For the glorious rollercoaster ride, CrypticRock gives Falling In Reverse’s Coming Home 5 of 5 stars. 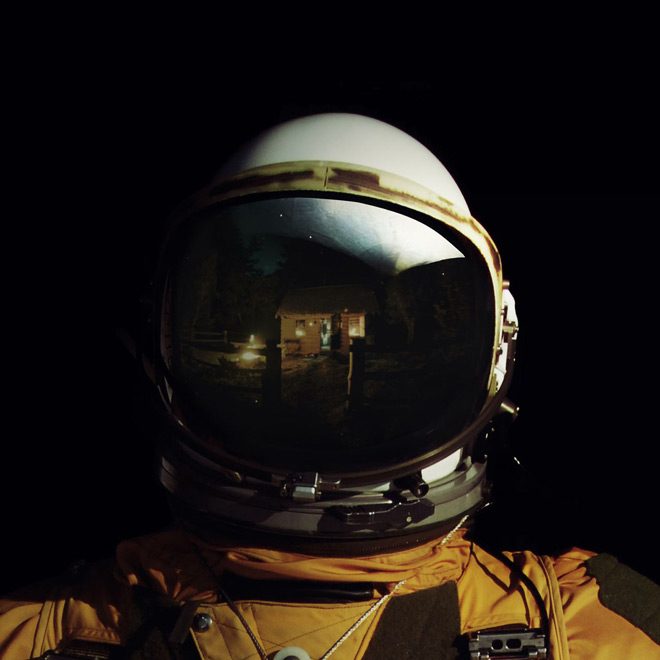