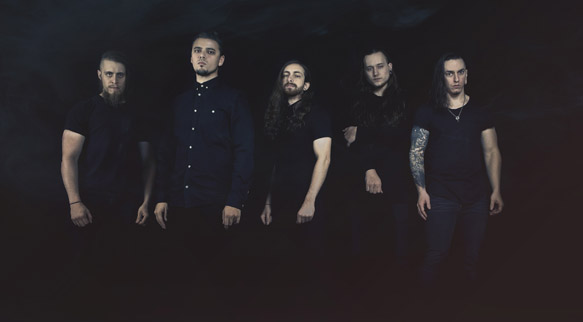 Credited as pioneers of the sub-genre known as Atmospheric Death Metal, San Francisco’s Fallujah has come a long way since their beginnings in 2007. Releasing their EP, Leper Colony, in 2009, it would be the genesis of what would become the band’s defining sound, mixing Technical Death Metal and Black Metal with atmospheric elements such as heavy reverb, delay, and synthesizers. Then, with their full-length debut, The Harvest Wombs, in 2011, Fallujah spun heads in the Technical Death Metal world, showing heavy brutality and combining it with softer Jazz and Rock sections.

All this being stated, Fallujah, is not content to be pigeonholed as Technical Death Metal or Deathcore. This was never more certain then the 2013 EP, Nomadic, which incorporated ambient sequences, clean guitars, and female vocals by Byanca Munoz. Now two years after The Flesh Prevails, the band’s aggression rises again on their latest release, Dreamless, out as of April 29th via Nuclear Blast. Produced by Zack Ohren at Sharkbite Studios in Oakland, California and Mark Lewis of Audio Hammer Studios, Guitarists Scott Carstairs and Brian James, Drummer Andrew Baird, Vocalist Alex Hofmann, and Bassist Rob Morey have pushed their own limits, adding even more complexity to their already aggressive, yet layered and nuanced approach.

Setting the tone for the record is opening track “Face of Death.” It features an atmospheric intro that explodes with drums and heavy guitars. Soft keys rise up behind it all before we get a taste of Hofman’s deep, gritty vocals. Melodic guitars frame a syncopated heavy mid tempo groove. The pace jumps on “Adrenaline” with fast double bass under sweeping keys and throaty growls that really open up Dreamless. Here, listeners get a healthy dose of Hofman’s voice, which, while toned and deep, fits well with the many other elements surrounding it. Next comes “The Void Alone” with synthesized guitars and complex melodies that occur over blasting drums. Here, Fallujah employs the help of Vocalist Tori Letzler, who shines as she helps widen the gap between the brutality and the beauty of this record.

Moving on, “Abandon” is a wide-open and airy track with an abundance of speed kicks trading with gentle passages. Sweet female vocals return, only this time they are provided by Katie Thompson, who adds yet another dimension to the heaviness. This track is more atmosphere where the Metal is more spread out among the keys and vocals. The manic “Scar Queen” follows and it also has plenty of movement with a very catchy melody running through it alongside the heavy vocals as well as relentless kick drums. This one is a more chaotic song off the album with Baird providing rapid fire drumming along with some dynamics, when necessary. In addition, Hofman delivers simple but powerful vocals with great passion throughout this song. On the title track, the band builds upon its atmospheric foundation using delay and synth to create a catchy bouncing groove. Here, the heaviness has not left, instead it is bound with angelic female vocals as Letzler and Thompson return once more.

Next, “The Prodigal Son” brings the speed and the ferocity back, but not before Carstairs and James combine for soaring guitar melodies and thick rhythms. Hofman shares the spotlight on this track with slick guitar melodies to create an epic-sounding piece. Baird and Morey connect underneath to form the complex and dynamic rhythms throughout the record, providing a tight solid foundation. Beginning innocently with light guitars, “Amber Gaze” builds as it progresses to a high-paced groove before breaking down into a heavier one as syncopated rhythms swirl within a larger theme. Then, without warning, comes perhaps the most powerful song on the album, “Fidelio.” which is also the shortest track. It begins with a piano and keys intro, and while sounds swirl to rise, a soft female whispers spoken word with no guitars, for a intense introspection.

Later on is “Wind for Wings,” which sneaks up on the listener, lulling them into a false sense of calm as it builds, unleashing guitars, bass, and drums with Hofman growling gritty vocals. This is a more progressive cut that combines elements of Death Metal with a New Age, Jazz feel. Complementing the mixture, Letzler returns adding her unique voice while Hofman surprises, showcasing a clean vocal for a verse near the end of the song. The penultimate track “Les Silences” pushes the boundaries, further employing heavy synths and drum loops that move to the other side of the spectrum, resembling an EDM piece. Finally, “Lacuna” is the culmination of what has occurred throughout Dreamless with speed Metal kick drums, heavy rhythmic guitars, and soaring vocals. There is plenty of atmosphere along with the return of Thompson’s angelic vocals gracing this aggressive composition with beauty and delicacy.

As songwriters, Fallujah continues to grow. Determined to inject true emotion into their music, they pride themselves on making their audiences feel more than just impulse. With that said, Fallujah offers a unique listening experience with Dreamless. At times dreamlike and at others nightmarish, this record covers a wide spectrum of styles, and genres. The music breathes deeply while suffocating with speed and aggression. So many vastly different elements are combined with precision to great effect, showing their dexterity, ingenuity, and ferocity. Using feel changes, tempo changes, gripping lead guitar work, powerful, pervasive vocals, super-fast drumming, and vast soundscapes to convey emotion, Fallujah is carving their own path through the undefined. CrypticRock gives Dreamless 4 out of 5 stars. 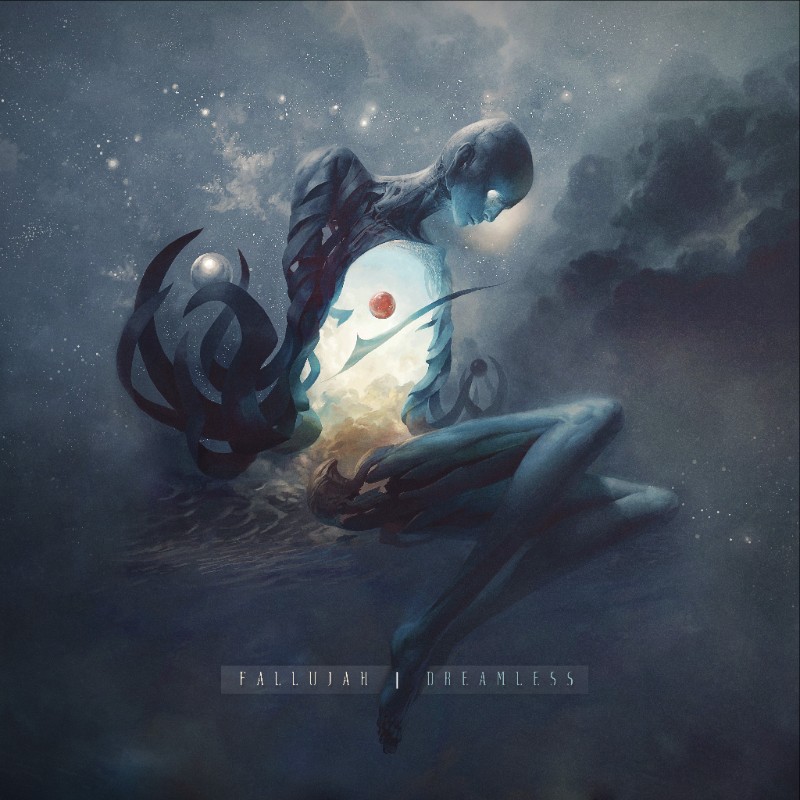