The Fate of the Furious (Movie Review)

Initially a film from 1955, in modern times, The Fast and the Furious series has been a successful franchise for over 15 years now. Begun with 2001 The Fast and the Furious, every film tends to top the previous one, filled with additional actors and incredible stunts used by fast cars. Keeping the engine running, the eighth film of the franchise, The Fate of the Furious, hit theaters on April 14, 2017 via Universal Pictures. 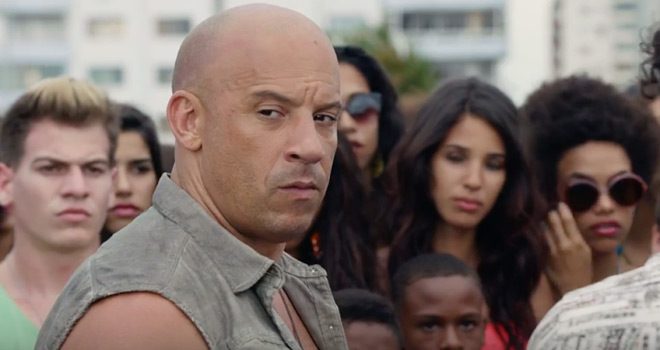 Directed by F. Gary Gray, known for work on such films as 1995’s Friday and 2015’s Straight Outta Compton, just to name a few, he is the fifth director to work on the franchise. While the names behind the writing and directing may change, The Fast and the Furious franchise has always kept one theme going, the emphasis of family. Family is important to them, more than anything else. The cast consists of award winning actors Vin Diesel, Dwayne “The Rock” Johnson, Jason Statham, Michelle Rodriguez, Tyrese Gibson, Chris “Ludacris“ Bridges, and Charlize Theron, among others. With Letty Ortiz (Michelle Rodriguez: Machete Kills 2013, Furious 7 2015) back home with family, she goes on her honeymoon with Dominic “Dom” Toretto (Vin Diesel: Guardians of the Galaxy series, xXx series) in Havana, Cuba. There, Dom is approached by a cyberterrorist, Cipher (Charlize Theron: Mad Max: Fury Road 2015, The Huntsman: Winter’s War 2016) who coerces him to work for her.

Shortly after that, Dom and his team consisting of Letty, Roman Pearce (Tyrese Gibson: Furious 7 2015, Ride Along 2 2016), Tej Parker (Ludacris: Max Payne 2008, Furious 7 2015), and Ramsey (Nathalie Emmanuel: Furious 7 2015, Maze Runner: The Scorch Trials 2015) are recruited by Luke Hobbs (Dwayne Johnson: Moana 2016, Fast & Furious series) to help retrieve an EMP device in Berlin. Successfully retrieving it, the team is double-crossed by Dom and goes rogue. Hobbs is arrested and put into prison, same prison Deckard Shaw (Jason Statham: Spy 2015, Mechanic: Resurrection 2016) was put from the previous film. Both escape and were able to report back to the team and intelligence operative Frank Petty (Kurt Russell: Furious 7 2015, The Hateful Eight 2015). 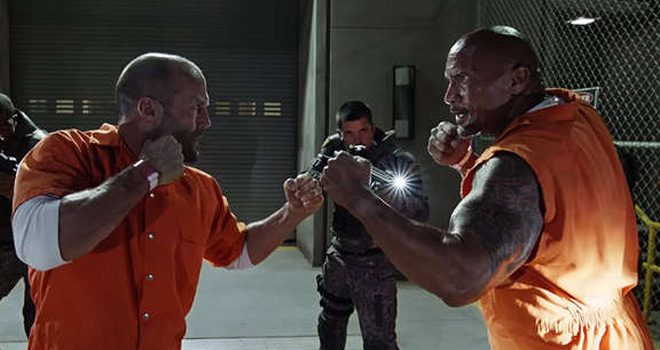 With the help of Deckard Shaw revealing that Cipher had previously encountered with his team, they try to locate her and Dom using God’s Eye, a GPS to specifically target their location anywhere in the world using nearby electronics and sound waves. With Dom beginning to question Cipher’s motives, she reveals that Dom’s ex-lover and DSS agent Elena Neves (Elsa Pataky: Snakes on a Plane 2006, Fast & Furious series) has their son, previously unaware of, hostage in order to keep Dom loyal to her.

Cipher’s next step in her masterplan was to retrieve the “Football” held by a Russian Minister of Defense located in New York City. The team locates Dom and intercepts the mission, preventing him from retrieve the football. Dom escapes with it, and in the process shoots Deckard and kills him. Cipher helps Dom escape by hacking into all of the autonomous cars and reprogramming them to auto-drive wrecking and damaging everything in the city. Letty catches up to Dom but is nearly killed by Cipher’s enforcer Connor Rhodes before Dom rescues her. In retaliation, Cipher has Rhodes kill Elena in front of Dom. 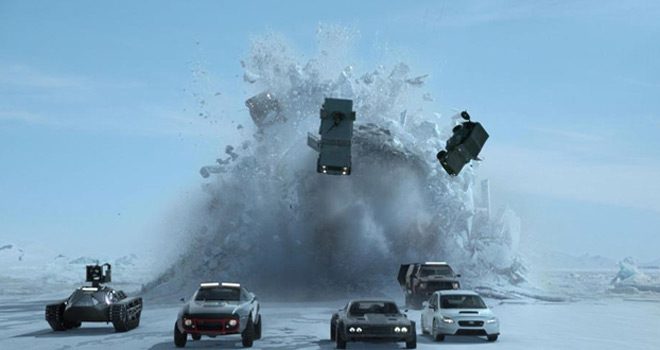 Dom is sent to Russia to use the EMP device to disable a nuclear submarine so that Cipher can start a nuclear war launching missile strikes. The team has intercepted her plans again. Meanwhile, Deckard is still alive and infiltrates Cipher’s plan to rescue Dom’s son with the help of his brother Owen Shaw (Luke Evans: Beauty and the Beast 2017, The Girl on the Train 2016). Successful rescuing his son, Dom kills Rhodes and rejoins his team. Cipher manages to launch one of the missiles to attack Dom but divergently gets away causing the missile to hit the submarine. Cipher manages to escape by parachuting off the plane. While Cipher has escaped and still at large, the team has settled in New York City. What will the final outcome be?

Thus far, The Fate of the Furious has grossed over 1 billion dollars worldwide, the second highest grossing film in 2017, and twentieth highest grossing film of all time. That said, the blockbuster movie is filled with jam-packed action that keeps viewers on their toes. With the anticipation of films 9 and 10 scheduled for 2019 and 2021, it would not be a surprise if these films break even more records. CrypticRock gives The Fate of the Furious 4 out of 5 stars. 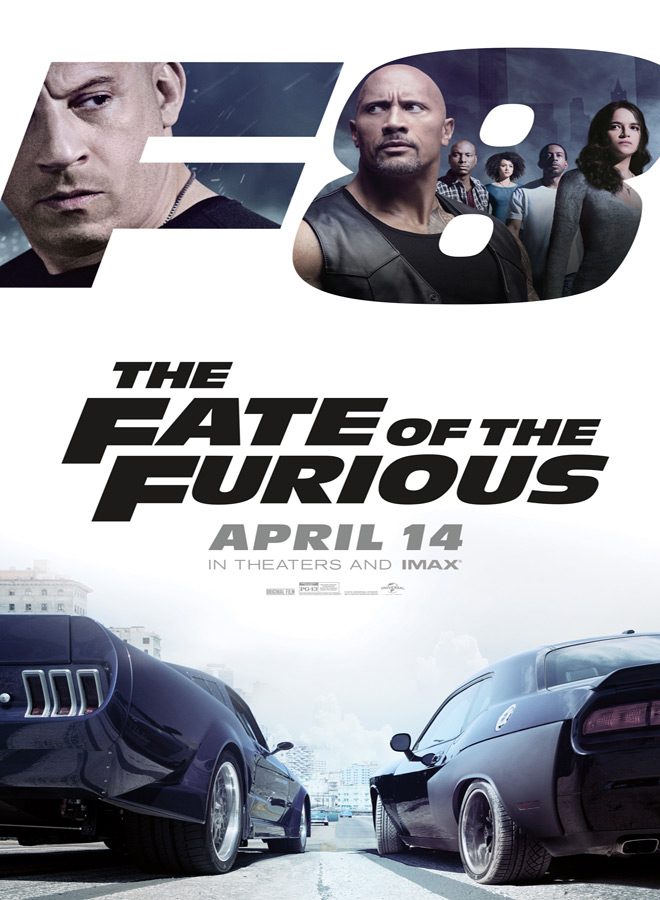