Prior to the much anticipated sixth season, creators of The Walking Dead introduced their audience to a companion series. To ease the wait for the new season to start, Fear The Walking Dead first aired on August 23, 2015 via AMC. This new spin-off featured a different story and time from the original series, set in Los Angeles and it displays a different point of view of the Zombie Apocalypse, following a group of people who experience it in the beginning stages.

While Rick Grimes lies in a comatose slumber on the East Coast, the world quickly slips into chaos as the dead suddenly come back to life. The first to witness this is Nick Clark (Frank Dillane: Harry Potter and the Half-Blood Prince 2009), a junkie who is used to living day by day. His word is outright ignored at first, but the community quickly realize that something is going on. When cops begin shooting the infected on the streets, citizens begin to riot, rebelling against the necessary authorities. 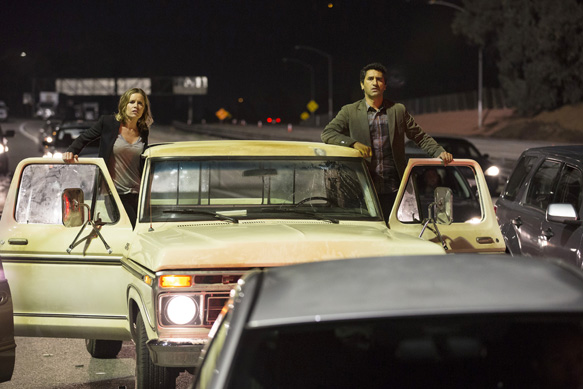 Back at home, Nick deals with the withdrawals from heroin with the help of his widowed mother and sister, Madison and Alicia (Kim Dickens: Hollow Man 2000, The Blind Side 2008 and Alycia Debnam-Carey: The Devil’s Hand 2014, Into The Storm 2014). Madison and her boyfriend Travis (Cliff Curtis: Live Free or Die Hard 2007, The Last Airbender 2010) make plans to drive East, but first, Travis must retrieve his ex-wife and son, Liza and Chris (Elizabeth Rodriguez: Blow 2001, Miami Vice 2006 and Lorenzo James Henrie: Star Trek 2009, Paul Blart: Mall Cop 2). Their able to meet in the middle of the city, right when the riots break out, forcing them to seek refuge in a barber shop with the Salazar family, Daniel, Griselda, and Ofelia (Ruben Blades: X-Files 1997, The Counselor 2013; Patricia Reyes Spindola: Todos están muertos 2014; and Mercedes Mason: Quarantine 2: Terminal 2011, Sniper: Legacy 2014). As the city spins more out of control, they retreat and make their way back to Madison’s house. Before they can carry out their plan to drive East, the military takes over and quarantines them, providing a safe haven for the time being.

From there, it is operation cleanup, taking out the threat on the outside, while the rest keep attendance and an inventory inside the gates. They cross the line when they transfer those who need medical attention, also taking those against their will, including Nick. Out of desperation, Daniel and Ofelia take a soldier hostage, and soon learn of Cobalt, a mission to kill the remaining civilians while the guardsmen evacuate the city. Mere hours before the initiation, they lead a horde of 2000 walkers to the National Guard in attempt to save Nick, who has made a new friend inside the base named Strand, a smooth talking millionaire who can buy and sell his way out of anything. He tells Nick of his own escape plan toward Abigail, a yacht anchored just off the coast. They barely escape the base with their lives, and not without sacrifice. At Strand’s mansion, a new reality begins to take shape as they assess a new life that awaits them. 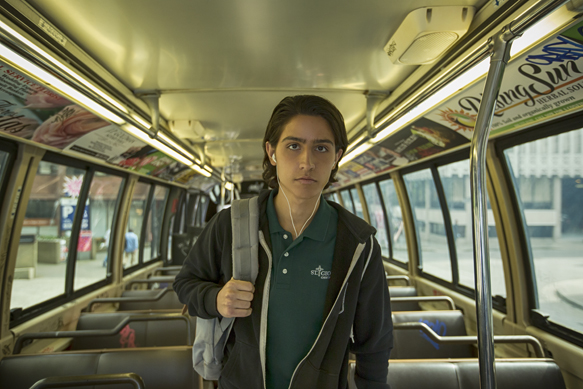 Although this is familiar territory for the writers and creators, Fear The Walking Dead is a completely different show. With the fans already invested in its predecessor, it was a no brainer that it would automatically capture their attention, but would it hold? Throughout the last five seasons of The Walking Dead, characters have shared snippets of their survival stories in the “beginning.” For most, experiencing the alternate perspective was a dull and slow ride.

To be fair, these elements should be expected for obvious reasons. Civilization as we know it is still standing, with every day lives being carried out- people going to work, kids going to school, cell phones, and electricity are still up and running, and if you are hungry, you can simply stop somewhere and grab a bite to eat. Society today has expressed erratic behavior when without power for long periods of time. Add the threat to a pandemic to that, and the question of how the world changes becomes a much darker one. Behind the scenes crew of The Walking Dead have always prided themselves of creating situations as “realistic” as possible, and they should continue to pat themselves on the back for that. Fear The Walking Dead unfortunately did not deliver the whole package – where it developed in story, it lacked in the execution. 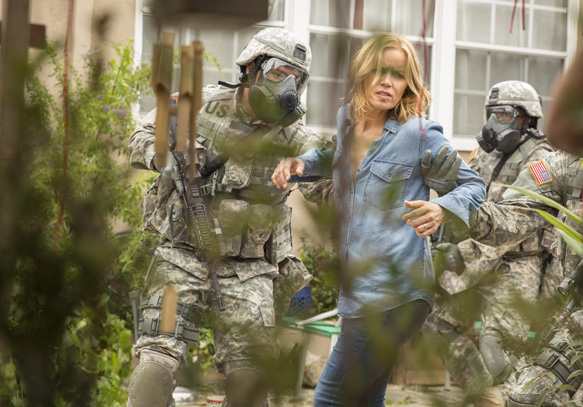 Initial reactions to the sudden changes seemed forced, facial expressions and tone of voices did not always reach a level of believability. It could be argued that the intended mood was supposed to be in some sort of shock, people who could not accept what was in front of them. Unfortunately, all this accomplished were climactic moments that were cut too short, not allowing the viewer to sympathize with any of the characters. There were too many moments where they would retreat back into themselves and hold on to whatever normalcy they were adjusted to. Character development is always important, but without the balance of action, it does not connect and stay with the viewer. Killing off a main character in the finale in such a theatric and sappy way came across fake and corny.

Needless to say, it was a disappointing start for Fear of The Walking Dead. Completing six episodes in a relative short period, Season Two already is under way. Perhaps a new setting into the open waters can create a scenario fans will want to be a part of as the spin-off moves forward. As always, the fans will be the final judge, as Fear The Walking Dead has a lot to prove in its next chapter. CrypticRock gives Fear The Walking Dead Season One 3 out of 5 stars. 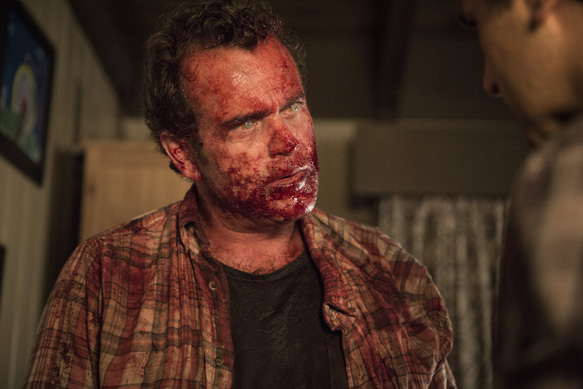 For more on Fear of The Walking Dead visit AMC