Feed Her To The Sharks – Fortitude (Album Review) 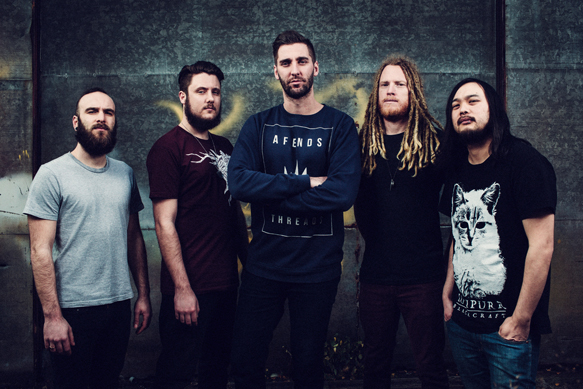 Well known label Victory Records has signed Feed Her To The Sharks, one of the most promising Deathcore hate bolts from Melbourne, Australia. Formed in 2008, the band self-released two full-length albums, The Beauty Of Falling (2010) and Savage Seas (2013). In the contemporary flood of Metalcore bands, it is very difficult for a young band such as Feed Her To The Sharks to set itself apart from other genre-combatants. Using typical trademarks from the scene, like alternating aggressive and melodic vocals and hyper, bulldozing guitar rhythm work, the band does stick out in their own way. Sustaining their original lineup, with Andrew Vanderzalm on vocals, Kim Choo and Marinos Katsanevas on guitar, Robert Davies on bass, and Andrew Cotterell on drums, the band now delivers their third output and debut for Victory Records, titled Fortitude. Utilizing one of the most renowned Melodic Death Metal producers, Frederik Nordström, Fortitude immediately becomes that much more intriguing to listeners. Listening to some of the stellar guitar solos from Katsanevas, one would think this band should be headlining shows internationally with no resistance. With Fortitude, this band shows their diverse approach that keeps the record afloat, where other modern releases sink.

Starting off the album is the single “The World Is Yours,” which features alternating growled and clean vocals that may remind a bit on Dark Tranquillity’s Mikael Stanne. Next, “Chasing Glory“ reduces the throttle, but is not any less brutal. The electronic sequencer parts decentralize the sound, which is a distinguishing quality from other scene veterans. Continuing to melt away the trademarks aspects of the genre, “Burn the Traitor“ features an ultra brutal double bass staccato attack, along with a very tight guitar and punching drum and bass work, which peaks in Black/Death Metal style chorus. Keeping the assault consistent, “Shadow Of Myself“ and “Terrorist“ are cut from the same cloth, coming at the listener’s ears with the extremely rough, brutal vocal performance of Vanderzalm, along with the thrashing instrumentation. Coming along with a more electronic texture by Choo are “Heart of Stone” and “Walking on Glass.” Each track shows vast emotion and the uncompromising range of Vanderzalm. Closing out the album with perhaps one of the strongest songs of all, “Let Go” is lyrically an uplifting piece about strength, independence, and one’s will to live.  If the band is able to bring together these ingredients this perfectly in the future, then they will undoubtedly become one of the big names on the scene.

Feed Her To The Sharks shock the scene with brutality, accented with strong melody that will leave some of the listeners short of breath. The instrumental presentation is embossed by such an extensive, unequaled rage that the listener may need some runs to recognize the quality of Fortitude. It is time Melodic Death Metal and Black Metal elitists break free of their stereotypes and be impressed by Feed Her To The Sharks. On the other hand, fans of the Metalcore genre who expect more than carbon copy act will be refreshed to hear this album. CrypticRock gives Fortitude 4 out of 5 stars. 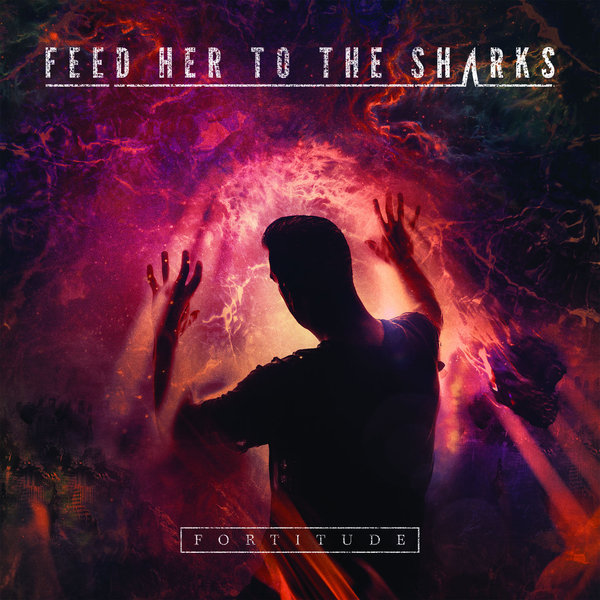