Set for release on August 2nd On Demand, Peter Proffit/Happy Hour film production Feed the Devil marries mythology from the Peoples of the First Nations of the Americas with a modern Thriller to good effect. Written by Max Perrier (Dead Man’s Luck 2006) and Matthew Altman (debut full-length film), it comes with a powerful message, “Respect the land and your fellow man, even if his skin is a different color or his beliefs diverge from your own.” With that said, it is an exploration of condescension, prejudice, and desperation set in the rugged wilds. 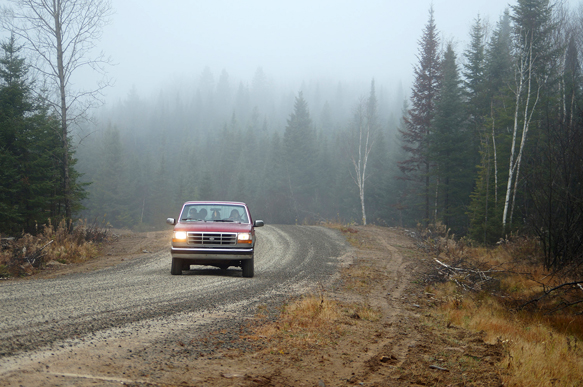 The story begins with Marcus (Jared Cohn: Pernicious 2014, Sharknado: Heart of Sharkness 2015), desperate for money and in need of escape from a dysfunctional family, hearing of a crop of “weed” on a reservation in Alaska. To harvest the marijuana, he, his girlfriend Stella (Victoria Curtain: The Saturday Post 2011, He Loves Me Not 2011), and Stella’s younger sister Lydia (Ardis Barrow: A Crime to Remember 2013, Abstract Poverty 2015) trespass on sacred native land despite warnings that no man emerges alive from the Hunting Ground of the Gods.

Sweeping scenery closes in to set a feeling of foreboding, and mishaps predictably assail the trio. Stella goes missing, and instead of seeking police involvement, Marcus and Lydia kidnap a native woman, Mai (Nahka Bertrand in her debut film) wearing red boots like Stella’s who communicates with gestures. They demean and harass Mai, demanding she take them to Stella. When they run afoul of a trap in the road, Marcus follows Mai to her humble abode where she plies him with food and drink. Inexplicably, Lydia remains with the truck in the inhospitable cold where a mysterious spirit accosts her, dragging her by the hair through the wilderness. When she returns to the truck, flames engulf it. Marcus returns from his visit with Mai angry about the truck, but glad to have found a way to their destination, a boat. 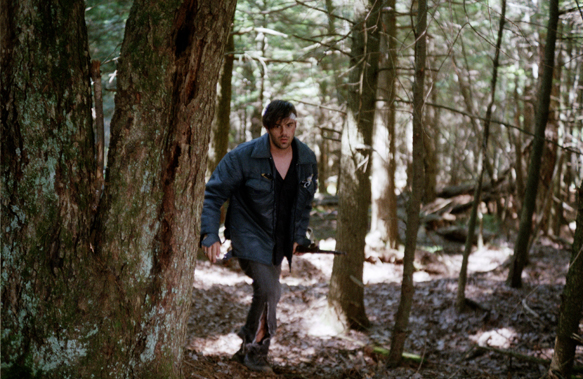 On the lake, mists swirl and trees cast eerie shadows over waters littered with skeletons floating just below the currents. The boat takes on water, and although Lydia swears she cannot swim, they somehow reach the haunted shore. The game of hunter-versus-hunted begins. Despite Stella’s disappearance, attacks on the couple by angry native gods and their forces, and an abundance of creepy skeletal displays, Marcus continues to seek the drugs. After a series of brutal, merciless attacks and a rescue, Marcus again ignores warnings, does not seek intervention from the authorities, and kidnaps a young native man Odjiri (Tyson Houseman: Twilight series) to return to the hunting ground in a rescue attempt. 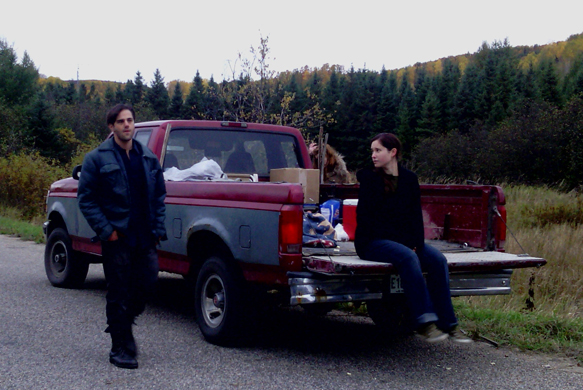 Despite the characters’ improbable reactions and appalling dialogue, Writer/Director Perrier and Co-Writer Altman prove lush filming and a retelling of primal, aggressive folklore builds suspense and makes for good filmmaking. Silence interspersed with an interesting soundtrack by Miksa Kovek adds to the tension, and sweeping cinematic work builds to the inevitable. In addition, make up and special effects work to lend believability to this Psychological Drama. Having already been released in Finland in late 2015, it will be interesting to see how North American audiences react to the film upon its release. For such reasons, CrypticRock gives Feed the Devil 4 out of 5 stars. 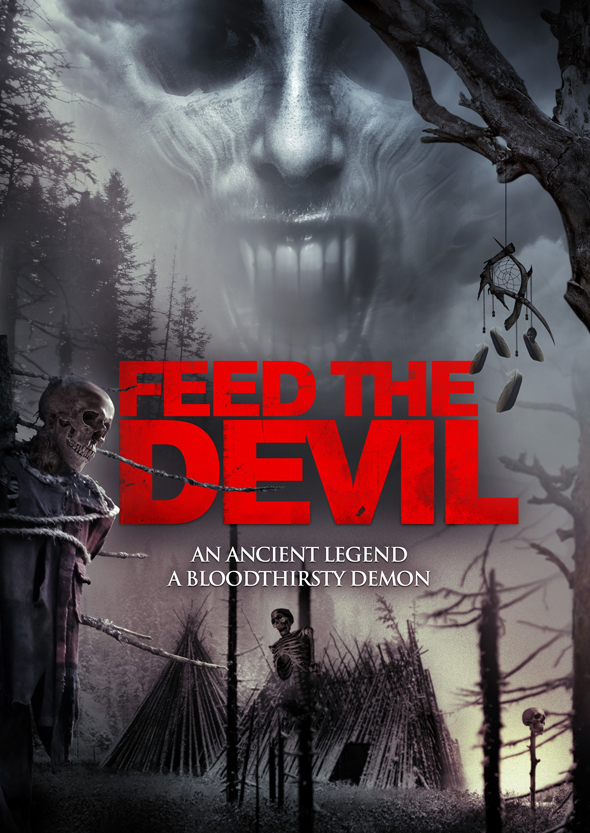 Purchase Feed the Devil on Amazon