Everybody has got the fever, or so says the song most notably performed by Peggy Lee. Steaming the mood up, in a less romantic way, comes the French film entitled Fever. Initially released in France back in 2014, two years later, Fever found distribution in the USA on DVD in May of 2016 while receiving VOD release as of December 5th via Artsploitation Films. A story adapted from a Leslie Kaplan novel, it emphasizes the banality of evil, and how even non-evil people can do evil things. Now after patiently waiting, the compelling debut from Screenplay Writer/Director Raphael Neal can now reach a broader audience. 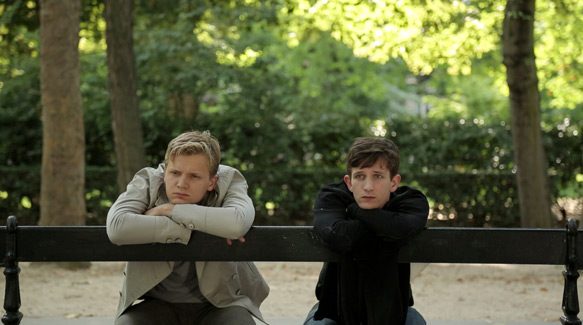 Taking place in modern Paris, it follows two teenage boys, Damien Hersant (Martin Loizillon: Maison Close 2013, Un village francais series) and Pierre Simonet (Pierre Moure: Paris 2015, Pop Note 2015). Damien and Pierre have a close bond and in a few days will be sitting their final exams and finishing high school. Despite coming from wealthy families, they plan and do kill a young woman they see while out. A complete stranger to them, after the murder they go about their daily routine and continue going to school.

Then there is Zoe (Julie-Marie Parmentier: The Visitors: Bastille Day 2016, Ceasefire 2016), an optician who sees Damien and Pierre out one day and is convinced they are responsible for the woman’s death. This leads her to follow the boys and conduct her own strange investigation of the murder. What Zoe discovers about the boys and herself, forces her to reevaluate her own life and question her place in the world. 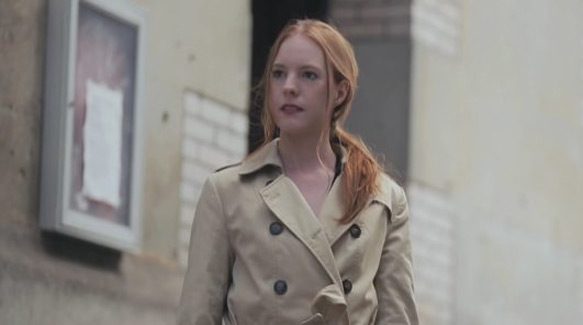 As the days pass and their final exams draw closer, Damien becomes convinced his grandfather, Rene (Philippe Laudenbach: Chefs 2016, A fond 2016), is in fact an infamous nazi war criminal and this drives him to discover the truth, and effectively transfers his guilt onto his grandfather. He and Pierre spend a great deal of time looking for proof all while spending spare time playing strange games with each other, blurring the distinction between gender.

Fever is an almost surreal film with more focus on Damien, Pierre, and Zoe’s inner struggles, and how the murder affects them on a personal level. In a legal sense, the film includes no justice in terms of the woman’s murder, nor the boys’ or anyone else’s arrest, however this is not the point of the story. The murder is in the background and Fever is a character-driven movie which focuses on the emotional torment the woman’s death has on all of them.

Furthermore, the motiveless crime creates a different kind and long-lasting fear within the viewer, who are forced to face the idea anyone could be murdered for no reason. In addition, Damien and Pierre’s age cements the fact even young people can be murderous. These facts combined make for uncomfortable and uneasy viewing for all the right reasons. In some ways, it is similar to the American 2002 film Murder by Numbers, though without the play and conflict between the police and the killers. 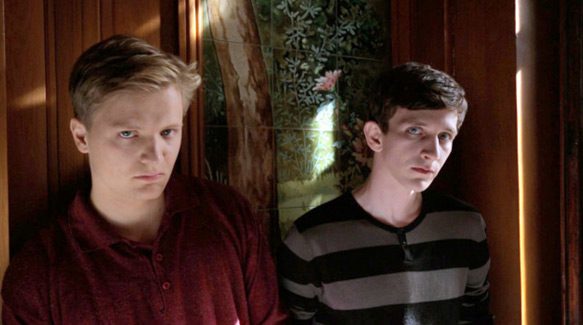 Within the runtime of Fever, there are no big highs or lows, but rather there is a constant level of emotional torment. As a Drama, there are limited special effects, though the highly imaginative cinematography by Nicolaos Zafiriou (Gone 2016, Cruel is the Night 2016) is gritty and textured enough to enthral the viewer. Likewise, the English subtitles for the non-French speaking viewers does not detract from the cinema experience. Certainly an intriguing watch with the open ending, it allows viewers to wonder what will happen next. For these reasons, CrypticRock gives Fever 4 out of 5 stars. 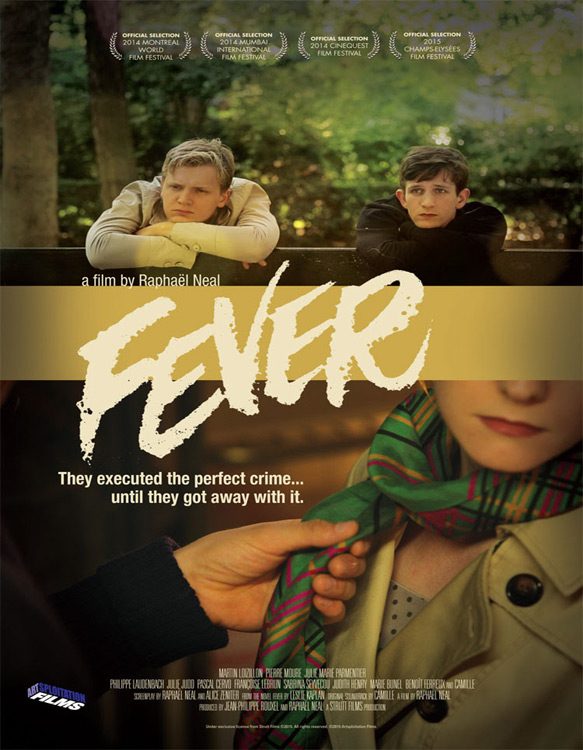