The Fifth Element – 20 Years After The Multi-Pass

Twenty years ago, a French Science Fiction film sailed audiences on a Fhloston Paradise cruise ship full of Mangalores, explosions, and a badass alien girl with bright orange hair. Directed by Luc Besson (La Femme Nikita 1990, Lucy 2014), on May 9th of 1997, The Fifth Element was gifted to the world.

Produced by Gaumont and distributed by Columbia Pictures in the U.S., the now cult classic is considered both the best and worst summer blockbuster of all time, depending on whom you ask. Even still, the film garnered approximately $263 million at the global box office and remained one of the highest grossing French film in history, making it well worth reflecting on two decades later. 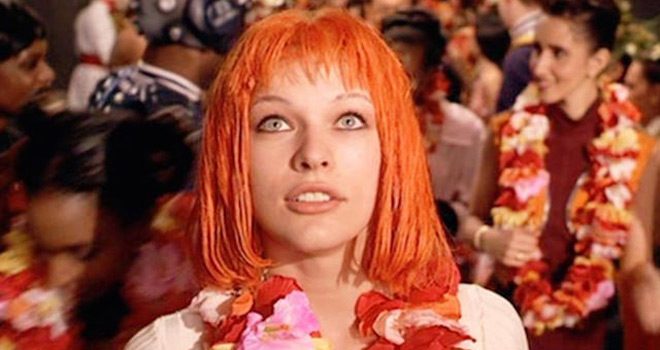 Starring Bruce Willis (Die Hard 1988, The Sixth Sense 1999) as taxi driver Korben Dallas and Milla Jovovich (Resident Evil 2002, Ultraviolet 2006) as “perfect” alien lifeform Leeloo, the movie tells a story of an evil alien force that can only be stopped by a mystical “fifth element” super-weapon. It is a visual bonanza of zany action-adventure, working as both tribute and spoof of classic Sci-Fi pulps. Besson wrote it to show that Sci-Fi does not require darkness and bleak backgrounds. Even critics that despise it agree that the film’s colors, props, and effects are wildly imaginative and immersive.

A variety of well-known actors played unforgettable, campy characters that Pop culture embraces even now. Gary Oldman (Bram Stoker’s Dracula 1992, Batman Begins 2005) plays villain Zorg, self-described as a cross between Presidential candidate Ross Perot and Bugs Bunny. Ian Holm (Alien 1979, The Lord of the Rings: The Fellowship of the Ring 2001) bumbles along as the priestly protector of the super-weapon. In addition, Chris Tucker (Rush Hour 1998, Silver Linings Playbook 2012) gave his most flamboyant performance ever as over-the-top entertainer Ruby Rhod. Even ’90s teenage heartthrob Luke Perry (Beverly Hills, 90210 series, Riverdale series) has a bit part at the beginning of the film.

Of all the wacky characters, the most iconic may be blue-skinned Diva Plavalaguna. Maïwenn Le Besco (Léon: The Professional 1994, Polisse 2011) performed the role, but Albanian soprano Inva Mula dubbed the opera song. It featured music from Gaetano Donizetti’s Lucia di Lammermoor: “Il dolce suono.” While recording, Inva Mula claimed some note transitions were impossible for the human voice, so she sang the notes individually. However, one can find a woman on YouTube that nails the song with haunting perfection. 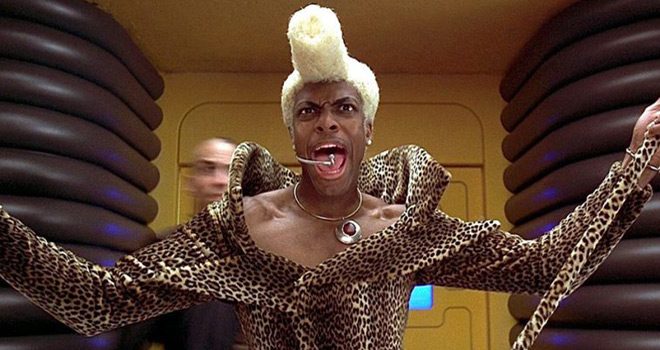 Underneath the surface, The Fifth Element displays a variety of themes from environmental tragedy to government corruption. Besson claims he did not intentionally play to specific themes, but religion, pollution, and vanity are rife within the film. It mirrored similar themes from 1982’s Blade Runner, even to exploring what constitutes “life” and “humanity.” Interestingly enough, in 2016’s X-Men: Apocalypse, a scene plays out where the antagonist touches a t.v. and learns the history of Earth. Borrowed from The Fifth Element, where Leeloo did the same from the internet, both characters use the information in different ways, but the conclusions are the same-humanity is flawed.

Through the years, The Fifth Element has been referenced and spoofed in a variety of ways, but lives on because its eccentricity and fun. The visuals of the film borrowed heavily from the work of French Comic Artists Jean “Mœbius” Giraud and Jean-Claude Mézières, who were also hired for production design on the film. With filmmakers reaching for the farthest depths of dark and gritty over the past few decades, Besson wanted a bright, colorful film that checked off Sci-Fi tropes, but did it with flair. Modern films still trend toward the dark and gritty, but movies like 2009’s Avatar and 2015’s Jupiter Ascending emulate The Fifth Element and mix classic Sci-Fi with dynamic hues.

Jovovich has also cemented her profile in film as an ass-kicking leading lady, starting with The Fifth Element. She continued a long tradition started by women like Jaime Sommers’ Bionic Woman and Sigourney Weaver’s Ripley from 1979’s Alien. Since, she starred as zombie-slayer Alice in six Resident Evil films. To this day, Jovovich continues to inspire and break barriers for women in Action films. Besson even created a “divine” language for The Fifth Element, which Jovovich refined, given she already spoke four languages. It had 500 words in it, with Jovovich and Besson writing each other letters for practice. So involved, Besson even left actress Maïwenn to marry Jovovich due to connection while making The Fifth Element. 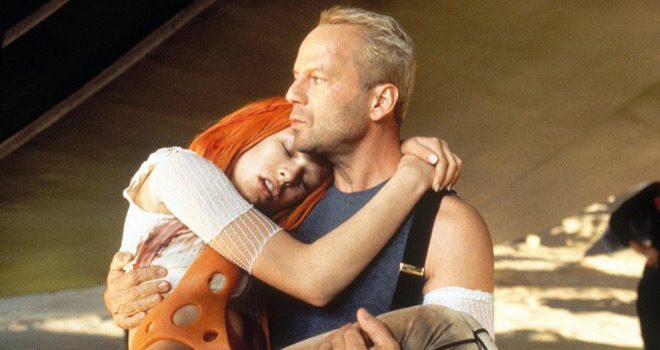 Sustaining an impact, The Fifth Element was nominated for Best Sound Editing at the 70th Academy Awards and for Best Sound Editing at the 1998 Golden Reel Awards. It also inspired two video games, one self-titled for Sony PlayStation and PC and a racer for the PS2 called New York Race; both were considered flops. Given its 20th anniversary and the success of Besson’s recent film Lucy, as well as the buzz around his upcoming Valerian and the City of a Thousand Planets, The Fifth Element has been thrust back in the spotlight. Despite rumors of a sequel, Besson consistently shoots them down, saying that he has no interest in such a project.

Overall, The Fifth Element is arguably one of the best known Sci-Fi Action flicks of the ’90s era. It seems one of those diametric “love it or hate it” movies that almost everyone has seen. If you walk up to random strangers and ask them for their “muuulti-paaasss,” a majority would grin. The rest might punch you in the face, so please refrain. Regardless, there is no denying this extraordinary Sci-Fi adventure, even after twenty long years. 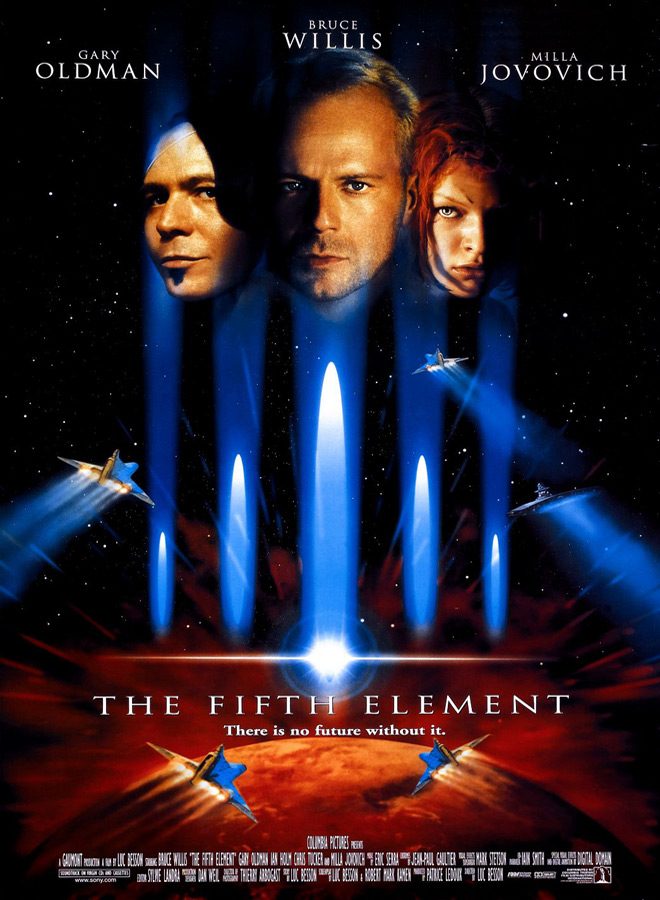 To mark the 20th anniversary celebration, Fathom Events and Sony Pictures Home Entertainment are hosting a nationwide, two day theatrical release of The Fifth Element on May 14th and 17th. Learn more here.