With ambition like no other and an ultramodern Metal sound, Norway’s Fight The Fight is anything but conventional. Although, just recently getting wrapped up in this new project, Lars Vegas (vocals), Amok (guitar), Lord (guitar), HM (bass), and Detyler (drums) have been jamming together ever since their earlier days; meeting in school and sticking together to form a bond. With intentions and goals set high, the guys went out with a dream in mind and came back with an even better reality; better known as Fight The Fight.

While initially being recognized as Faenskap for a large portion of their being, their hard work and determination brought great music and even better live shows; still being true to this day, even into this next chapter of their lives. Continuously shocking their audience and somehow getting even better each and every day, nothing amounts to the pure energy and talent of Fight The Fight. Fresh out of the studio with an absolutely insane debut, their first ever full-length, the self-titled Fight The Fight, is seriously thrilling.

Released to the public on January 27th via Indie Recordings, it all begins with the title-track, “Fight The Fight,” perfectly summing up the entirety of the album and their persona. Heavy and hardcore, this piece is exhilarating and showcases a wide variety of skill; everything from the compelling vocals and lyrics, to a powerful guitar solo. Completely invigorating, “The Edge” highlights memorable instrumentation and lyrics, a noticeable recurring theme throughout. Wholly masterful, it is already plain to see an album of the year in the works.

Changing things up slightly, “The Other Side” is a bit toned down compared to the first couple of tracks. A favorite off of Fight The Fight, this track is perfect, definitely confirming rumors of the album’s greatness. Absolutely transcending, this will clearly be one of the most intriguing Metal albums of the 2017. Picking things back up, “Perfect Combination” is a complex piece, heavier than most off of the record. Completely successful, Fight The Fight have totally outdone themselves, giving listeners a true work of art to call their new favorite album.

Fueled by aggression, “Addictions” is a fast-paced and expansive piece. With funky guitar riffs and an overall progressive sound, each track warrants its place on the album, making something truly to be proud of. Another favorite off of Fight The Fight, “This Is War” is slightly more enthralling than most. Captivating raspy vocals and catchy instrumentation, this piece stands out among the rest, making it one of the best.

Finally, a great way to close out a purely brilliant record, “My Emperor” is completely riveting, making it one of the most head-banging worthy piece, but only to kick it up a notch one last time with “Patient Zero;” almost haunting, this track is overwhelming with deadly vocals and bangin’ instrumentation. Seriously thrilling, this piece will completely trap listeners in the world of Fight The Fight.

Absolute insanity, the guys of Fight The Fight know exactly what they are doing when it comes to fresh and exciting Metal music. Breaking barriers and fitting their own mold, this album is seriously good, and will be that much better played in front of a crowd. Well composed, this record will not disappoint, but thoroughly surprise and shock their growing following. Kicking it up a notch with each song and soon to be each album, CrypticRock gives Fight The Fight 4.5 out of 5 stars. 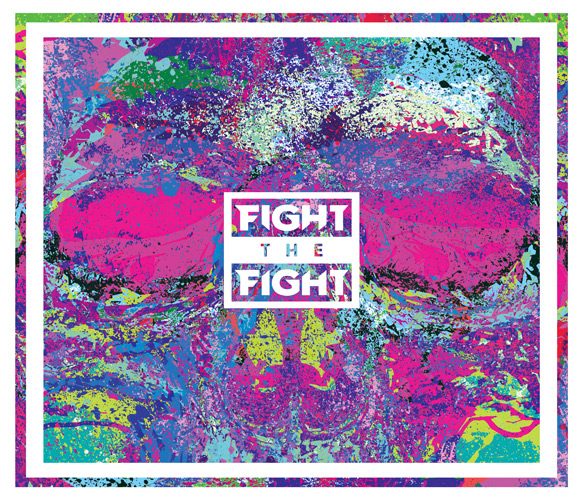