Fight Or Flight lift off with “A Life By Design?” (Album review) 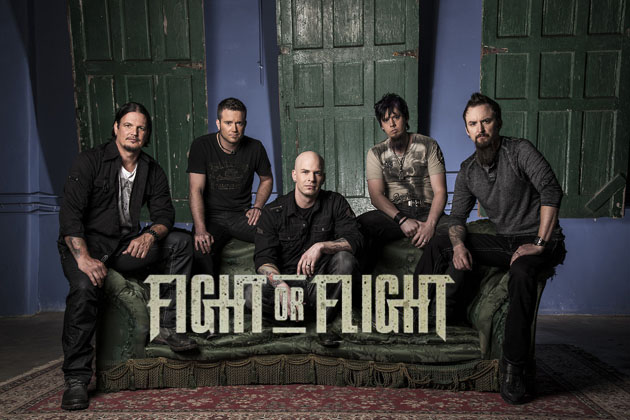 It’s been 2 years since Disturbed has gone on hiatus. In that time a lot has changed in the rock landscape. Disturbed vocalist David Draiman has gone onto form his side project Device which is currently on tour supporting their debut album. Bassist John Moyer has gone onto playing with Adrenaline Mob. That leaves us with two more Disturbed members. Where are they now you ask? Guitarist Dan Donegan decided to do a side project of his own. Collaborating with musician friend Dan Chandler (Evans Blue) the two started writing some music together. Within a year the songs started to take shape and the two decided to bring Disturbed drummer Mike Wengren, bassist Sean Corcoran (RA) and guitarist Jeremy Jayson into the fold. Taking form the band became known as Fight Or Flight. In 2013 the band released their debut album A Life By Design?. Many anxious fans wonder what exactly this new project would sound like. Another disturbed type band or something different? The guys are ready to answer those questions and turn heads.

A Life By Design? starts us off with the lead single off the album “First Of The Last”. The track has a high energy rock approach with string bending guitar riff. Chandler brings the lyrics to life with emotion ranging from clear singing to growls. Approaching the topic of the hypocrisy we face daily in mainstream media and how we should open our eyes to find our own truth. A great lead single and letting the listener know right from the start that this is not what you were expecting. The next track “Emphatic” has a different approach. Leading with a mellow dark melody guitar leading into a heavier chorus of guitars and vocals. A straight ahead rock approach enjoyable and interesting. “It’s Over” is another unique track where Chandler shows a wide vocal range singing from high to low and conveying a true human element. Lyrically speaking of making a stand in one’s life to walk away from a bad situation. The piano toward the end of the track is a really nice touch and shows the dynamic sound Fight Or Flight is going for. “Eraser” is possibly the best track on the album. With a killer riff and chest pumping lyrics you will instantly fall in love. The track combines the best of Donegan’s guitar style with Chandler’s vocal style. “Leaving” slows down the pace with an acoustic guitar track. Stripped down to Chandler’s passionate voice, acoustic guitar and orchestrate back drop. As if the track wasn’t intriguing enough toward the end a ripping guitar solo and drums kick in followed by a piano. A real stand out track on the album. “You Refuse” starts off sounding like a Disturbed track but quickly transitions when Chandler’s vocal harmony begins. Laced with throbbing bass line and guitar riffs, the track rocks hard. The synthesizers in the background are a nice touch adding atmosphere. “The Average” takes on a grunge type quality with heavy slow guitars. The layered backing vocals add texture to the sound. “A Void” is an epic track of guitar licks, riffs, and heart pumping bass. A well crafted song where Chandler really makes the lyrics come to life in his delivery. Questioning if our lives are already planned out for us and do we really have the will to make our own decisions. You can feel the anxiety of expression of this frustration in each word sung in the song. “Tragedy” closes out the album concluding the story. Ending the lyrical journey of sifting through the lies, deceptions, and control in our lives. Breaking away from it all and finding resolution within yourself.

A Life By Design? is musically and lyrically stimulating. Without aggressively pressing an agenda on the listener it clearing wants the listener to develop their own opinions. Going into the record you may have expected another Disturbed style band but you will be incorrect. The progression of the music is organic and more straight ahead rock. The combination of Chandler’s voice and Donegan’s guitar style works well together. It appears the two have a song writing chemistry and it shows in each track having a texture and unique quality side by side. Cryptic Rock give this album 5 out of 5 stars. 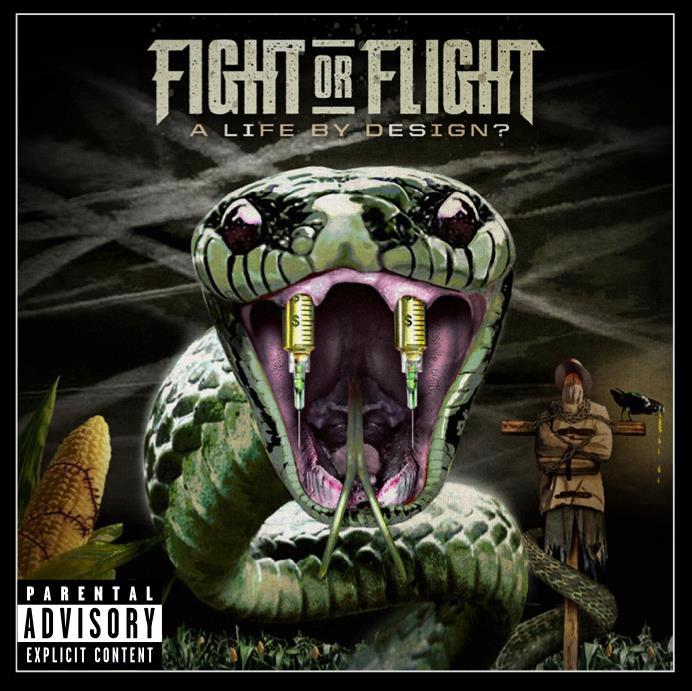