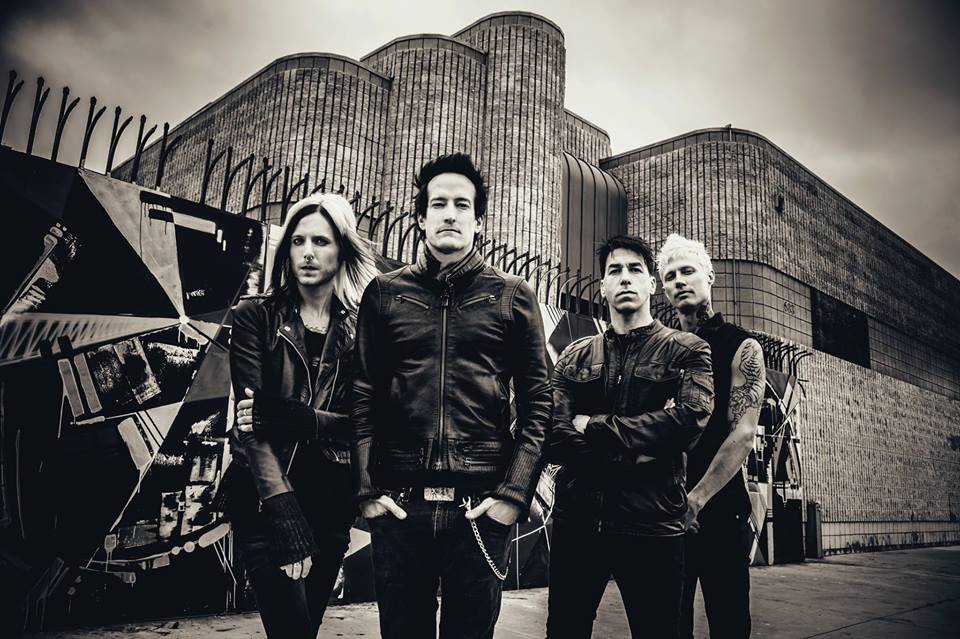 To celebrate the release of their June 4, 2013 Wind-up Records debut album, The Sun Comes Out Tonight, Filter is launching an Indiegogo campaign today to reward their fans with one of a kind Filter VIP experiences. Beginning today at Indiegogo, fans will have the chance to buy “perks” for everything from a signed CD to coffee with singer Richard Patrick to the grand perk of them all, the Filter VIP Combo Pack which includes VIP access before, during and after a show of choice, signed guitar and gold vinyl as well as other additional goodies (see list below). More perks will be added throughout the campaign. Every dollar that is raised through the campaign will go directly towards their world tour.

Of the campaign, Richard Patrick said, “After laying down an ear recipe that is sure to piss off a few neighbors on our new record The Sun Comes Out Tonight, we realized it was necessary that we tour the world and break a few more strings with all of you. This is something we’ve dreamt about from the very beginning, but to fulfill this dream we are going to need your help. Over the last couple of months we have observed the success that this method has produced for several bands and artists alike. It’s an unusual method, but it’s a new method and it seems this is a way for us to connect with you, our fans, on a much more personal level. We like that.”

Recorded in Los Angeles at Blue Room Studios with producer Bob Marlette, The Sun Comes Out Tonight was written and recorded by leader Richard Patrick and guitarist Jonny Radtke, as well as collaborator Marlette. The first single, “What Do You Say” is approaching top 20 on the rock charts; the video premiered on VEVO June 6th.

Formed in 1993, Filter has enjoyed significant success over the past two decades. The band released their critically acclaimed first album Short Bus in 1995, a disc Rolling Stone praised as “a timely combination of grunge heat and industrial ice.” Fueled by the top 10 hit “Hey Man Nice Shot,” the album rocketed to # 3 on Billboard’s Heatseekers Chart and went on to sell more than a million copies. They raised the bar with 1999’s Title of Record which featured the top 10 rock hit “Welcome To The Fold” along with a blockbuster crossover smash in “Take A Picture,” a song that shot to # 3 on Billboard’s Modern Rock Chart, # 7 on its Adult Top 40 Chart and # 1 on its Dance Music/Club Play Chart. The years that followed saw the band releasing three more albums – 2002’s The Amalgamut, 2008’s Anthems For The Damned and 2010’s The Trouble with Angels, while touring the world and amassing a huge international fan base whose member’s number in the millions. Filter has also contributed songs to several blockbuster soundtracks, most recently their cover of “Happy Together” which was recently featured in the trailer of the film The Great Gatsby and has now sold over 80,000 singles.

Filter is currently on tour performing select headline dates in between the Summerland tour with Everclear, Live and Sponge; they’ll head off to Europe to play several festivals this August. Dates are listed below. Summerland tickets are on sale now and are available here. All Filter information and dates can be found here.

Indiegogo.com has been used by artists as varied as OneRepublic, Protest The Hero, Conditions and George Clinton, and it’s fast becoming the go-to website for musicians wanting to raise funds for any number of projects. Indiegogo.com is an open platform and therefore does not curate which artists can launch projects. A flexible funding option allows artists to keep the funds they raise even if they don’t hit their goal.

Signed CD comes with all perks over $20

Full album download of our newest release “The Sun Comes Out Tonight.”

Get a signed copy of our new 12″ Gold Vinyl.

One signed drum head, a pair of drum sticks, and guitar picks from Jonny, Phil, and Richard.

Richard and Jonny personally sign one of their hand written lyric sheets.

When Filter comes to your city, enjoy quality coffee and conversation with Richard Patrick.

All Access Pass to the one tour show of your choice. Hang out with the band backstage before, during, and after the show. Take pictures, get autographs, and take home a pair of signed drum sticks. Also includes Filter t-shirt.

Richard writes you a hand written post card once a month for the rest of the year.

Log in to Skype and chat with Richard, Jonny, Phil and Jeff for some video conversation.

(Limited to 1 person per market) First market, SWITZERLAND – You create the set list that YOU want to hear (a list of options will be presented to you based on the set time length and what we have rehearsed).

Get a Filter signed guitar with VIP All Access Pack + the COMBO PACK.