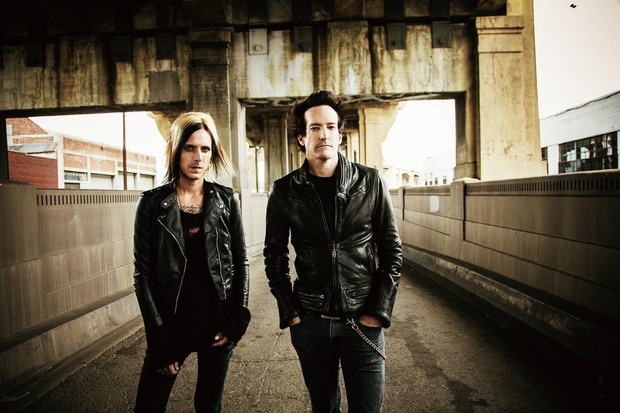 Filter are one of those bands which have been around for nearly 20 years yet never get the credit they deserve.  The band’s debut Short Bus in 1995 featured the band’s first and one of their biggest hits “Hey Man Nice Shot”.  Title Of Record in 1999 was a masterpiece of sorts for Filter and featured the band’s breakthrough mega hit “Take A Picture”.  Who can forget the opening track “Welcome To The Fold” which still blisters today.  The Amalgamut was released in 2002 and is an excellent album filled with well written tracks including the single “Where Do We Go from Here”.  Unfortunately the album was not a mainstream success and is a hidden treasure in the band’s discography. Filter went on hiatus until 2008 when they released Anthems for the Damned.  Returning with a completely new line-up behind Richard Patrick.  Being a solid return it was still not what Filter fans had come to know and love.  In 2010 the band released The Trouble with Angels.  Containing some solid tracks like the singles “The Inevitable Relapse” and “No Love”.  The band continued to tour and die-hard Filter fans were waiting to see what was coming next from Richard Patrick and company.

2013 brings a new start for Filter with a brand new label in Wind-up Records.  The title of the album The Sun Comes Out Tonight is fitting for a bright new release from the band.  With Jonathan Radtke (formerly of Kill Hannah) now on board playing guitar it seems Patrick has found his new partner similar to the chemistry with Geno Lenardo back in the band’s golden age.  When going into this review I had no intention of breaking down each track but all the tracks deserve equal attention.  The album starts off with a catchy high energy track in “We Hate It When You Get What You Want”.  With a dance beat backdrop, crunching guitars, and great lyrics the track is an excellent beginning.  “What Do You Say” sounds like we are put in a time machine back to 1995 with a very similar sound to the band’s first album Short Bus.  The track has everything a Filter fan loves from the heavy grooving guitar, throbbing bass line, and amazing vocal performance by Patrick.  This song is 2013’s “Hey Man Nice Shot”.  The track “Surprise” is the perfect blend of what made “Take A Picture” such a wonderful song.  The acoustic guitars, amazing keyboard melody and overall atmosphere of the song makes it’s spectacular.  This should be the next single and everyone should hear it!  “Watch The Sun Come Out Tonight” is an aggressive guitar driven track that you will be immediately drawn into.  “It’s Got To Be Right Now” is yet another excellent track with an addictive chorus.  Keeping up the pace “This Finger’s For You” is possibly one of the heaviest and best tracks on the album.  Driven by heavy industrial like guitars and excellent lyrics.  Patrick tackles his struggles in life and confronts those which have tried to drag him down.  The uplifting nature of this track is Patrick saying he is stronger than ever now and all those which doubted him this finger’s for you!  “Self Inflicted” is an adrenaline driven track which sounds like it was taken right from the Short Bus and Title of Record era.  You will want to put this song on full blast and get lost in the emotion of it all.  Patrick proves on this track that he is one of the most unique voices in all of hard rock.  After having your head blown clearly off the guys decided to mellow things out with “First You Break It”.  The track has a great electronic rock sound that all die-hard Filter fans will appreciate.  This could easily be a single on alternative rock radio.  “Burn It” is another heart pumping heavy track with a great chorus guaranteed to have crowds singing out loud.  Patrick much like many other tracks on the album puts on a vintage performance combining his attention grabbing screaming vocals with the sweet harmony of his softer vocals.  “Take That Knife Out Of My Back” is another brilliant track that all can relate to.  We all have been deceived and in this song you can repent your frustrations! Winding down the journey “It’s My Time” shows a softer side to Filter.  Stripped down to piano and just vocals the song is a beautiful composition.  Patrick’s performance is soothing and relaxing on this song.  Closing out the album with “It’s Just You” a mellow track of electronic influenced rock where Patrick’s voice is put on display.

The Sun Comes Out Tonight is the Filter album fans have waited a decade for.  Combining the aggression of Short Bus with the song writing quality of Title Of Record and The Amalgamut.  The album is clearly a return to form for Filter.  It’s clear Patrick wanted this album to have a similar sound to the band’s first 3 albums.  There is a perfect blend of heavy and more mellow tracks.  The balance is even throughout almost as if you are reading a story.  Without a doubt this is a new masterpiece for Filter and die-hard fans will not be disappointed.  Everything you ever wanted from a Filter album is right here on The Sun Comes Out Tonight.  CrypticRock give this album 5 out of 5 stars. 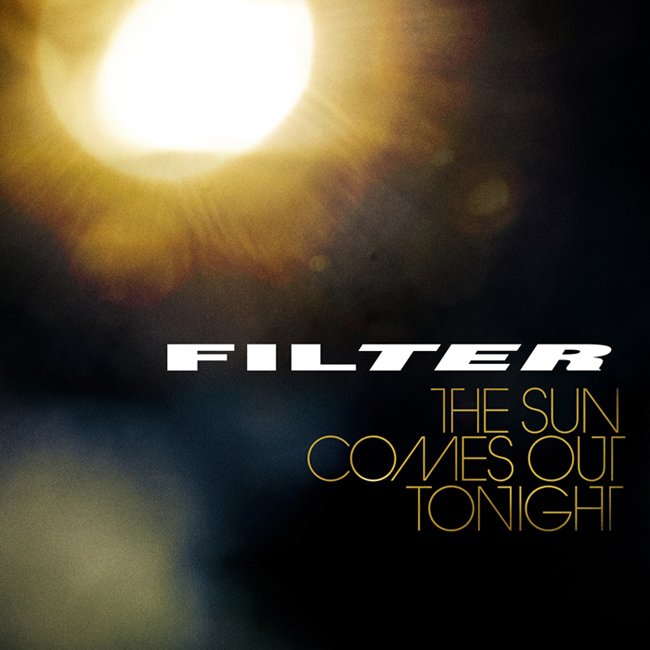