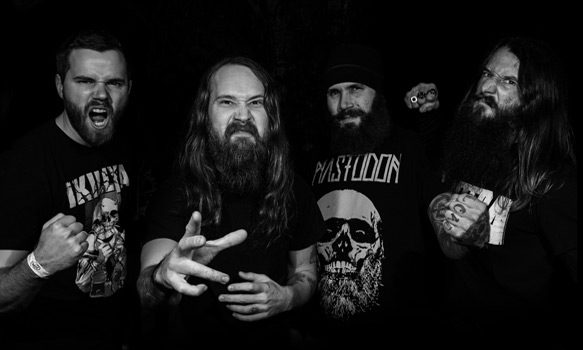 Life is a highway and some people want to ride it all night long: a quartet from St. Louis, Missouri, want to pulverize it and declare their Final Drive. Proud abusers of Coldcock Whiskey and Pabst Blue Ribbon, these metalheads independently released their fifth studio album, Dig Deeper, in February 2017.

Formed in 2001, the Thrash Metal/Southern Groovers Final Drive hail from The Lou and they are definitely going to show you what it means to rock! Final Drive – Vocalist Jordan Gaw, Guitarist Nathan Easter, Bassist Raymond Tucker, and Drummer Alex Wheeler – present unadulterated, raw Metal for fans of Every Time I Die, Slayer, and Clutch, as well as the classic Southern Metal Groove of Pantera.

The band have quite a few releases to their credit – notably 2006’s The Firebrand Sessions and 2014’s Lifeswork – although Final Drive are perhaps best known for their stint on the MTV surreality “Battle For Ozzfest.” They have shared stages with the likes of Soulfly, Chimaira, Crowbar, Fit For An Autopsy, Scar the Martyr, All Hail The Yeti, and Mobile Deathcamp, just to name a few.

Independently released in February 2017 thanks, in part, to a successful Kickstarter campaign and some seriously diehard fans, Final Drive’s fifth, full-length studio album, the ten-track Dig Deeper, was produced by Charlie Bellmore (Jasta, Kingdom of Sorrow), mixed by Nicky Bellmore (Dexters Lab Studio, Toxic Holocaust), and mastered by Zuess (Hatebreed, Rob Zombie). Artwork for the album cover was created by Final Drive’s own Vocalist Gaw. A massive triumph for truly independent music, Dig Deeper has peaked at No. 12 on the Billboard Heatseekers Top Albums Chart and No. 19 on Billboard‘s Hard Rock Top Album Sales Chart, as well.

“This Is How” kicks it all off with pure groove Metal and a killer guitar solo from Easter, while “Built To Break” presents raw Metal with elements of Thrash. Similarly, “The Last Time” often reads like Master of Puppets-era Metallica. “This will be the last time that you see my face, so take a good look,” Gaw sings, screams, and laments in this track that shows an incredible attempt at melody. Meanwhile, “Six Feet Down” possesses a serious bass groove and has sonorous echoes of the Southern groove kings Pantera. With another killer guitar solo by Easter, the track speaks of that moment when we face imminent death and realize that we are about to be six feet under.

“We want it all right now, it’s never enough,” Gaw demands in the aptly-titled “Want It All.” It is a vicious Metal assault that pulverizes sonically while waxing poetic about society’s instant-gratification obsession. The dark groove of “Life Decided” speaks of a massacre that arises from a world reigned by hate, where “hopes and dreams died that night.” Lyrically, this could be inspired by any horrific, headline news coverage throughout this great nation. “Follow The Curse” continues the groove in the name of the marching dead, with spiraling guitars, heavy bass, and pounding drums.

One of the album’s heaviest tracks, “Beneath Us,” is certain to inspire pits at live gigs with its seemingly dueling vocals and screaming guitars. Equally wailing is the macabre assault from “Of A Killer,” where a murderous urge wrecks havoc inside a human beast. Ultimately, the album draws to a close with “Black Out,” where there is an attempt at multi-layered sonics and vocals as well as another super guitar solo from Easter. 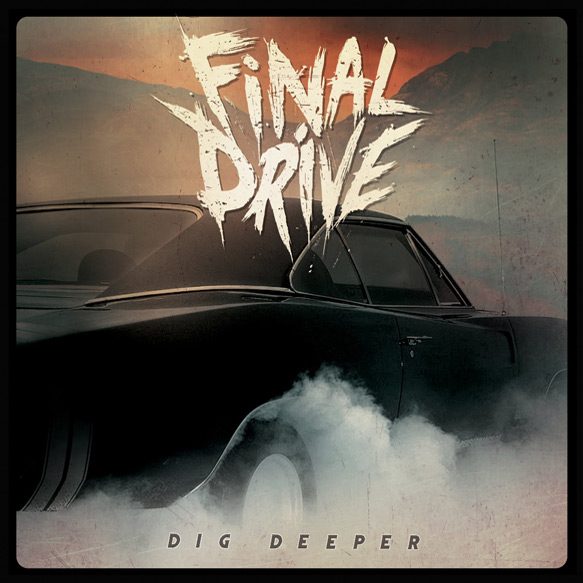