Finders Keepers is the latest movie to be released by the Syfy Channel, in the United States on October 18th, and stars a number of veteran actors. Written by Peter Sullivan (Hit & Run 2014, Fatal Friends 2014) and directed by Alexander Yellen (Z Nation 2014, A House is Not a Home 2015), Finders Keepers is a step up from the usual fare that the Syfy Channel has produced lately, which has resulted in them lamenting about their current programming. Finders Keepers could be a step in a new direction for them, and could be a serious contender in the Horror movie industry. 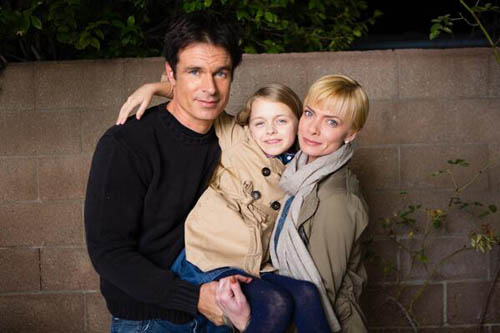 Newly divorced Mom and Writer Alyson Simon (Jaime Pressly- Jennifer Falls 2014, Lost in Austin 2015), moves into a new home for a fresh start with her young daughter Claire (Kylie Rogers- All I want for Christmas 2014, Fathers and Daughters 2015). Claire is understandably unhappy about her parents’ divorce and is equally dissatisfied about the move. Claire is close to her father, Jonathan (Patrick Muldoon- Robo-Dog 2015, Giganthropithicus 2015), and they maintain close contact. While settling into her new room, Claire finds a doll under the heating vent in the floor. She turns the doll over and a name appears to be on the bottom of her foot, Lilith.

Claire becomes quickly and vehemently attached to Lilith, and separating her from the doll brings on sudden and violent temper tantrums from the girl. This concerns her mother and Alyson consults a local Psychiatrist, Dr. Freeman, played by the Horror movie veteran Tobin Bell, who is perhaps most famous for playing the villain in the Saw movie franchise. This movie is a change of pace for Bell, and his fate lies at the hands of an evil doll rather than the other way around. 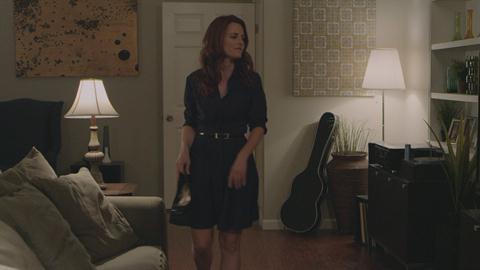 Therapy does not seem to help Claire’s troubling behavior, and the people that start objecting about Claire’s attachment to Lilith begin to die in horrible bloody ways. The first being a friend of Alyson’s, Professor Elena Carranza (Justina Machado- The Purge 2: Anarchy 2014, Endgame 2014) who is conducting research on the doll. Elena believes Lilith could be a Mal De Ojo doll, a form of the evil eye that can direct bad luck and bad fortune away from its owner simply from a look, with children mostly being affected generally in Central America. It is effectively a worry doll, the doll worries in the children’s place, but Lilith seems to be transferring very worrying things to Claire.

As Alyson investigates the doll further, she finds a macabre and dark link between Lilith and the house they just moved into, that the Agent (Mark DeCarlo- Baby Daddy 2014, A Christmas Mystery 2014) did not disclose. Alyson must fight to hold on to her daughter amid accusations of child abuse, Claire fighting her mother and everyone else who is trying to help her, and those around her that are dying. Alyson does not know which way to turn. 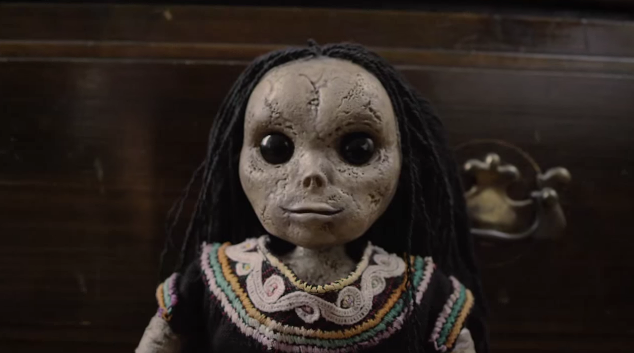 Alyson must find strength to help save her daughter before she meets the same fate as the previous tenants, before it is too late. Move over Annabelle, there is a new Doll in town, and Lilith is not messing around. With a high body count, Finders Keepers contains plenty of the blood and gore fans want from a Horror movie, as well as a good storyline and good, quality acting. Definitely worth a watch, and may hold a few surprises viewers did not see coming. CrypticRock gives Finders Keepers 4 out of 5 stars. 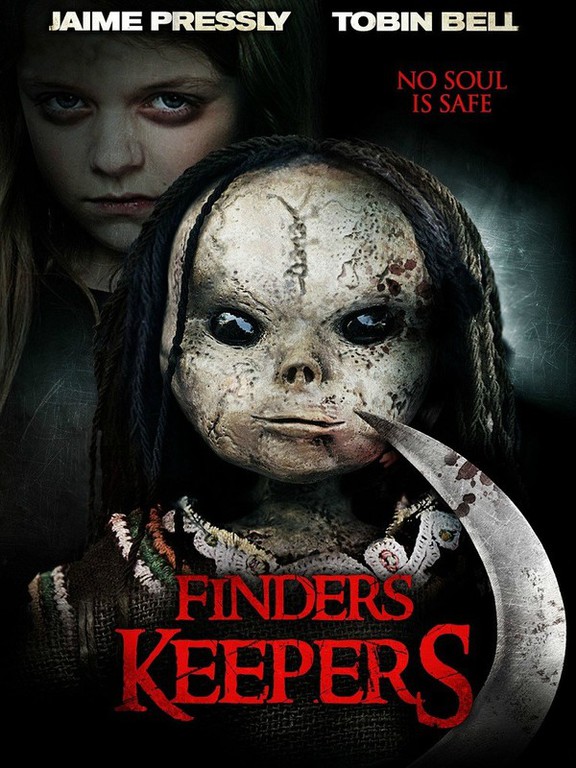