Back in 2003, Disney Pixar Animation Studios and Walt Disney Pictures cast magic on audiences with the underwater computer-animated tale of Finding Nemo. Much like the Pixar and Disney’s previous ventures, 1995’s Toy Story and 2001’s Monsters Inc, just to name a few, Finding Nemo was a major success and was the highest-grossing G-rated film of all time before 2010’s Toy Story 3. That being said, Pixar and Disney have never rushed sequels to their blockbusters, with some of them being over a decade apart, ala Toy Story 3 coming eleven years after 1999’s Toy Story 2 and Monsters University coming nine years after Monsters Inc. 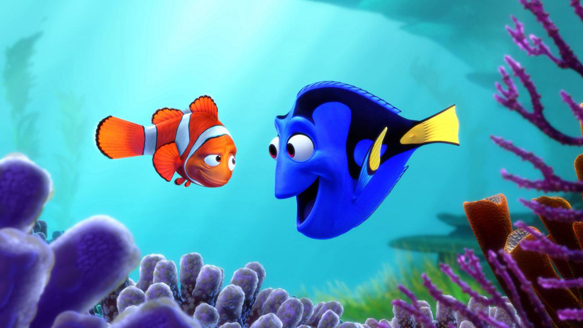 So it came as no surprise, despite announcing their would be a sequel years ago, that the Finding Nemo franchise finally sees the light of day in the form of 2016’s Finding Dory. Initially hitting theaters in the early summer, on June 17th, Finding Dory has bit a hit, with the second biggest opening of all time for an animated film right behind 2009’s Ice Age: Dawn of the Dinosaurs. Still making waves (no pun intended) months after its opening, Finding Dory (pun intended) is still swimming its way into the hearts of movie lovers of all ages.

The new story picks up a year after the lovable Dory (Ellen DeGeneres: The Ellen Show TV series, Finding Nemo 2003) helps Marlin (Albert Brooks: The Simpsons TV series, Weeds TV series) make his way to Sydney, Australia to find his son Nemo (Hayden Rolence: debuted voice over in Finding Nemo). Succeeding in their mission to reunite the family, Dory herself becomes part of their family as they return home together. While Dory is happy with her new found friends/family, she still feels something is missing, but sadly due to her “short-term memory loss,” often does not remember what it is. Grabbing bits and pieces of her past from flashbacks, her clouded memory begins to clarify as she realize that she lost her parents. Positive and determined Dory sets out to find her parents, and of course the worrisome Marlin will not allow Dory to go alone so he and Nemo set out on the quest with her. 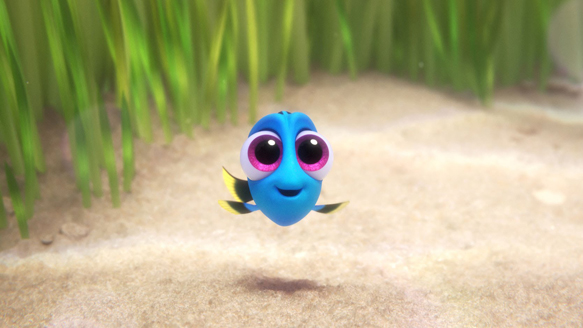 Revisiting some of Finding Nemo’s characters such as the SoCal laid back sea turtle named Crush (Andrew Stanton: Cars 2006, Wall-E 2008), Dory, Marlin, and Nemo set out on a new adventure. Of course, it is a big world, and most definitely a bottomless sea, thus they encounter many obstacles along the way. One of course is Dory becoming captured off the coast of California, leaving Marlin and Nemo the task of finding Dory. While the task seems nearly impossible at times, the beloved friends will stop at nothing at finding one another, and in the process find so much more. 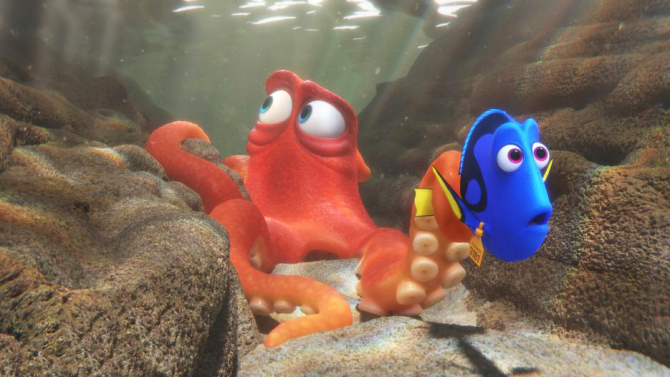 While some sequels never live up to the story and character development of the originals, Finding Dory succeeds with flying colors. While Dory was a wonderful supporting character in Finding Nemo, some must admit, did they think she should be a lead in a future film? The answer is yes, because Finding Dory shows that Dory, while lovable and sometimes goofy, is really unique in many ways. She is caring, brave, loyal, and clever. She proves that despite one’s shortcomings, there is always a way, and never to give up. In addition, she even has the charm to change other’s point of view, including of course Marlin and their newly found friend, a cranky East Pacific octopus,Hank (Ed O’Neill: Married With Children TV series, Modern family TV series).

There is a lot to discover with Finding Dory, and in the process the film will tug at viewers heartstrings, make them laugh, and most of all bring them together. A film for the entire family, Finding Dory is one of the summer of 2016’s brightest stars. CrypticRock.com gives this movie 5 out of 5 stars. 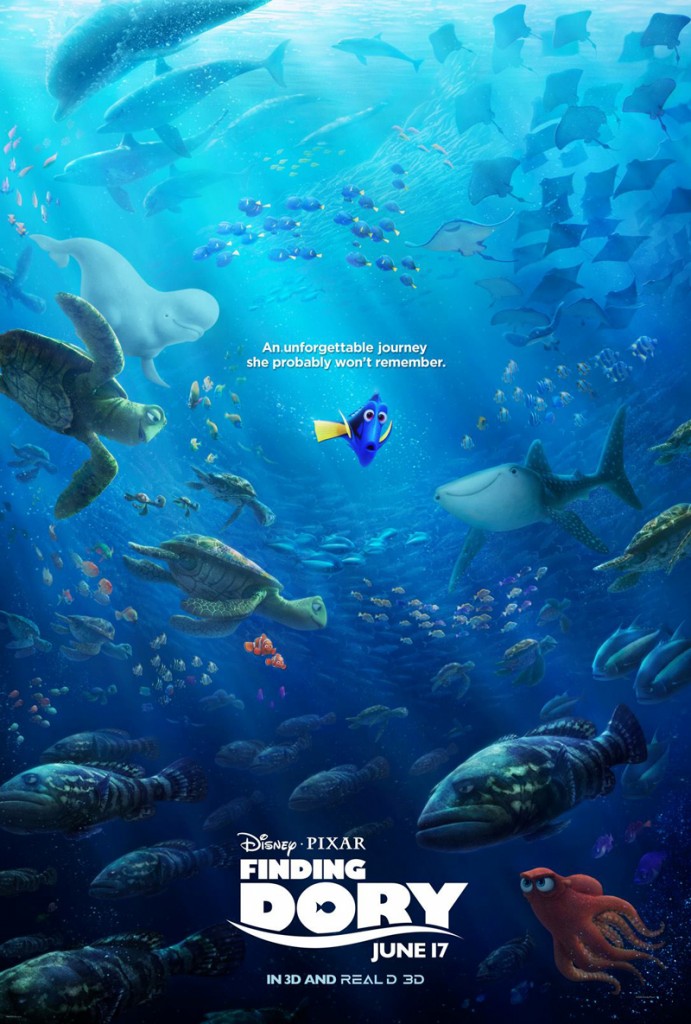