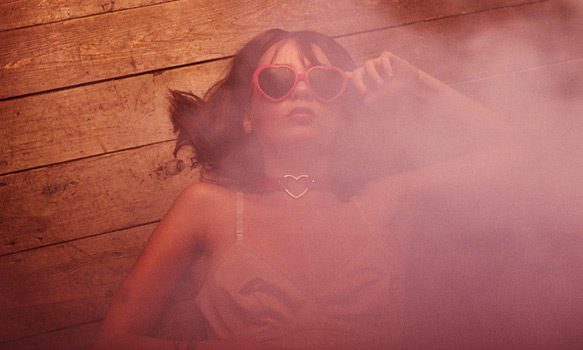 When one set their sights beyond the stars, anything is possible. For a whip-smart, sensual, Indie Pop minx like Findlay, the sky is just barely a limit and her debut album, Forgotten Pleasures, began converting Americans to British hedonism on March 3, 2017 thanks to BMG/The End Records. Findlay injects an unhealthy dose of sexual pleasure and grease straight into your bloodstream, and how can you can get any yummier than that?

At just twenty-six, Findlay already has an eclectic and impressive resume for herself: she has performed at one of Mick Jagger’s birthday parties; had a ridiculously catchy track provide the soundtrack for a BMW TV ad that premiered during the 2014 Winter Olympics; and taken a punch to the face intended for tourmate Jake Bugg. Born Natalie Rose Findlay and hailing from Stockport, England, Findlay reportedly took up music when she realized, in her early teens, that she couldn’t really do anything else.

Additionally, Findlay has toured with the likes of the aforementioned Jake Bugg, The Courteeners, Miles Kane, Casual Sex, and Brandon Flowers; though she has gone on record to note her love for The White Stripes, The Strokes, and The Velvet Underground, as well. She has performed as a guest of the late fashion great L’Wren Scott; kicked serious bootay on the festival circuit throughout England and France; performed in the Dance/Trance/Rave capitol of the world, Ibiza, Spain; even taken to stages with the likes of Sarah Jessica Parker, Kate Moss, and Ewan McGregor in her audience. With all this to her credit, Findlay continues to dream bigger and hopes to one day collaborate with Yeezus himself, Kanye West.

On her debut album, Forgotten Pleasures, Findlay is accompanied by musicians Jules Apollinaire (also a co-producer) on keyboards, bass, and guitar; Ben Simon on guitar; and Christina Lamas on drums. An exciting release, it is exactly what one would expect from a woman with such a varied resume: stylish, experimental Indie Pop that is as dangerously infectious as Ecstasy.

From the first notes of the Indie Pop/Dance sensation “Electric Bones,” it becomes absolutely evident that Findlay is a woman that knows how to groove. She might just be a self-proclaimed ‘girl with a microphone,’ but Findlay knows how to use her power tools: ’90s PJ Harvey meets 2000s Lykke Li in this single from a sexy, suave siren of the modern mic. While it does not have the infectiousness and radio-friendly immediacy of its predecessor, “Waste My Time” is a great combination of yesteryear’s swagger and something akin to Lana del Rey minus all that sinsemilla. You can almost hear that flirty Findlay smirk, “They say I’m no good but I’ve never felt better.”

What follows is a scattering of genres, emotions, pleasure, and pain. While it lacks some of the fire of its compadres, “Stuck In Your Shadow,” a bass-heavy ode to wanting to be stuck in someone’s shadow – is solid, if a bit banal for the collection. Meanwhile, the pseudo-rapper “Greasy Love” suffers from no bland flavorings. “Well I’m so tired of trying to be good, and oh lord, I was born to be misunderstood,” Findlay croons in this dirty, sweaty ode to lust and the elbow grease required to find it.

Clearly, Findlay is not the shy type of gal, as her scathing indictment of the commercial food and beauty industries, “Junk Food,” is one of her best tracks from her earlier years that has moved up from EP to CD. In an all-out ’90s Riot Grrrl attack, Findlay does not offer a lick of self-editing: “Billboards bulging and my blank mind’s frying / Trying to process all the shit that I should be buying / And I was sold get rich quick or diet trying / Endorsed by the mirror and my fear of dying.” This is harsh criticism with sharp wit, done for the greater good.

There are many truly great moments on Forgotten Pleasures. In a musical world where experimentation is often set aside in favor of the guaranteed, Findlay does not balk at the extreme: moving from Country-tinged Blues on “Wild & Unwise” (“He’s just my type: not too handsome but he’s bright”) to songs like “Monomania,” a modern Blues Pop love etude. She adopts a 1970s Classic Rock persona for “Off & On” (ye olde track of the BMW commercial fame) and doffs her cap to Lana del Rey in the sexy, titular “Forgotten Pleasures.”

Later on, “Stoned And Alone” utilizes muddied vocals to create a, ahem, stoned feel, while “We Are Never The Last” travels to a post-apocalyptic world that is hopeful, dreamy. No matter where Findlay takes listeners, she always circles back to that sultry Indie Pop that permeates the bulk of her music. There is no genre that will ever hold this lady in its grasp for more than mere moments: a great quality to possess for a modern musician, even if it occasionally works against the flow of the overall project. In short, Findlay sacrifices some of the overall flow of Forgotten Pleasures for wild, unadulterated abandon and listeners can not help but love her for it.

Love her they do as she ends on a slow note with “St. Elmo’s Fire” and “Sunday Morning In The Afternoon. ” Oh Judd Nelson, oh Rob Lowe. Between the devil and the deep blue sea, there is a fire inside of….Findlay. In a moment of blunt honesty, she croons: “You know darling that I love you only / But I know darling what they say about me.” It’s not often that we see the fire from the view of the pyromaniac herself. Finally, the album ends with the best kind of morning: breakfast for lunch. A slow, meandering, piano-driven track, “Sunday Morning In The Afternoon” means moving on with closure: “So tell me you’re happy now / And tell me you loved me once.

Findlay may look like the next incarnation of Lolita, but do not underestimate this petite beauty: she has the balls-out grit of Punk-influenced Riot Grrrls, the sincerity in spades of ’70s classic rockers, Garage Rock inklings, cinematic sounds, and sensual red lips to seal it all with a delicious kiss. She is one killer, no filter package, and for her blunt honesty, experimental spirit, and naughty, naughty bits, CrypticRock gives Findlay’s Forgotten Pleasures 4 of 5 stars. 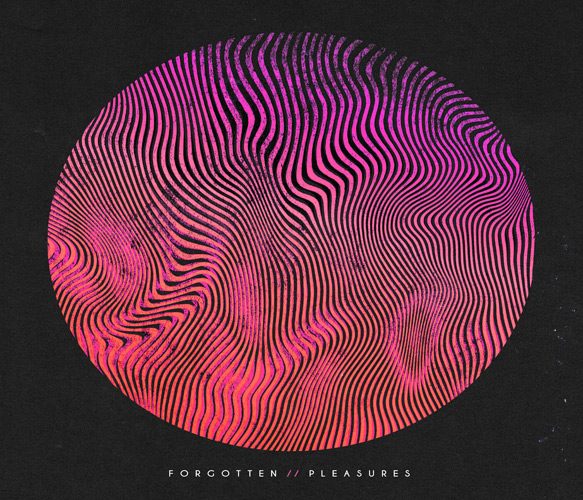 AFI – Bodies (Album Review) The Allman Brothers Band – Down In Texas ’71 (Live Album Review)
Like the in-depth, diverse coverage of Cryptic Rock? Help us in support to keep the magazine going strong for years to come with a small donation.