If there is one thing the British love more than tea, crumpets, and Euro-skepticism, it is looking back fondly on the good old days. Okay, most people in other countries do that, too: but the way Brits get wistful about the 1940s does seem a little unique. The memories get colder and grimmer the further east people travel, yet turn the dial westward and they get warmer and more triumphant.

Britain is somewhere west of the middle here. Most media portrays the bombing campaign known as the Blitz as being overcome by keeping calm and carrying on. In fact, that was when those ‘Keep Calm and Carry On’ posters were first issued. Food and goods were rationed until long after the war ended. Repairing the damage afterwards took so long that kids were playing in bomb craters well into the 1950’s, while a lot of children evacuated to the countryside came back home to find neither parent there to pick them up. 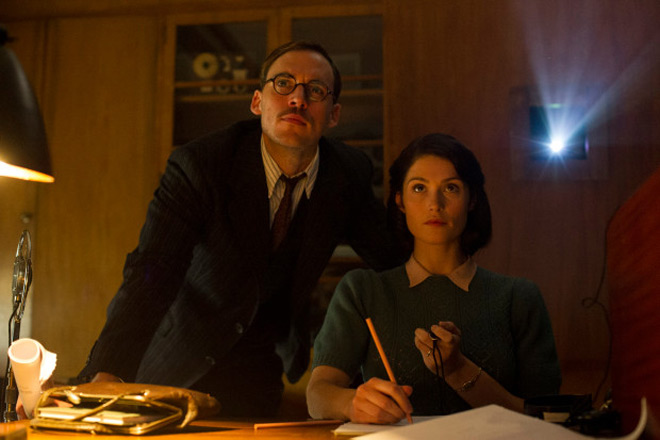 Yet, once Dame Vera Lynn starts singing “We’ll Meet Again,” or The Dambusters appears on the TV, The Blitz becomes a time people took shelter together, had their tea – either rationed or bought from the black market – and had a sing-song while the ‘doodlebugs’ (V2 rockets) flew overhead. It was not all doom and gloom, it seems. Though, the camaraderie these Blitz pictures show feels as much like a dream as the horrors can feel like a nightmare. That is where Their Finest comes in, as it is about how one filmmaker tries to go beyond propaganda, yet still invoke pride and the will to, well, carry on, and preferably in a calm manner.

Released in the USA back on April 7, 2017, through STX Entertainment, Their Finest is directed by Lone Scherfig (An Education 2009, The Astronauts’ Wives Club 2015), written by Gaby Chiappe (Lark Rise to Candleford series, Shetland series) based from a book by Lissa Evans (Father Ted series, The Kumars at N. o42 series). Set in 1940, it is about a rookie screenwriter called Catrin Cole (Gemma Arterton: Quantum of Solace, 2008. Prince of Persia, 2010) putting together a makeshift film crew, including fellow screenwriter Tom Buckley (Sam Claflin: Snow White & The Huntsman 2012, The Hunger Games: Catching Fire 2013) and self-centered actor Ambrose Hilliard (Bill Nighy: Shaun of the Dead 2004, About Time 2013) to help produce a film that will raise the nation’s morale.

This broth had a lot of cooks involved. Its production companies include BBC Films, Pinewood Pictures, Ingenious Media, Hanway Films, Wildgaze Films, Number 9 Films, Filmgate Films, Ripken Productions, Film I Väst, the Welsh Government, and distribution by Lionsgate. Ultimately, one must ask, should they have gone back to the drawing board, or is Their Finest truly their finest? 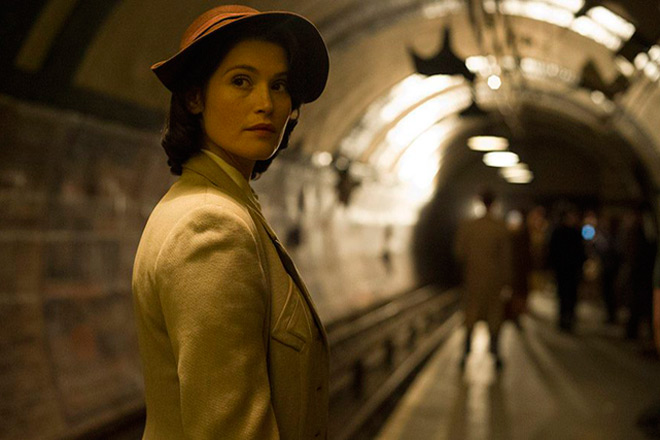 First off, the book it was based on was called Their Finest Hour and a Half. It is a better title, but the running time here is longer than that at 117 minutes. Also, there is sparing use of the faded, grainy filter that other pre-war based pictures use. It dominated 2004’s Sky Captain and the World of Tomorrow and 2011’s Captain America: The First Avenger. It is just used for Catrin’s film ideas here. The rest of the film, thankfully, relies on its characters, costumes, and mise en scène to dictate the setting. It is a good way of telling what is real from what is imaginary.

Also, for a film about making a film about overcoming adversity, it does not just involve the war: the female roles clash with the gender politics of the age as much as the explosions clash with the city. Catrin chooses working on the film over following the lead of her husband Ellis (Jack Huston), while Sophie Smith (Helen McCrory) gets Hilliard to get over himself and take what roles he can get. Even the film-within-a-film tells the tale of two heroic sisters, and Catrin fights to keep them as the protagonists.

That is not to say it is a solely-female effort. Claflin’s prickly writer Buckley is just as important to the plot as Catrin, keeping the project afloat when all seems grim. Hilliard even manages to put his senses over his ego by doing his part for the picture. It is just saying the women can do just as good a job as the men. Since most of the men are on the front line here, they get their chance to shine.

The actors play the roles very well too. Arterton puts Catrin over as a determined figure, strong but warm-blooded. Her Welsh accent is also rather convincing for someone from Kent. It is certainly enough for the Welsh Government to back it anyway. She has good chemistry with Claflin, who is no slouch himself. If anything, his pragmatic cynicism makes him one of the more entertaining figures on screen. The two of them carry the picture effectively and form the meat of the picture. The ever reliable Nighy does great as the preening Hilliard, mixing hilarity with humanity as he goes through the character’s own arc. 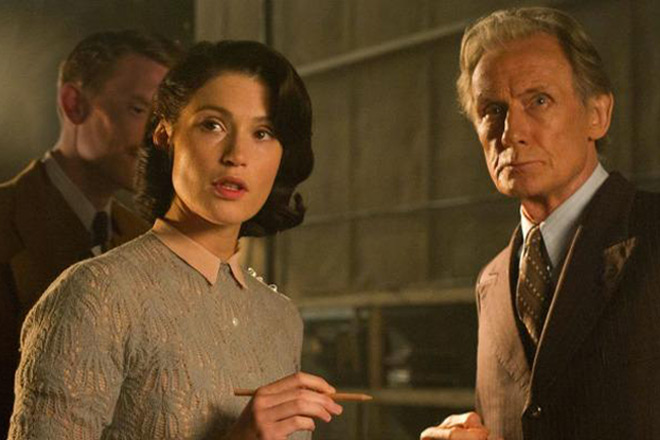 It does not flinch from the violence of the war setting. Buildings fall, characters are killed, but it does not send the blood and guts flying; it is too sentimental for that. Some of its later developments come a little close to glurge territory: they are believable, if predictable, given the setting. It does not try to make the Blitz look as cuddly as the film the characters are trying to write, yet it does not escape that Vera Lynn-esque approach either; maybe that is because it is not as raw or as heavy as other dramas. It does not punch the viewer in the gut like 2000’s Requiem for a Dream, rather it is more like receiving bad news followed by an arm around the shoulders.

Still, while it is too sweet in places, it is still a good tale with some engaging performances: it looks good and manages to entertain with its jokes and dramatic turns. Despite the hackneyed parts near the end, at least it does not bash the audience over the head with its grimness. It is a good start for those looking for something with more feeling in it. For these reasons, CrypticRock gives Their Finest 4 out of 5 stars. 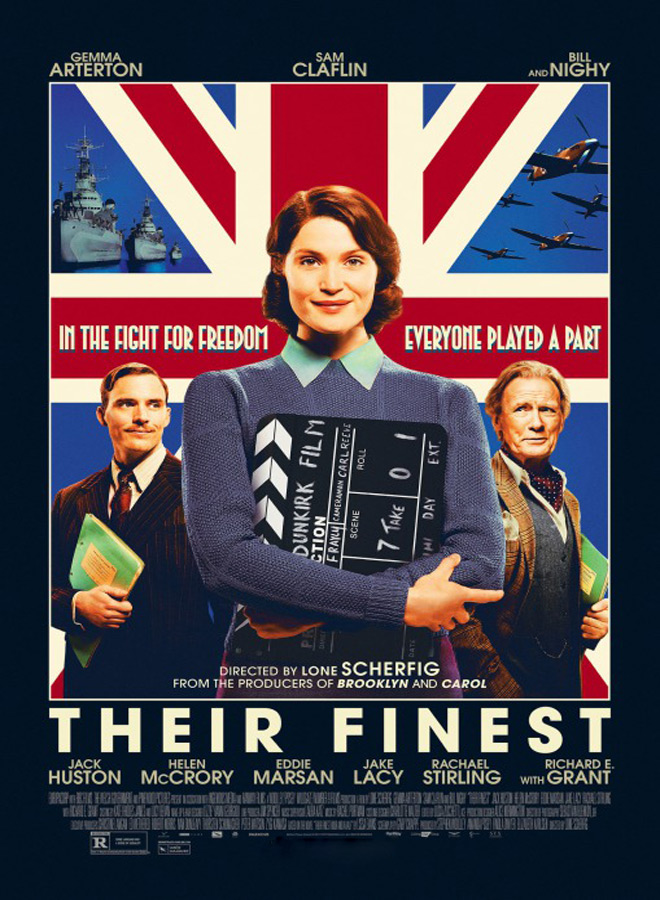