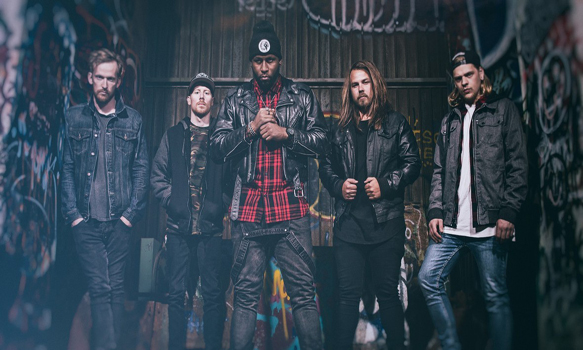 Out of the cultural music city of Austin, Texas, Fire From The Gods unite to form a unique hybrid sound. Mixing Hardcore, Metal, Rap, and even some Reggae, led by Vocalist AJ Channer, the band harness real life experience into their music. Drawing inspiration from Channer’s personal life, Fire From The Gods has made it their mission to deliver a point of view in the most ferocious way possible, or as they say it, “Heavy music with a heavier message.” Working tirelessly through the years as an Independent act releasing music and building a fanbase, they caught the attention of Rise Records, home of others such as Of Mice & Men and Sleeping with Sirens, and inked a deserved record deal. Now, with the lineup of Channer on vocals, Richard Wicander on drums, Bonner Baker on bass, along with Guitarists Jameson Teat and Drew Walker, Fire From The Gods look to take the next step with Narrative. Marking their first full-length record a part of Rise Records, Narrative hit the public on August 26th and has a ton of positive energy surrounding it.

Ten tracks of politically driven music, “Public Enemy” begins the set with gritty guitars and fast energy before Channer’s rough vocals cry out, creating nothing short of a pandemonium of Hard Rock. Changing it up, a delicate piano creates an introduction full of despair on “End Transmission.” From here, emotional singing adds to the spirit of the song while the beat shimmers in the background for a last-grasp vibe. Then, without warning, comes the single “Excuse Me.” Thrust into the spotlight on Sirius XM’s Octane, the cut features Rap-style vocals mixed with rough overtones, but most of all, a tone of defiance.

Carrying the weighty message of the album, “Composition” possesses a headbanging energy through every part of the song while contrasting softer vocals to create a butterfly-in-a-hurricane effect. Providing more texture, “Evolve” brings stringed instruments into the mix alongside more impassioned singing, creating a questioning atmosphere that is colored and vivid. The emotions of Fire From The Gods are not central though, like any human, there are peaks and valleys. With that said, “Pretenders” dives further into the dark depths with a slight warping on the intro before screaming vocals mesh with more Rap-like vocals. Then, “Diversion” jumps right into a riot-like mood with a destructive side featuring crashing drums and chaotic vocals inciting visions of utter, glorious destruction.

Keeping up with potent lyrics and an even more potent sound, “In Spite Of Doubt” rolls into a steady beat and vocals kick it up a notch, becoming faster than before. Once more, the havoc wreaked by the fast pace is tempered only momentarily by calmer vocals. This polarizing feeling is one which emulates the roller coaster that is life. Speaking of which, “Lifeline” sees a change in the mood with an almost relaxed beat. From there, it ramps up the energy in between the more peaceful areas, however, all is not lost and Fire From The Gods offer a hopeful message. Finally, as a proverbial release of anxiety, “Into The Blue” eases out of Narrative with a melancholy intro driving into a harsh, yet steady tempo. Frustration and uncertainty are framed by accusations, and the track inevitably feels like a good bye.

As promised, Narrative brings serious heaviness and does not rest much throughout its playtime. The bulk of the record feels like a violent storm made up of emotion, chaotic guitars, and vocals while the easier sounds featured in some areas only feel like the eye of the storm. Once the eye has passed, the maelstrom continues with no mercy for the fans. Lyrically, there is a deep meaning and brutal honesty that does not compromise the flow of the album whatsoever. That in mind, Narrative features several songs that are radio worthy, and listeners may have a difficult time highlighting one favorite track. All in all, Narrative’s tone suggests the band is nothing short of serious about who they are, what they represent, and that is a beautiful thing. CrypticRock gives this album 5 out of 5 stars. 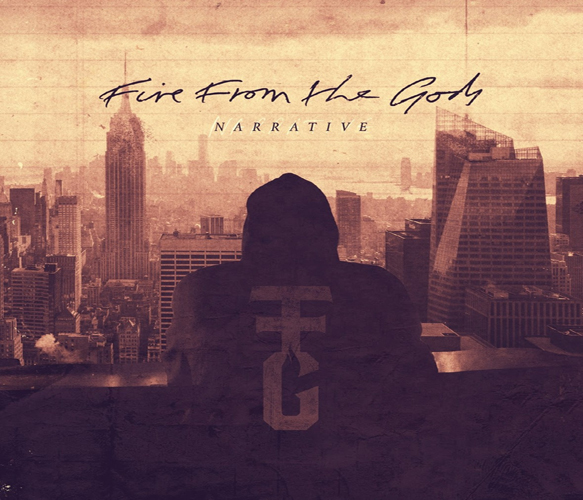 AFI – Bodies (Album Review) You Me At Six – Suckapunch (Album Review)
Like the in-depth, diverse coverage of Cryptic Rock? Help us in support to keep the magazine going strong for years to come with a small donation.