First Decree – This Is Our Rise (Album Review) 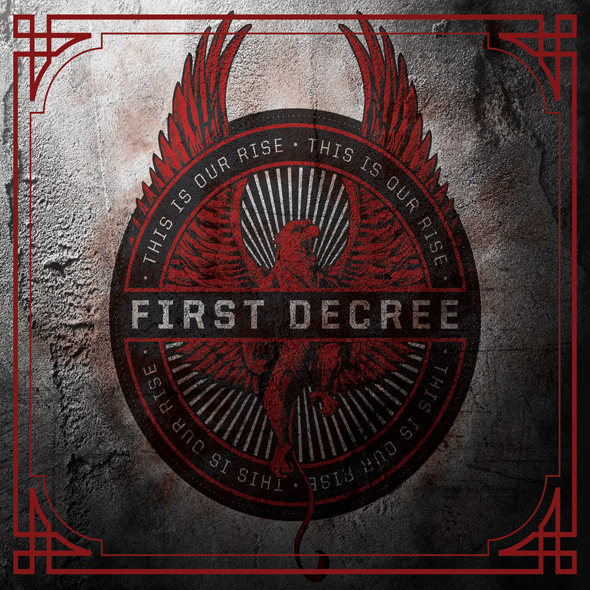 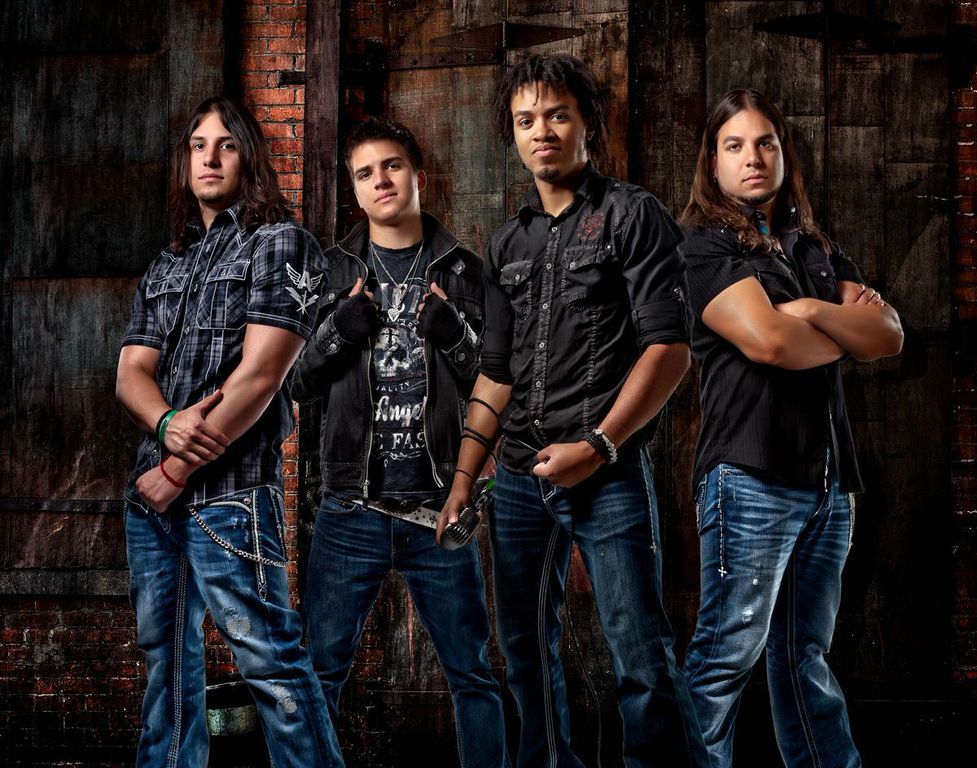 Started in 2012, First Decree came from the union of three brother and one family friend out of Cheyenne, Wyoming. From a town not known for its contributions to modern music, the men of First Decree united to create something new in their pastoral town. Comprised of brothers Dane Lopez-Smith (lead guitar), Isaac Lopez-Smith (bass), Zachary Lopez-Smith (drums) and Travis Smith (vocals/guitar), the band released their first EP within their year of inception. They followed this up with their album, Set In Stone, in August of 2013 after spending some time in the studio with producer Joel Wanasek. Now, after become road-worn and having shared the stage with some of the most seasoned veterans in Rock and Metal, they released their second studio album, This Is Our Rise, on August 21st. The album demonstrates a variety of styles and effects, leading the listener through an emotionally conflicted journey, but maintains an air of youth.

“Here We Go Again” kicks things off and is good, genuine radio Rock. The energy is infectious with the way it coils through the entire song with a fire and passion. James’ vocals show a diverse range and his projection is on point. With “Stop,” the harmonies are the star with the combination of the instruments and vocals to create a seemingly effortless transition from the high, lows, and plateaus of the song. Despite being a song about hate, “All I Am” exhibits some beautiful melodies that play off of James’ vocals and highlights the kit work of Zachary. The same could be said of “Bring Me Down” regarding the drum work, but there is an underlying Funk to it that gives it a certain groove. It is pretty straightforward, minimal frills song to start- all drum, bass and heart- that carries a determined spirit. The guitar solo and breakdown in the middle of the song give it a distinction and heft that commands attention. As it exits, the final ungulations and singing of the strings is compelling and stirring like the last notes of a beautiful love song; it makes you feel something.

“Flesh and Bone” is reminiscent of the early, more melodic work of The Veer Union. Its jagged string connections with smooth vocals, softer backing vocals, and the lyrical content give it heart. “Phoenix” comes up like its namesake with more prominent stringwork and more effected vocals. Its upswing is almost anthemic in its delivery without the pretense of a revolution and more with its eye on making a change for the better. “Set In Stone” delivers a slower, more somber pace wherein the band opts to touch on the power ballad route with larger overtures. In “Not Awake,” the band continues this path of grand overtures and heavier drum accents paired with the swell of James’ vocals. The string work of Dane and James is pointed and precise, giving the song an interesting edge. “Lost in the Crowd” is a more upbeat rhythm with signs of Pop Punk influence. The spirit of this track invites the listener to move and has a basic “feel good” theme while explicitly pointing to the title of the album, This Is Our Rise.

Rounding out the end of the album, “Rain” pours in like a love letter to a moment in time, something unforgettable and cherished. There is something infatuating about this track that is markedly different from even the slowest of its predecessors on the album. This is found in how it is strikingly reminiscent of Simple Plan’s “Perfect” or Blink-182’s “I Miss You” in the tone, pace, and soul of its composition. “From Me to You” has a Creed feel to it with the body of the song feeling incredibly similar to “With Arms Wide Open.” While the song was a huge hit for Creed at the time, “From Me To You” has a little too much in common with the famous anthem to get away with a differentiation in the chorus and skate on a technicality. While the rest of the album until now has been an experience and complete journey, this throws it off a bit.

The acoustic versions of “Phoenix” and “Lost in the Crowd” are stripped down, bare versions that really give the instruments and James’ vocals a chance to shine through. In many ways, they are preferable to their plugged in counterparts due to their inability to hide behind production and overzealous layering. The rawness of these tracks is stellar in its honesty because, despite being studio produced and recorded, they are not perfect. The audible flaws makes them that much more earnest and indicative of their integrity. First Decree has managed to compile a body of work capable to standing shoulder to shoulder with some of their contemporaries. Their passion and effort shows through the journey they take the listener on throughout the album with twists and turns of heartache, self-doubt, the search for commiseration and unity, and the return to equilibrium. As long as they maintain their own heart and resist the urge to borrow too heavily from their influences or predecessors, they stand a fighting chance of continuing to do great things. CrypticRock gives This Is Our Rise 3 out of 5 stars.