Fit For An Autopsy – The Great Collapse (Album Review) 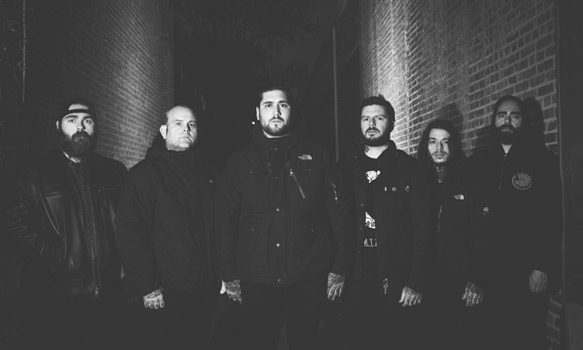 With a keen eye for social awareness, global hot topics, and infectious, insidious Deathcore sound, New Jersey’s Fit For An Autopsy are informed headbangers who are ready to win your vote with their newest release, The Great Collapse, available March 17, 2017 via eOne Music.

Formed in 2008, Fit For An Autopsy are a Deathcore/Extreme Metal band out of the Garden State who do not consider themselves “political,” but rather socially-aware. They released their first full-length studio album, The Process of Human Extermination, in 2011. They followed this up with relentless touring, and then, in September 2013, came their sophomore effort, Hellbound. More touring would follow, as would the news that original Vocalist Nate Johnson would be leaving the band. In the interim, Greg Wilburn of The Devastated was named as Johnson’s temporary replacement.

By early 2015, Fit For An Autopsy announced Wilburn’s departure and the arrival of new Vocalist Joe Badolato. Their third full-length album and the first with their new vocalist, Absolute Hope Absolute Hell would be released in October 2015. The album cracked the Top 20 on the Hard Rock Albums chart and hit #3 on Billboard’s Heatseekers chart.

The band – Badolato; Guitarists Will Putney, Pat Sheridan and Tim Howley; Bassist Peter Spinazola; and Drummer Josean Orta – would return to their schedule of relentless touring. Their prolific tour schedule has allowed Fit For An Autopsy to share stages with nearly every Extreme Metal act, including Aborted, Whitechapel, Suicide Silence, The Acacia Strain, Fallujah, Emmure, Chimaira, Iwrestledabearonce, DevilDriver, The Amity Affliction, Carnifex, Thy Art Is Murder, Within the Ruins, and many, many more.

Now set to continue their evolving story, Fit For An Autopsy will release their fourth studio album, The Great Collapse. Do not expect any preachy politics, but rather a distinct awareness of the world around us; a social awareness that is more observational than preaching. “When I write a song, I’m trying to feel emotionally connected to it. I really don’t like saying things that don’t matter over music that I want to matter,” says Guitarist, band co-founder and principal Songwriter Putney. “We’ve always addressed serious topics going back to our first album. We aren’t a politically charged band up on a podium yelling at people – anybody can relate to the aggression, anger, frustration, and sadness often communicated in our music. But we absolutely raise important questions in the lyrics. Those themes are there to discover.”

Multi-layered sonic assaults with savage vocal onslaughts encompass the majority of The Great Collapse. The album begins with Badolato proclaiming, “The city is a fucking prison” on “Hydra,” a wicked blitz with sensational guitar work from the band’s trio of guitarists. A track that confronts the current international refugee crisis with a sympathetic eye and one of the album’s strongest offerings, “Heads Will Hang” is coincidentally its first single/video. “War is now the will of your God” becomes the key lyric in a video that depicts war first as a children’s game, and then as a horrifying, apocalyptic reality. With some hints of melody melting into the chorus, there is an overall atmospheric groove and some unparalleled jackhammering drumwork by Orta.

Another standout track, “Black Mammoth” is the album’s second single/video. A tragic visual depiction of the pipelines cropping up across America despite endless protests and the destruction of sacred, Tribal lands, “Black Mammoth” makes it clear that “tragedy reigns forever” in a world where oil replaces God. A delicious bass groove from Spinazola and epic vocals propel this anthem for the year 2017.

Much of the sonics throughout the disc present racing guitar work (“Terraform,” especially) that seemed to find their basis in a Speed Metal influence. This racing guitar work coupled with pulverizing bass and pummeling drums encompass the bulk of “Iron Moon”. “I’d rather suffocate than breathe in what this bullshit life has offered me,” Badolato growls in this plea for defiance against the established banality of a 9-to-5 life. Making special note of climate change via a spoken word sample of a Leonardo DiCaprio environmental speech,”When The Bulbs Burn Out” is a luscious, atmospheric exploration of the sustainability of our earth and environment. Can she survive under the weight of billions?

“Who the fuck are you when no one’s watching?” Fit For An Autopsy graciously inquire in “Too Late,” a track that also possesses a Speed Metal influence. Conversely, “Empty Still” begins with softer sonics and more emotional vocals, proclaiming: “I never wanted to live in a world that would kill me, I never wanted a father who wouldn’t forgive me.” Spiraling bass and guitars lull us down a spiral toward emotional agony; this is a musical odyssey that must be experienced personally to be truly digested.

“Spiral” is its counterpart: a track that starts off mad as hell, screaming. In the opposite approach from its predecessor, this track spirals from anger to acceptance. Sad, lonely acceptance. Just when you think it might be over, Fit For An Autopsy come back sevenfold with one final, vicious plea. Don’t save them, they cannot bare the scars of yesterday.

At just nine songs in-length, The Great Collapse might superficially appear short on content, though this is an album that is overflowing in quality musicianship, ferocious vocals, and exquisite production. In fact, much of The Great Collapse succeeds due to its detailed production work from Putney, who is an accomplished producer within the Deathcore/Extreme Metal genre. Each song is a multi-layered, sonic journey that will inspire a circle pit in your living room.

Fit for an Autopsy might cringe at these words, but they are reminiscent of a Suicide Season-era Bring Me The Horizon, sitting on a similar cusp of great successes. For now, The Great Collapse is a solid indicator of greatness to come. For all this and more, CrypticRock gives Fit For An Autopsy’s The Great Collapse 4 of 5 stars. 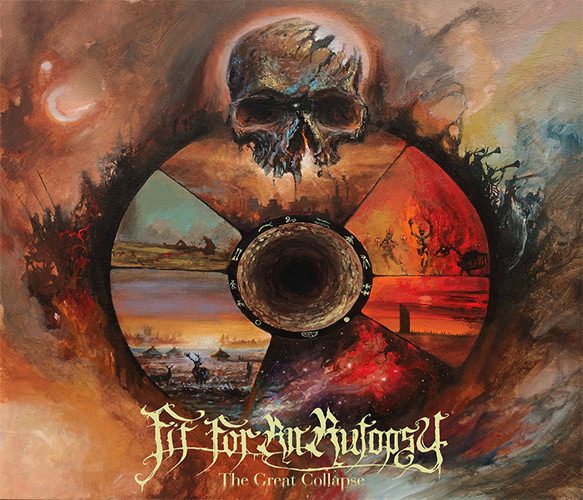