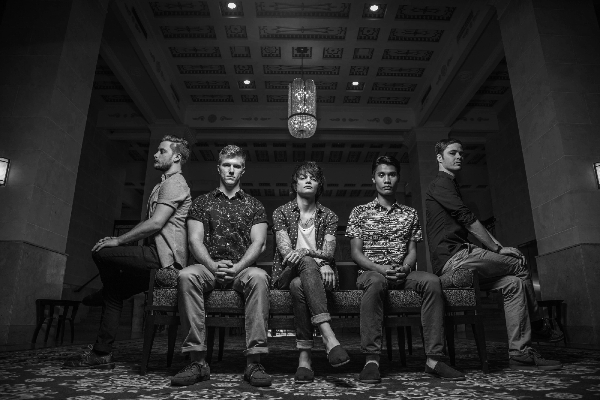 The town of Jacksonville, Florida may not be known for their big Alternative Rock scene, but that may change once the new album by band Fit For Rivals hits the airwaves. Most recently, an EP, titled Sugar, was released on July 15, 2015 through Big 3 Records, and is merely an appetizer for the second, full length album that they are currently working on, rumored to be released later this year. The band was founded in 2008 when Vocalist Renee Phoenix met Thomas Amason while looking for a new axe man for her band, The Explicits. They decided to start a new project together and Fit For Rivals was born. With Phoenix on vocals and Amason on both keys and guitar, the two added Dorman Panfoeder on drums, Eli Clark on bass as well as backing vocals and Rufino Lomboy on lead guitar to complete the lineup.

After releasing their debut album, Steady Damage, in 2009, Fit For Rivals took off when the video for their first single, “Damage,” became a smash hit on the band’s YouTube channel, currently having garnered an imposing twenty million views. Supporting Flyleaf, Adelita’s Way, and Framing Hanley on the “Revolver’s Hottest Chicks in Hard Rock Tour” brought Fit For Rivals’ sound to a bigger audience for the first time. Another song from the debut, “Crash,” was used on Pay Per View’s WWE: Over The Limit and also in the 2010 feature film, Legendary, starring Danny Glover and John Cena. Now signed to Big 3 Records, Fit For Rivals present four tracks to whet the appetite of fans curious for the upcoming album, Freak Machine.

“Special Kinda Crazy” opens up the EP and brings to mind the Wisconsin Alternative band Garbage with its rough, Rock notes. The instrumentation and musical arrangement call up Shirley Manson & Co., while  at the same time, bringing up the individual sound behind Fit For Rivals. The following track, “Light That Shines,” begins like something from The Cure, but turns out to be a real rocker, recalling the sound of the band’s 2009 album. In the past, the sound of the band has mainly been stretched around Phoenix’s vocals, who was often compared to a younger version of Joan Jett. Actually, this comparison cannot be dismissed on the first single and title track of the EP, “Freak Machine,” but on the other hand, it would be too easy to dismiss the skills of the band based on this fact. This song is the epitome of Fit For Rivals’ sound. The EP closes with “Hit Me Like A Man,” a track that shows the rough, rocking side of the band, bursting with more Jett-like, croaked vocals, and a major Rock-n-Roll attitude.

Sugar is the proof for fans that Fit For Rivals have quite a few hot irons in the fire. After a six year break since their latest release, this short but sweet appetizer raises the anticipation for the band’s newest album. Phoenix is a vocalist with tremendous personality, setting her apart from others on the scene with both her voice and presence as the band’s leader. Fans of female-fronted modern Rock groups should check out Sugar to get an introduction to this very promising act that are headed for big things in the future. Do not be limited to the title female-fronted Rock band though, Fit For Rivals are simply a solid Rock band, regardless of gender. CrypticRock gives Sugar 4 out of 5 stars. 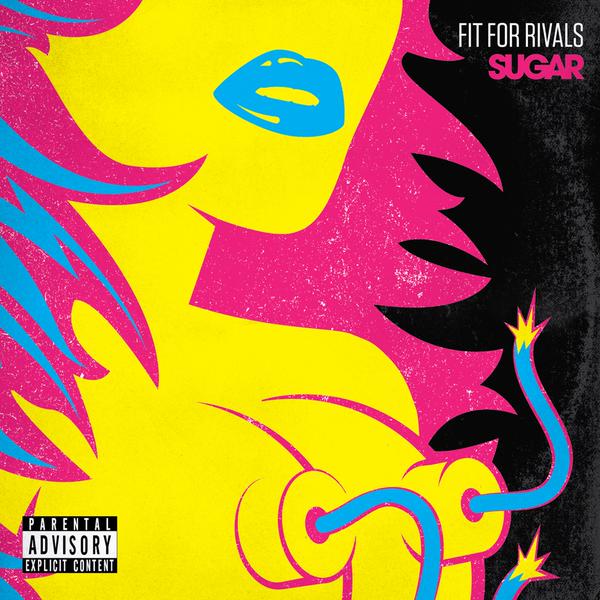