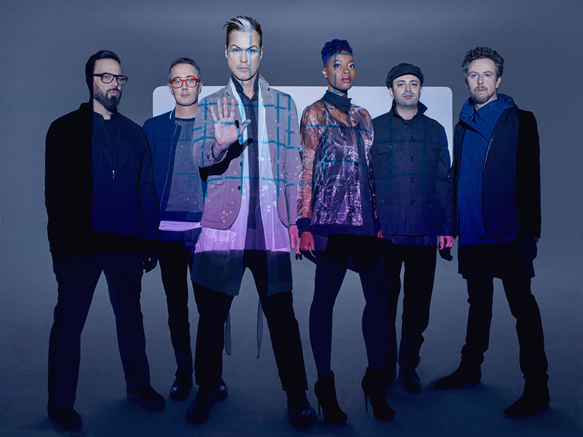 With roots in Indie Pop and Neo Soul, Los Angeles, California’s Fitz and the Tantrums has always been into mixing genres and creating a sound all their own. Founded by Michael Fitzpatrick back in 2008, the band consists of Fitzpatrick as lead vocals, Noelle Scaggs as percussion and vocals, James King playing flute, saxophone, keyboard, percussion, and guitar, James Kass on bass guitar, Jeremy Ruzumna on keyboard, and John Wicks as primary drums and percussion. An eclectic mix of musicians, according to Fitzpatrick the band immediately clicked and could have very well played a show the night of their inception.

Fitz and the Tantrums started small, touring alongside well-known act Flogging Molly and Hepcat in September 2009. They were quickly noticed by Adam Levine of Maroon 5, who upon hearing one of their songs on their 2009 EP, Songs for a Breakup Vol. 1, while getting a tattoo decided to have them on Maroon 5’s Back to School Tour in November of that year. Still picking up steam, by April of 2010, the band had been signed by Dangerbird Records to release their debut, full-length album, Pickin’ Up the Pieces. The album would hit #1 on the Billboard Heatseeker Album charts, propel them signing with Elektra Records, and the release of 2013’s acclaimed More Than Just a Dream, highlighted by the single “Out of My League.” Paying homage to Electro Pop and the ’80s revival movement, Fitz and the Tantrums return to the music scene with a fresh new sound with their third album, Fitz and the Tantrums, on June 10, 2016, produced by the Grammy nominated Jesse Shatkin.

Opening the eleven-track dance oasis is the addictive single “HandClap.” Initially released back in late March, the song opens with a trumpeting of melody, and flows into a bass-heavy groove. Fitzpatrick follows up and leads into the chorus and title, “I can make your hands clap.” Featuring a very catchy riff and vocal performance, it has become a radio hit and is likely to be a summer favorite of bars and clubs. Next is “Complicated,” which is an appeal to the half-spoken, half-sung vocals of modern music. The underlying message of the song is very sexually charged, claiming the situation is complicated, while it seems as though the singer tries to start the embers of a lover’s tryst. With neat electronic sounds and well-paced rhythm, like many of Fitz and the Tantrums cuts, it makes it hard to stay still.

Moving along, “Burn it” seems more melodic and serious than the two tracks before as the heavy Dance influence bleeds its way smoothly into the seams of the music. The chorus line “I know what to do when our love is on fire” is as relatable as it is mesmerizing with repetitive lyrics that are not cheaply used. It seems to fall in line with “Complicated,” another piece about torrid affair and as the title implies, burning it away. Then “Roll Up” is impactful and upbeat as it rushes in, extremely reminiscent of an older flare in the spirit of the Pop music brand. Much more innocent in its intentions, it is all about light-hearted fun and romance, all while dancing the night away in their sneakers until the morning.

“I am a tricky one, I love the way you love me back” is the gist of “Tricky,” the album’s fifth song. Possessing cool instrumentation, it is refined into authentic Dance club style, all about the messiness of even requited love. Coming on with a vague Disco feel with a Techno remix is “Fade Back,” blending the two styles together without being overpowering as backup vocals are tastefully added for that groovy feel. Changing gears again, “Run It” features more of an R&B vibe to the intro with Fitzpatrick’s own smooth vocals being key to establishing the sound. Though simple in lyrical sense, the song is able to translate the longing and desire as the theme. This subtle dreaming sensation is all thanks to the keyboard and percussion, making the track as hypnotic as it is energetic.

Light and easy on the ears comes “Get Right Back” before “Do What you Want,” which is the tale of a lover scorned that keeps coming back for more with vibrant backing music. Pushing the boundaries of their experimentation, “Walking Target” uses an uneven tempo with interesting guitar lines and piano chords, making it lean towards Fitz and the Tantrums’ roots of Indie Pop. This is before the conclusion of the album where “A Place for Us” immediately evokes ideals of play from West Side Story with introspective lyrics that take a positive approach to finding a path in life that works, lover in tow.

Overall, Fitz and the Tantrums strays from the band’s initial sound, but experimenting is the way for an artist to truly surpass their past endeavors. Though more mainstream, the album is upbeat and vibrant, lending a new facet to talented players. CrypticRock gives this album 3.5 out of 5 stars. 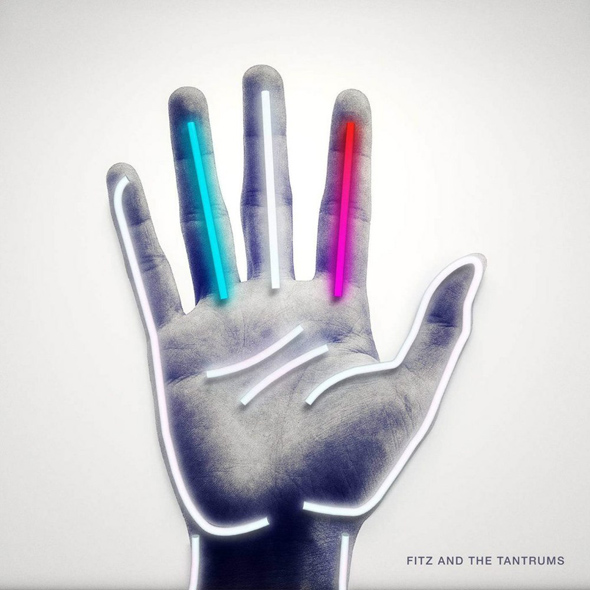