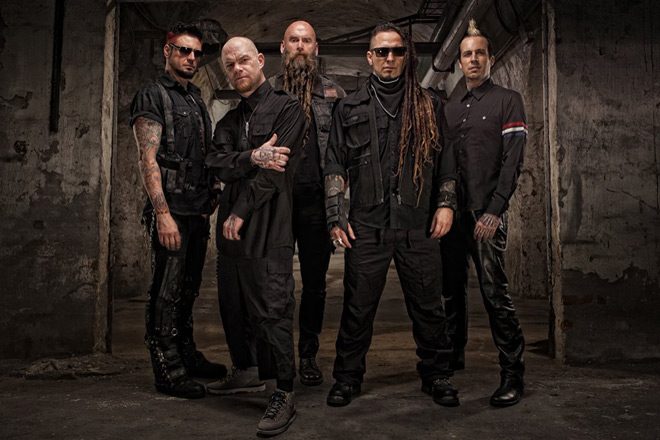 Over the last decade, Five Finger Death Punch (FFDP) has been one of the more enigmatic bands to hit the Metal scene. Born from previous projects – Ivan Moody a part of Motograter and Zoltan Bathory a part of U.P.O. – to many it would just be another band, but something magical happened. What happened? Well, everything clicked and right out of the gate Five Finger Death Punch demanded attention, seemingly come out of nowhere with their 2007 hit debut album, The Way of the Fist. Then, what some naysayers would call an aberration, FFDP did not just trend water, they grew bigger in 2009 with War Is the Answer. A band for some odd reason many people love to hate, they will not and have not been denied stardom.

Still going strong, headlining shows worldwide and topping charts, FFDP at this point deserve a chance to look back on all the milestones of the past. Afterall, it has been 10 years since The Way of the Fist, and so much has happened since then. That in mind, just in time for the Holiday gift-giving season, FFDP are set to stuff fan’s stockings with A Decade of Destruction.

Set for release on Friday, December 1, 2017 through Prospect Park, A Decade of Destruction is full of some of the band’s best hits to date. Over an hour of music, the sixteen songs included capsulate the diverse emotions FFDP has been known for. Lyrics that reach into the very depths of the human soul, it is no wonder their fanbase remains strong. Including early hits such as “The Bleeding,” there is also “Far From Home,” “Under and Over It,” and “Remember Everything.” There is also “Lift Me Up,” “Wash it All Away,” and their signature cover of Bad Company’s “Bad Company.”

Sort of a history lesson of FFDP, you can hear the band mature from The Way of the Fist through 2015’s Got Your Six. No, the compilation is not in chronological order, but it still covers nearly all corners of the band’s past. In case someone was not really paying attention to their progress, you can still hear their hard sound and compelling lyrics, but they seemly polished their sound along the way. Simply put, they seem to have more direction with their newest tracks. That is not to say that their older stuff is not worth listening to, but hearing all the songs together like this makes it evident.

Also included is their cover of “House of the Rising Sun” where they deliver every note with exceptional depth and feeling, the emotional “I Apologize,” and “Jekyll and Hyde.” Let us not forget the “Wrong Side of Heaven,” a song which really shows the depths that FFDP can go. As mentioned, it has nearly everything. Now, we say nearly everything because the most seasoned FFDP fan may be puzzled as to why tracks like “Never Enough,” “Stranger than Fiction,” “Hard To See,” “Walk Away,” or Back for More” were not included.

That question aside, there are plenty of old cuts to dig into here. Most of all, there are two newer songs included on A Decade of Destruction. The first is the band’s latest single, “Trouble.” Sounding badass, it is a great sample of what is to come in the future from the band. Additionally, there is the cover of The Offspring’s “Gone Away,” which is still very much FFDP, but also shows the band is looking to expand their stylistic approach for the future.

Speaking of the future, yes, it has been two years since Five Finger Death Punch has released new music, but there are plans for a new studio album in spring 2018 via Prospect Park Records in North America and Eleven Seven Music internationally. Thankfully fans have a little something to hold them over until then with both “Trouble” and “Gone Away.” Mixed with fourteen of the band’s biggest songs, A Decade for Destruction is a must have.

So grab yourself an early Christmas gift or be sure to write a letter to Santa to send you some FFDP! For these reasons, CrypticRock gives A Decade of Destruction 5 out of 5 stars. 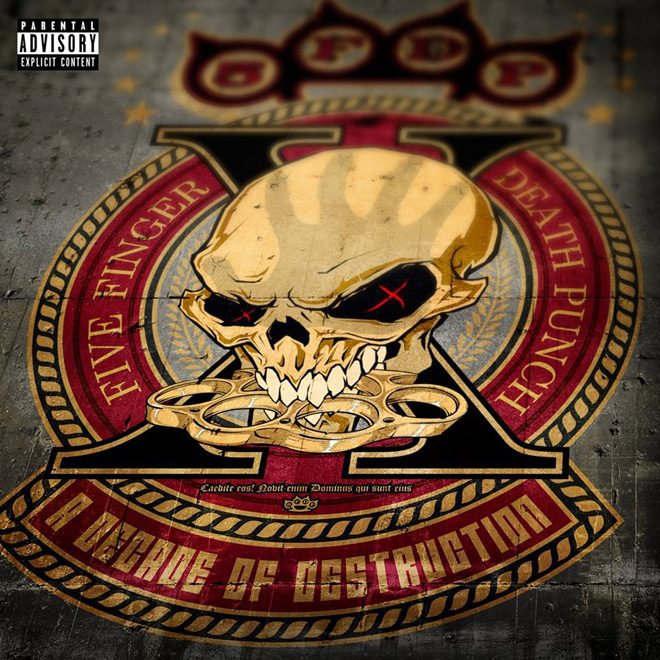 Purchase A Decade of Destruction: