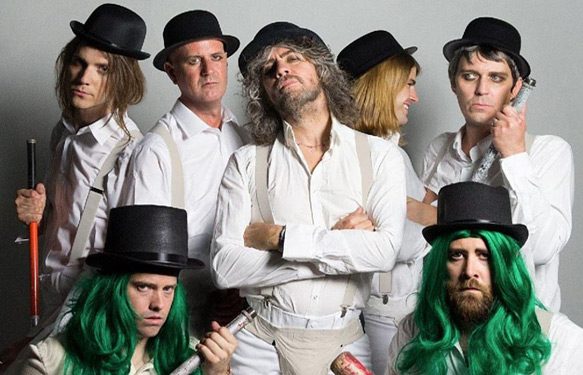 Anguish and hardship can only be followed by better days. At least that is what The Flaming Lips work to convey in their latest effort, Oczy Mlody. Through the despondent and sparse soundscape provided by the Oklahoma veteran’s 2013 album, The Terror, written in the backdrop of Frontman Wayne Coyne’s split from longtime partner of 25 years, The Flaming Lips have added a certain weight to their typically rousing psychedelia.

Together for over three decades now, The Flaming Lips are perhaps one of the most unique bands on the Alternative Rock scene. Spending much of the earlier years of their career a hidden gem, by 1992, they were signed on with Warner Bros. Records, dropping their major label debut, Hit to Death in the Future Head.

Still relatively unknown, mainstream success came with the release of 1999’s The Soft Bulletin, their most layered work to date. Following up with Yoshimi Battles the Pink Robots in 2002, The Flaming Lips finally attained the recognition they deserved with Grammy awards the very next year.

So where are The Flaming Lips today? They are still going strong, touring the world with must-see stage shows, making music, and being the leader of Experimental Rock music. Returning with Oczy Mlody on January 13, 2017, they offer fans their fourteenth overall studio album, and one of many working with Producers Dave Fridmann as well as Scott Booker.

Their first album of original material in four years, if The Terror was a vessel of loss, doom, and apocalypse, Oczy Mlody is the initial rebirth and childlike wonderment. On this album, it seems as if featured Artist Miley Cyrus has recaptured Coyne’s seemingly deflated spirit, adding additional whimsy along the way. In fact, the album is not unlike the Flaming Lips’ recent 23-track soundcloud collaboration with Cyrus. This in mind, The Flaming Lips have never shied away from the abstract, and their new effort is no exception.

Breaking it down, Oczy Mlody is a Polish phrase that translates to “eyes of the young.” Through the story of the titular drug and its subsequent journey through others in the quasi-Rock Opera, The Flaming Lips attempt to convey a warm, friendly appeal as per their usual gimmick. However, the album as a whole seems as distant as ever from the artist to the listener. With minimal plot points and cold, far-off instrumentation that seems almost involuntary, it is almost ironic how inorganic an album about hallucinogens can feel. Opening with the title-track, going into “How” before “Sunrise (Eyes of the Young),” much of the first half of the album takes its time to unfold flat. While there are high points, to many, it may come across as uninviting and downright slow.

Not to deter any listener from spinning the record, Oczy Mlody feels like The Flaming Lips most synthetic release yet. There is absolutely nothing wrong with a good electronically-oriented album since plenty have made a successful career leap from the two genres. However, Oczy Mlody substitutes perceivable drums and guitar for programmed beats and bass wobbles, which could puzzle some listeners. Yet, those who are open-minded and patient, there comes an elaborate soundscape during the latter portion of “Galaxy I Sink,” complete with a cinematic orchestra fit for a galactic battle with robots.

With six tracks left on the album, the next few including “One Night While Hunting for Faeries and Witches and Wizards to Kill,” “Listening to the Frogs With Demon Eyes” and “The Castle” are a bit easier pill to swallow. Here, the talented band experiments with deep sonic qualities, jarring synthesizers, and ethereal percussion. In addition, the aforementioned ’60s Pop inspired “The Castle” is a blissful composition featuring colorful synths and charming lyrics. Then there is the album closer, “We a Family,” and features Cyrus remarking on “Jesus and the spaceships comin’ down” all over a fuzzy vocal effect. Reportedly dating back to the 2015 Dead Petz sessions with Cyrus, the album closer is the closest to a Rock-structured tune. Complete with a catchy chorus and “love is all you need” sentimentality, it will anchor in fans of albums past.

A very interesting album, Oczy Mlody may be cold on its exterior, but holds something special about The Flaming Lips. While some may look at the record as a trippy, dark fantasy, others may need some time to dig into it all. For these reasons, CrypticRock gives Oczy Mlody 3.5 out of 5 stars. 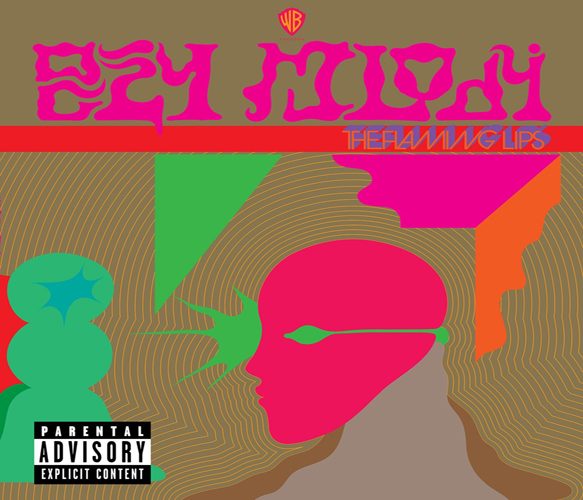