Some albums mature with age and become remembered as masterpieces of their time. Each song melded together separate musicians and distinct melodies to make the entire collection perfect. Some restaurants are time-honored destinations, each menu offering is delicious in its own way. The combination of ingredients and preparation techniques coming together to form a perfect taste that never becomes stale. Furthermore, some movies become classics because the actors, the story, and the filmmaking all create an experience that stays with the viewer for decades, whether the first viewing, or the tenth. Flatliners celebrated the twenty-fifth anniversary of its US release on August 10th, 2015, and this is one of those movies. 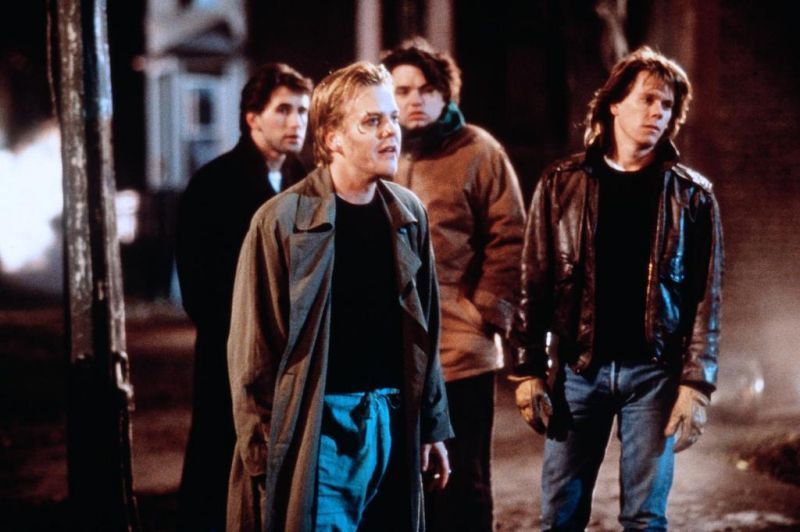 The title refers to the condition on EKG and EEG monitors when a patient no longer shows signs of life. When the devices cannot detect vital signs, they display a flat line on their screens and the well-known solid tone is emitted, this condition is known as flat-lining. Directed by one of Hollywood’s most prolific directors, Joel Schumacher, his film and television credits include both critically acclaimed, and universally panned projects. His 1995 Batman Forever and 1997 Batman and Robin films, almost destroyed the franchise, but his current Netflix series, House of Cards, is one of the network’s most popular.

Had this film been made today, the cast would be considered “All-star.” Kiefer Sutherland (Stand By Me 1986, A Few Good Men 1992) is just one of a half dozen future A and B-list actors appearing in this film. The others include: Kevin Bacon (Footloose 1984, Tremors 1990), Julia Roberts (Mystic Pizza 1988, Erin Brockovich 2000), Oliver Platt (Lake Placid 1999, The Big C TV series), William Baldwin (Backdraft 1991, Forgetting Sarah Marshall 2008), Kimberly Scott (The Abyss 1989, World Trade Center 2006), and Hope Davis (Hearts in Atlantis 2001, Wayward Pines TV seires); who coincidentally made her debut in this film. Produced by Hollywood royalty, Michael Douglas, the film had a budget of $26 million and has made an estimated $61.5 million in the USA alone, making it highly successful both financially for Columbia Pictures, and artistically, garnering an Oscar nomination in the category of Sound Effects Editing. It eventually lost to the more critically acclaimed Red October. Schumacher matched the film’s tone with that of an earlier film he made with Sutherland, the equally dark and classic Lost Boys in 1987. 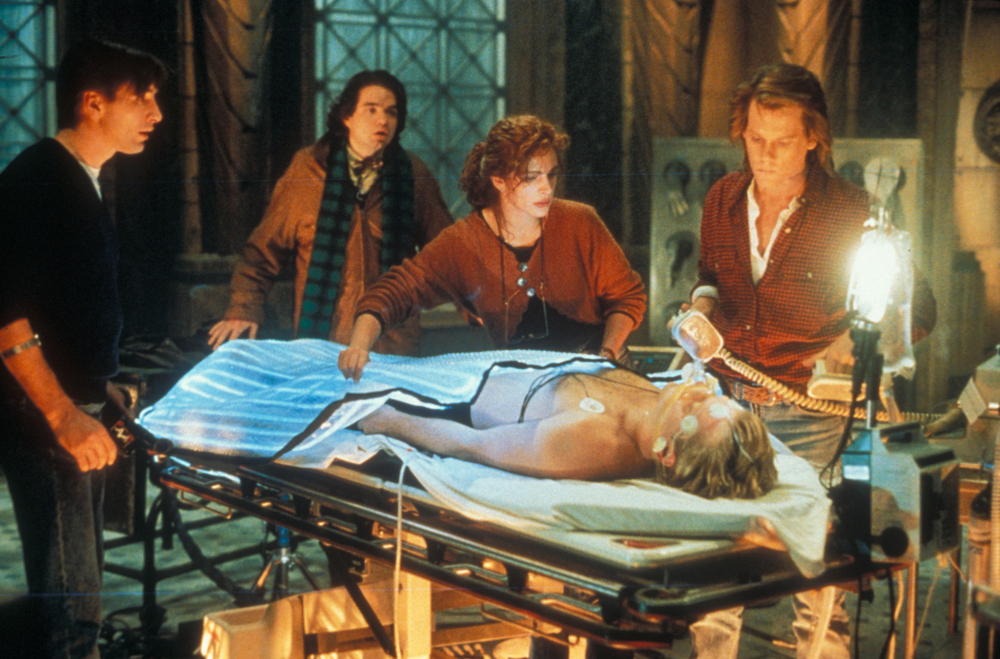 The movie’s theme of discovering what, if anything, happens in the afterlife is a familiar trope. The story was written by Peter Filard in his first motion picture writing credit; he had previously been a staff writer for television’s MacGyver and went on to write several other feature films including 1996’s The Craft and the television adaptation of Stephen King’s Salem’s Lot. The idea of having the subject researched scientifically is unique in the film. Although some critics at the time thought it was a bit campy, the movie has aged well and continues to be distinctive in its approach to discovering the truth.

The movie follows four medical interns who use themselves as guinea-pigs in their research. Led by Nelson (Sutherland), his fellow students David (Bacon), Joe (Baldwin), and Rachel (Roberts) assist him in a controlled death, then resuscitate him within a prescribed time limit. Each of the four take turns journeying into the afterlife to experience increasingly real nightmares from their pasts. Eventually, these visions begin to manifest themselves when they are alive and alert to varying degrees of horror. The dreamlike visions, on both sides of the ethereal plane, are well done and create an atmosphere of fear and trepidation for characters and viewers alike. 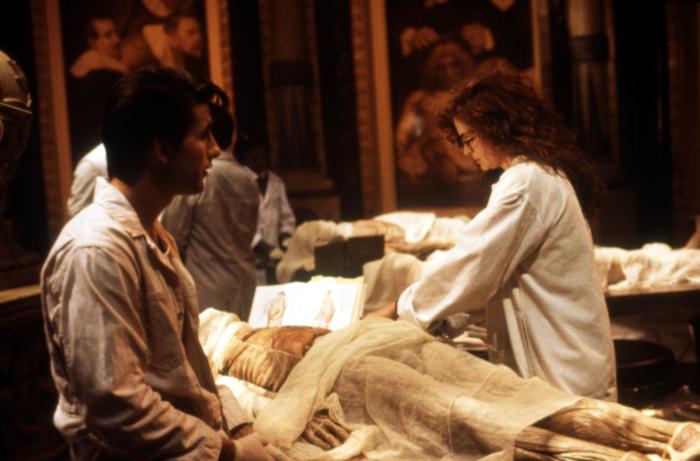 It is interesting to note that several cast members were almost not in the film. Val Kilmer was originally offered the role taken by Sutherland, and Nicole Kidman had been considered for Roberts’ part. Had either of these actors not been included, Sutherland and Roberts would not have met, dated, and become engaged. The nuptials were eventually called off.

From the opening week’s review, The Washington Post’s description still rings true twenty-five years later, “[The film is], a Brat Pack neo-Gothic that plays like Frankenstein in reverse.” The film is underrated with an overall approval of only 60% on the various websites devoted to tracking films as they age. Watching the cast of relative newcomers at the time, Julia Roberts’ signature role in Pretty Woman was released in March of the same year, it is easy to see that they were all going to continue to grow as actors as their careers continued. The movie is just as frightening today as it was then, and worth watching for the physiological thrill. 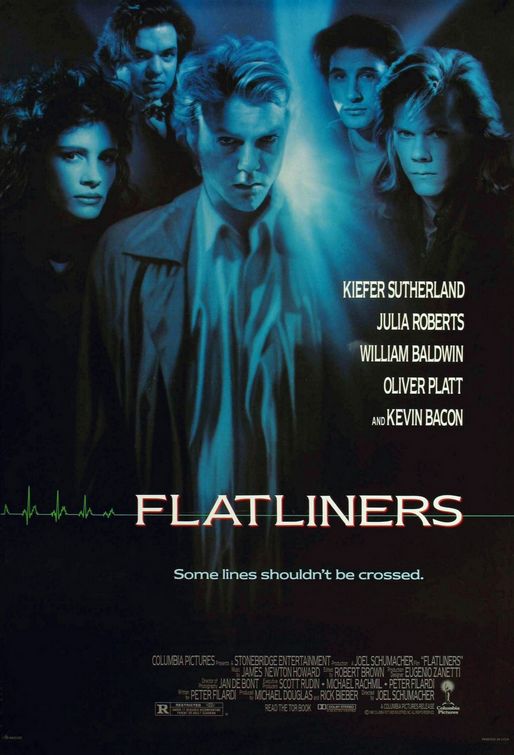 Purchase Flatliners on DVD on Amazon