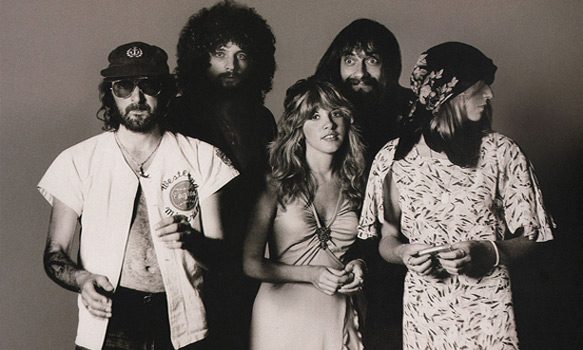 There are events in life that can make or break a Rock-n-Roll band. Working through heartbreak, frustration, and personal anguish, English American Rock legends Fleetwood Mac live to tell the tale that would have undone even the strongest.

Born back in 1967 following Peter Green’s departure from British Blues band John Mayall & the Bluesbreakers, he, John McVie, and Mick Fleetwood would be the foundation of Fleetwood Mac. Begun with Blues Rock roots, Fleetwood Mac would go on to attain commercial success with one charted record after another.

Going onto to bringing in Christine McVie full-time in 1970, John’s newlywed wife as of 1968, Fleetwood Mac truly started to take new shape, a shape that would continue to morph in the years that followed. In fact, the biggest moments of glory were yet to come for the band when looking to recruit Guitarist Lindsey Buckingham to replace the late Bob Welch.

Eager to add the talented guitarist to the fold, Buckingham would only come on one condition, they also take on his girlfriend and musical partner, Stevie Nicks. With the future wide open, Fleetwood Mac welcomed the team of Buckingham and Nicks, a move that would change the course of their history forever. Fit with a new lineup, alignments were formed, friendships blossomed, and. in 1975, they released their second self-titled album. Complete with a fresh sound and look, determined to show the world, they toured rigorously to promote the record. Seeing the fruits of their labor pay off, the album reached number 1  thanks to hits such as “Over My Head,” “Rhiannon,” and “Say You Love Me.”

Reaching to new heights of success, they soon would become one of the biggest Rock bands on the scene at the time, putting the pressure on their shoulders to follow-up with an even better output. With the wheels in motion, Fleetwood Mac, a band with a married couple, as well as a practically married couple in Buckingham and Nicks, were climbing the highest mountains musically, but falling into pits of turmoil internally.

Spending so much time on the road touring so heavily, they began to see the worst sides of one another. Taxing and trying, this resulted in both John and Christine McVie’s marriage coming to an end,while Buckingham and Nicks’ partnership was coming apart at the seams as well. Meanwhile, the glue that held the band together, Mick Fleetwood, was faced with the reality that his wife Jenny was having an affair with his best friend. A tangled web of events, extremely emotional to all involved, Fleetwood Mac were faced with a decision – part ways completely or push forward. Knowing they clearly had a special chemistry together, they decided to take the hard road, and, in the midst of the hurricane that was their lives, headed into the studio in the winter of 1976 to record the album that would become known as Rumours.

Heading out to the Record Plant in Sausalito, California, a tranquil place away from big city chaos, Fleetwood Mac would spend an entire year working in the studio to put together the new album. Given its title by John McVie, it fit perfectly considering all the drama going on within the band. Finally, after all the hard work fine-tuning each song with Producers Ken Caillat and Richard Dashut, on Friday, February 4th of 1977, Rumours was released to the public. Now considered one of the greatest Rock-n-Roll albums of all time, Rumors has sold over 45 million copies worldwide, also making it one of the best-selling albums of all time. Still, forty years later, there is still so much to talk about when it comes to the whispers and gossip surrounding the album.

As mentioned, the making of Rumours was not a cakewalk for the band. With the pressure to outdo their prior album, as a collective, they were faced with major relationship issues. While most couples who are in the midst of a messy breakup seldom even cross paths, Fleetwood Mac had to face each other daily to write and record music together. Seems impossible right? Well, somehow they made it through it all and the proof is in the end product that came out of Rumours’ sessions.

An album that had many songs written and recorded, they finally decided on eleven tracks, precisely picked and placed in an order for the ultimate listening experience. Knowing they very well had something unique, it was still uncertain if Rumours would translate to commercial success. Although, signs did point that it would after they unveiled the lead single, “Go Your Own Way,” in December of 1976. A direct result of the internal tensions of the band, Buckingham penned the song with his own relationship with Nicks in mind. Giving listeners a sample of what was to come, the single led to pre-orders reaching as much 800,000 copies, the biggest advance sale in Warner Brothers’ history at that time.

A buzz that had everyone yearning for more Fleetwood Mac, it was merely a prelude to what the rest of Rumours had in store. A pandora box of treasures, in retrospect, listening to Rumours is like peeking directly into the personal lives of the creators. While they may have not known it fully at the time, all the songs, are about one another. From the leading track, “Second Hand News,” to the number one Nicks sung single, “Dreams,” to Christine McVie’s optimistic “Don’t Stop,” and her telling “You Make Loving Fun,” this was an album filled with therapeutic liberation. While these factor make it a compelling listen, what really resonates is the tremendous songwriting among all the members. Amazingly, through all their troubles, they managed to write and record these songs together. In fact, “The Chain” was a collerbatorive effort from equal parts of the Fleetwood Mac family. So, while they were more or less not even on speaking terms outside the studio, they were still connecting inside its four walls.

While there was the well-known tracks, hits which are still spun on radio decades later, there was so much more to the workings of Rumours. For example, there is the beautifully Folk-textured  “Never Going Back Again,” a composition which sees Buckingham letting it all hang out lyrically again. Then there Nick’s less discrete, more fantastical in style, “Gold Dust Woman,” touching on the topic of drugs. Then there is McVie’s “Oh Daddy,” a song she wrote in honor of Mick Fleetwood for his will to keep Fleetwood Mac alive. That in mind, Rumours is not complete without McVie’s absolutely astounding “Songbird,” a piece that has made each member of the band cry at one point or another in time.

Dubbed as one of the top albums of all time by countless magazines, what else can be said about Rumours forty years later? Well, nothing that has not been said before, but it is the album’s humanistic nature that makes it still a worthy topic. In addition, it could be said that Rumours saved Fleetwood Mac, personally and as a band. Very open and honest about their relationships through the years, as expressed in the countless interviews conducted, John McVie, Christine McVie, Mick Fleetwood, Stevie Nicks, and Lindsey Buckingham all share one common thread in their stories; this album saved their lives. The album helped them heal, helped them see past the storm, and, most of all, made them realize they love one another.

While Fleetwood Mac has seen breakups and hiatus through the years, since 2014, the classic Rumours lineup was back together touring through the end of 2015. Taking a break in 2016 to embark in other endeavors, including Nicks’ tour with The Pretenders, Fleetwood Mac eye a world tour together in 2017. Through divorce, drugs abuse, and internal fights, the rumours are true, Fleetwood Mac are one of the greatest bands ever to grace the earth. 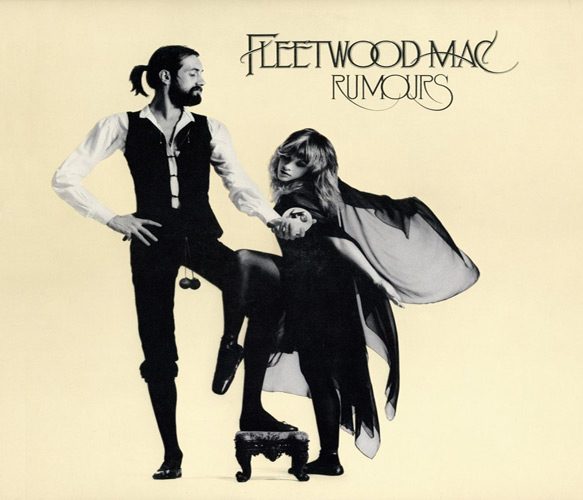