We Are the Flesh (Movie Review)

In a post-apocalyptic world, survival is strongly dependent upon the renouncement of virtue; as morality, integrity, trust, and decency serve no other purpose than to get one killed. Shelter, food, and water are the necessities required to survive, and which will not be passed out freely, but rather obtained through actions of the most depraved and wicked natures.

We Are the Flesh, which is more of a Fantasy Drama with a touch of Horror, was released in select theaters on January 20th and on Blu-ray, DVD and VOD on February 28th via Arrow Films. It is written and directed by promising 26 year old, freethinking Mexican Director Emiliano Rocha Minter (Inside 2013, Videohome 2014), and is his feature debut.

We Are the Flesh is the story of two siblings, Lucio (Gamaliel) and Fauna (Evoli), who are trying to survive in what appears to be a post-apocalyptic world. Scrounging for food and seeking shelter, the siblings break into a building and stumble into the domain of a most bizarre man named Mariano (Hernández). The brother and sister end up agreeing to a most nefarious and impious arrangement with the mysterious man in order to be able to stay there.

Mariano is a madman living in complete solitude for God only knows how long, which no doubt has only aided in his becoming even more unhinged; well, that and the fact that he is a drug abuser, but it is unclear as to what exactly he is using. He inhabits the spacious building where he produces alcohol using a homemade distillery, which he then barters with an unknown neighbor that sends him back meat and eggs through a passage they have made in the walls.

Mariano offers the siblings a place to stay and food to eat, but only under the condition that they explore their deepest and darkest desires, as well as help him build an extremely intricate cave, which is clearly representative of a womb, out of broken wood, egg crates, tape, and cardboard boxes. It is after this, in which the remainder of the film turns out to be a compilation of perplexing debauchery and carnal iniquity masquerading as fine art.

The incredibly graphic portrayal of such disconcerting events, which includes incest, paedophilia, necrophilia, rape, cannibalism, and other invasive imagery, makes it tremendously difficult to gather any deeper meaning which this film could have been metaphorically attempting to convey. This is not to say that Minter is uninspired or without prospect, quite the opposite really, because even given the disturbing content with which he decided to work with, he still manages to create something that was strangely enveloping.

The acting is impressive despite the off-putting subject matter, and Hernández does an excellent job of portraying the personification of the loss of inhibitions and exploration of one’s deepest, darkest suppressed thoughts without conscience or consequence. Minter initially wanted to cast actual siblings in the roles of Lucio and Fauna, but later changed his mind because he thought it would be far too much to ask of them.

The cinematography definitely has its visually-striking strong points, but there are also shots which only emphasized the obscurity of the already convoluted story. The film score and sound effects speak volumes in terms of further demoralizing immersed viewers, especially when there are such long intervals of silence from the characters. The set design is splendid, as the cave is indicative of primitivism and the freeing of one’s animalistic qualities, in addition to the representation of the womb and rebirth.

Finally, it is worth noting that We Are the Flesh is one of only three movies that have received the highest rating in Mexico, a D rating, which is equivalent to a NC-17 rating in the US and is usually reserved for pornographic films. The other two films to receive such a rating include Gaspar Noé’s 2015 Drama Romance Love and Manish Gupta’s 2011 Bollywood Thriller Hostel.

In spite of the film’s many redeeming qualities, it is unfortunately still not enough to outshine the fact that it is difficult to follow and the perturbing content eclipses any underlying theme, meaning, or ability for viewers to connect with it; which is why CrypticRock gives We Are the Flesh 2.5 out of 5 stars. 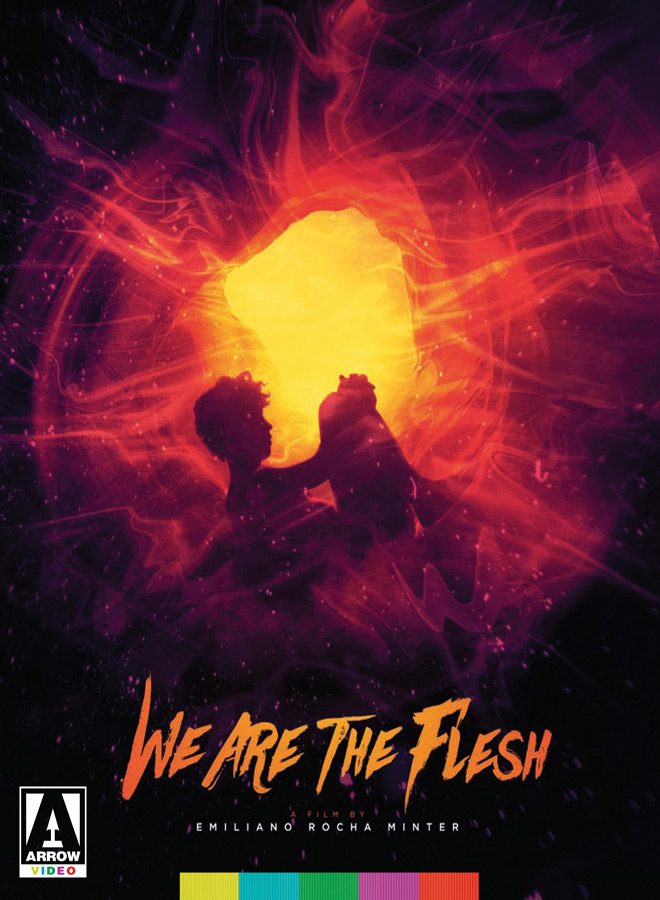 Purchase We Are the Flesh: Amazon