Florence + the Machine – How Big, How Blue, How Beautiful (Album Review) 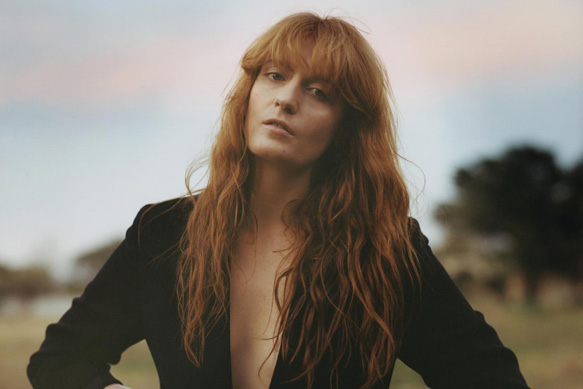 Florence Welsh and her band, also known as Florence + the Machine, released their fourth album, How Big, How Blue, How Beautiful, back in May of 2015 via Island Records. Formed back in 2007, the English Rock band lead by the aforementioned Florence Welsh and Keyboardist Isabella Summers have united a collaboration of other musicians, including Lead Guitarist Robert Ackroyd, Drummer Christopher Lloyd Hayden, Harpist/Xylophonist/Bassist Tom Monger, Bassist Mark Saunders, and Guitarist/Keyboardist Rusty Bradshaw through the years to create their own majestic Indie Pop sound. More than Pop, their music is artistic, unique, and most of all compelling to a wide range of audiences. This was oh so evident upon the release of their 2009 debut album release, Lungs. Critically and fan acclaimed, the record was followed by an even more impactful release with 2011’s Ceremonials. Topping charts internationally and touring the world, How Big, How Blue, How Beautiful is a culmination of all Florence + the Machine’s experiences over the years, for perhaps one of their most interesting work today.

Opening with “Ship to Wreck,” the second single off the record, it is also the most poppy as the acoustics take the forefront along with Florence’s highly powerful vocals. The track speaks of the idea of lust and how it can take on a character of its own. Furthermore, the cut stays true to Florence’s roots and earlier records as her voice has a strong touch by quickly changing tones from head to chest style, which seems quite flawless. The following track, “What Kind of Man,” the first single off of the record, gives a vibe of mystery and uncertainty from the get-go with the start of Florence’s vocals, which introduces the vibes of a chanting that could be heard in church or perhaps a temple that she was the head of. Here, Florence is the High Priestess, and as listeners, the audience feels captivated. Fitting her style, wailing trumpets and horns saturate the track to prove her point, thus amplifying its impact.

The third, self-titled track, is a moderately tempoed poppy ballad with apparent trumpets and high usage of violins. It speaks of the other side and water, and a pattern is starting to intertwine all of the songs together. This could represent the vastness of the water and traveling to the other side. Furthermore, the song is also composed of a large orchestration at the end, which is unlike a Florence record composed of orchestra, trumpets, and horns. The fourth track, “Queen of Peace,” the third released single, has the air of a 1980s track that is clearly with English influence, as it gives a feeling of regality and royalty. It speaks of being driven away into oblivion and uncertainty; the pressures of trying to keep things together, which is highly relatable for anyone who feels they are the peacekeeper of any aspect of their lives.

According to several interviews, after the success of Ceremonials, Florence was feeling pressure and went through a nervous breakdown during the creation of the record, which could give way to the subject matter of “Various Storms and Saints,” a more solo ballad that moves at a slower tempo. It shows a more soothing side of Florence’s voice, as if she is telling a tale that all of the listeners are eager to hear. It also gives lessons on how to find happiness in life when the world seems to be dark, and outside of love. Then, “Delilah” increases the tempo and suddenly becomes a swinging beat that a backup chorus could easily move to. It completely gives off soul and simply letting things go. On the other hand, “Long & Lost” takes a more calm turn and echoes of fear and longing for a lost love, a return to the way things were with a very bluesy, sweeping guitar riff keeping Florence company. It has more of an electronic vibe giving off an eerie feel, as if she is stuck on a boat aimlessly floating in the dark to wander home.

From a lyrical perspective, How Big, How Blue, How Beautiful seems to be Florence’s most vulnerable and cathartic yet. This can be felt on songs such as “Caught” and “Third Eye,” which seems to try to make sense of the darkness that leads to the light, yet seems to have a slight mode of coasting a little too long. Florence’s voice is what keeps the listeners hooked, and it is easily understandable. The second to last track, “St. Jude,” pays homage to the patron of the lost; of those simply trying to find their way. It is a very contemplative piece with a strong synth background, an echoing beat that circulates while “Saint Jude” is repeated over and over. Having the same feel as a Keane track, it is just as questionable as it is beautiful, and hopeful at the same time. The final track, “Mother,” the longest track of the record, comes close to six minutes and also repeats the theme of water as well as the feeling of being lost, tracing mother back to those roots. It is a very smooth sounding composition with high use of organ sounds and echoing chorus , in true Florence style.

Throughout their career, Florence + the Machine has cast an enchanting spell on their listeners, and this spell seems to come from a deeper, more spiritual place; a place of contemplation and wonder. In comparison to Stevie Nicks, Florence has a mysterious, witchy, ethereal quality about her that demands attention. The flow of the album tends to rock back and forth between the Florence listeners all know and her new soulful influence, and because of that, it keeps the listeners guessing. How Big, How Blue, How Beautiful is another milestone in Florence + the Machine’s career, and worthy of high praise. CrypticRock gives How Big, How Blue, How Beautiful 4 out of 5 stars. 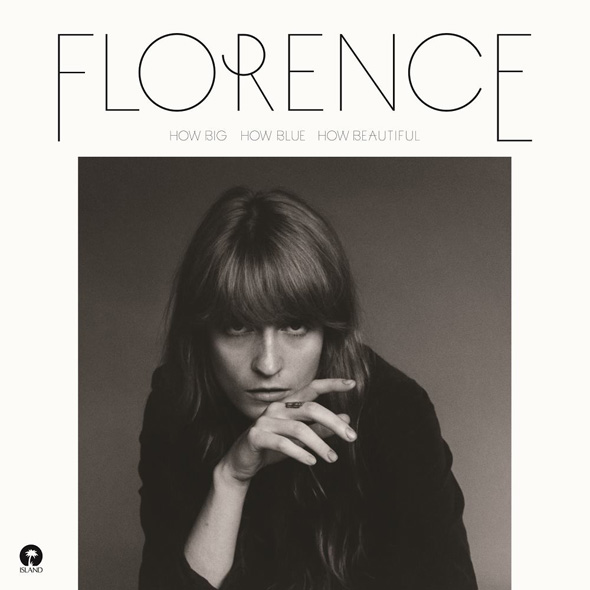