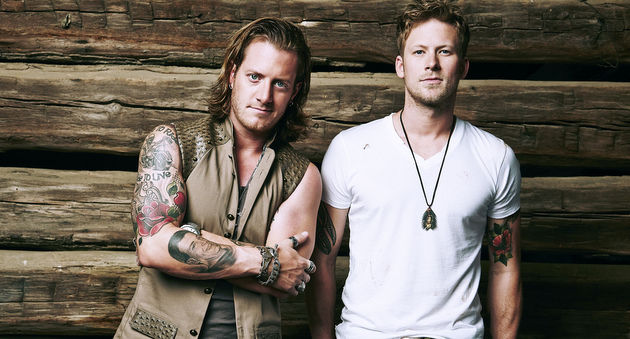 When Florida Georgia Line released their now record-breaking, eight time platinum single “Cruise” off their premier album Here’s To The Good Times in 2012, the duo was virtually unknown in the Country music world. Fast forward to October of 2014, Tyler Hubbard and Brian Kelley released their highly anticipated second full-length album as one of the most popular, successful, and well-known acts Country has to offer. “Cruise” and the ensuing singles from their first album may have launched them into superstardom, but their newest release Anything Goes is the one that is going to help keep them there for a long time to come.

Florida Georgia Line found the magic formula with their first album, with Hubbard’s twangy vocals, anthemic hooks, good time party themes and a heavy Rock/Pop like production bringing them soaring popularity and allowing them to carve out their own polarizing niche in Country music. The duo and producer Joey Moi wisely decided to stick to the same formula with Anything Goes. When you buy Anything Goes, you are getting an album that is perfect for listening to in the car with volume up, windows down, and the fun they bring to their music is exactly what fans love about the duo. What Florida Georgia Line lacks in musical versatility and depth, they make up for by simply making music that is undeniably catchy and engaging. Although their style, which includes considerable Rock, Pop and even Hip Hop elements is controversial, it has proven to be astonishingly popular among a large segment of County music listeners and has hit the mark with fans of other genres as well.

Anything Goes does keep the party rolling right along, but the duo also experiments with a bit more lyrical depth on certain songs, and some previously untouched themes. On sweet tracks like “Smile” and “Angel,” Hubbard and Kelley get in touch with their romantic sides. With other songs such as “Smoke” and “Like You Ain’t Even Gone,” and “Sippin’ On Fire,” they explore the more serious and easily relatable experiences of reminiscing upon memories of lost love, and wanting someone they cannot have, although all three tracks are still dressed up in production and style essentially as party songs. The self-reflective “Confession,” easily one of the strongest tracks on the record also falls into this category. If one does not bother listening closely to the lyrics, they could mistakenly group these four tracks in with Florida Georgia Line’s abundance of good time tracks, even though they are quite different thematically.

The most notable song on the album that features somewhat of a deviation from their usual sound is the first single “Dirt.” This song may have the most depth lyrically and thematically of any that the duo has recorded. The track depicts various big and small life events and topics that start with, end with, or relate to dirt, (football games, farming, death, bonfires, dirt roads in their small hometowns, building a house and starting family on a lot of dirt etc.) illustrating its importance in everyday life with vivid detail and imagery. The purposeful departure from the sound everyone knows them by with the records debut single was done with the intention of showing critics that they could sing more lyrically profound songs, with differing subject matter then their usual partying and having a good time. While the track is no “Merry Go Round” (Kacey Musgraves), with “Dirt” the group does make a significant effort in gradually growing as musicians and expanding their sound outside of their comfort zone. Fans and Country radio appreciated the change of pace as well, allowing “Dirt” to climb the charts and become another record-breaking #1 hit for Florida Georgia Line. This song was important for the group because it carried the momentum they built with their first album over to Anything Goes, and built even more anticipation for what would already be one of the most high-profile album releases this year in County music.

Current single “Sun Daze” is easily the most controversial and polarizing track on the album, and in all of Country music. The insanely catchy anthem for relaxing and having a good time features blatant drug references and vulgar double meanings in numerous lyrics during each verse, although it does include a satisfying banjo solo in the bridge. This is a song that will push boundaries, cross lines, and anger certain fans, while garnering popularity with a younger demographic of fans inside and outside of Country music. Only time will tell how the traditionally conservative Country radio will handle “Sun Daze” although it is already a Top 30 single at this point in time. It is safe to say that Florida Georgia Line was pondering the popular saying among public figures “any attention is good attention” when they decided to release this song as a single, as they had to have been aware of the criticism that it would attract.

Anything Goes‘ opening song, also the title track, would be a prime future single candidate if it were to be released. Rich with vivid Country metaphors and imagery, Hubbard’s signature twangy charm and the care free spirit the duo is known for, this song sets the tone, and embodies the attitude of the album from beginning to end. In reality, Hubbard and Kelley have an abundance of possible singles choices off of this album that would see tremendous success at radio and widespread popularity with fans. It will be interesting to see which songs the duo and their label choose to release after “Sun Daze.”

With Anything Goes, Florida Georgia Line continues to push the boundaries of the Country genre, and carve out their own unique space in the industry. They will always be controversial, but their formula has also proven to be wildly popular and has led them to immense success as artists, songwriters, and performers. Anything Goes only deviates from their norm sparingly, but those infrequent instances of development are significant just the same, as they complement the duo’s distinctive good time anthems. Love them or hate them, Anything Goes proves that Florida Georgia Line is here to stay. CrypticRock gives Anything Goes 4 out of 5 stars. 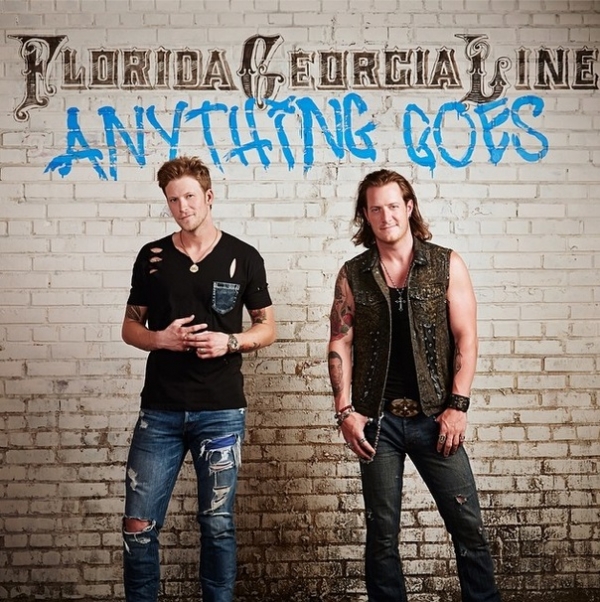