Flyleaf – Between The Stars (Album Review) 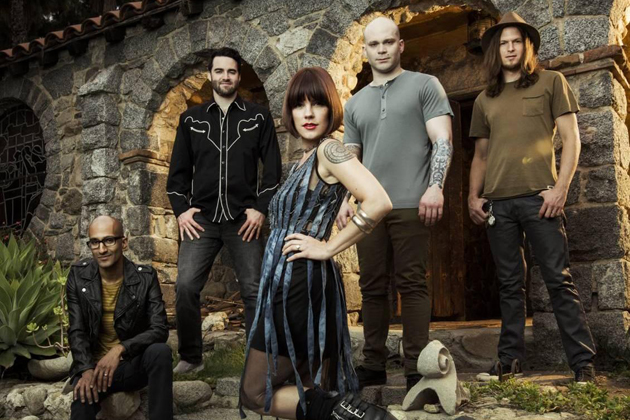 From the small areas of Belton and Temple Texas, Flyleaf is the exact opposite of anything small; spinning their talent and faith through charts in everything from mainstream Rock to Christian Pop. Flyleaf came together in 2002 and toured the United States until they released their self-titled debut album in 2005, which went platinum. They went on to be named Yahoo!’s Who’s Next band of the month as well as MTV’s Artist of the Week. Their second album, Memento Mori, was released in 2009 and again soared its way up the charts. After front woman Lacey Sturm’s son was born, and the tragic passing of one of the bands lead audio engineers, she announced she was stepping down right before the release of their third album, New Horizons in 2012. Flyleaf then brought in Kristen May to be their new vocalist and as a band they would be writing the new music with her. There is no comparison by any means when it comes to the talent both of these women have brought forward to Flyleaf; each is unique in their style with some of the most powerful and beautiful vocals in the Rock world. Collaborating with frontman Sonny Sandoval from P.O.D., Flyleaf released the single “Something Better” with Kristen May rocking her powerful and mesmerizing vocals. Shortly following was the release of their EP, Who We Are. Earlier this year, Flyleaf announced they were working on a new album that would be released by the fall via Loud & Proud Records and that record is titled Between The Stars.

When taking the journey with Between The Stars, be ready for charismatic, dynamic vocals and a tight, bold Rock sound behind it. Kicking the album off with “Set Me on Fire”, May’s vast vocal range sets the mood. The strength, faith, and soul can be felt through her heartfelt libretto. The next track “Magnetic” brings a strong instrumental composure behind the lyrics that vastly carries the listener through without even noticing that they cannot help but tap along. As the album progresses, they slowly wind down every song with even more compelling breakdowns and lyrics. “Thread” is a prime example of the devotion put into every moment they spent writing and perfecting what they left the audience to hang on to. The track “City Kids” is something that everyone can relate to in one way or another. The song brings back the memories of watching the places they grew up in change and expand, just as the albums and the band have; the ups, the downs, and just the in between of everything they have endured in the past, present, and what is yet to come in the future.

Between the Stars is the first full length album featuring Kristen May as their vocalist. Putting the lyrics and the astounding vocals aside, with every note played by the members of Flyleaf, there is perfect placement of every drum fill to every riff played throughout the album. Wizard of Oz references can be found in “Blue Roses” along with beautiful backup vocals and a catchy chorus that really show off the range in May’s voice once again. Beautiful breakdowns throughout the entire song are a perfect icing to the cake they have set on display. “Home” is where Flyleaf is; a perfect ending of finding their way back “home” after trials and tribulations in life. The roaring of Culpepper on the drums builds up every note to this track. Harmonious sounds of Bhattacharya, Hartman, and Seals on strings builds a platform to lift the well-written and breathtakingly delivered lyrics that will send chills throughout one’s body from the sheer beauty.

Overcoming the obstacles that have risen throughout Flyleaf’s career, they have put it all out there for everyone to listen and relate to.  Between the Stars, as a whole, is something their fans, Loud & Proud Records, Don Gilmore (their new producer of this album) as well as Flyleaf can be immensely proud of. From beginning to end, it is a magnificent, rock-solid, and heartfelt album. It leaves new and faithful fans anticipating if there is another album full of profound, soul moving, brilliant compositions already in the mix.  CrypticRock gives Between The Stars 5 out of 5 stars. 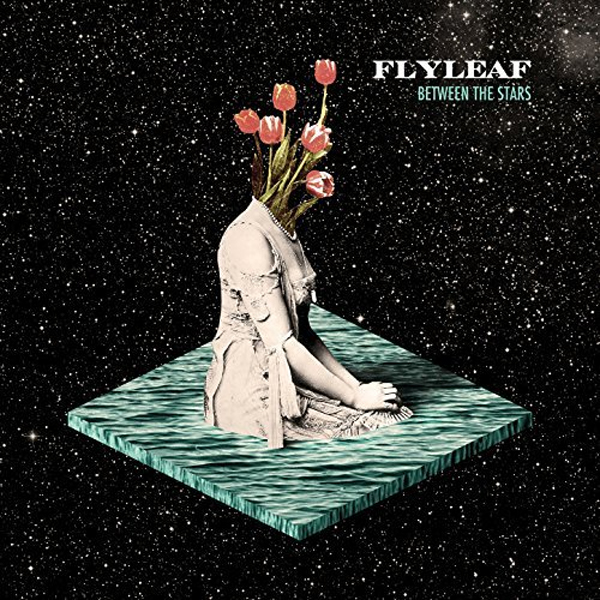