Madison Square Garden is a name well-known in the music world: it is one of the most famous, renowned venues to play as an artist. If you can play Madison Square Garden, you have made it big time! So when Foo Fighters announced their 2018 Concrete and Gold Tour, with opening act The Struts, was to touchdown in MSG in July, it was no surprise that both shows – July 16th and 17th – sold out quickly.

On the first of two nights, Monday, July 16th, the mecca was thick with people as The Struts came onto center-stage. Originally from Derbyshire England, The Struts are best described as Glam Rock with an edge, one that rings similar to such acts as Queen all the way to The Strokes. Formed in 2009 and signed to Interscope Records, The Struts are made up of Singer-Songwriter Luke Spiller, Guitarist Adam Slack, Bassist Jed Elliott, and Drummer Gethin Davies.

The Struts started off powerful with upbeat and Classic Rock-influenced “Put Your Hands Up.” Engaging the crowd, Spiller handled the audience with ease as The Struts continued their set with their newest song, “Body Talks.” Untamed and musically electric, The Struts continuously kept the energy level high and vibrant as they played well-known “The Ol’ Switcheroo,” “Primadonna Like Me,” funky “Kiss This,” and “Put Your Money on Me.” Taking time through their set to ask the crowd how they were and thank them, the band kept at it. While fueling and continuous recharging the stadium with their live-wire energy, they performed final songs “Could Have Been Me” and “Where Did She Go,” thanking the audience again profusely before making their way off stage.

Between the incredible tight knit sound, the raw vocal talent, and Spiller dancing across the stage, it was almost easy to want more of The Struts even with the anticipation of the Foo Fighters coming soon. The intermission seemed to drag as tech crew set up the stage and people poured into their seats, with the floor completely packed as the time drew closer for the Foos to take stage. Without much preamble, the band came out with Frontman Dave Grohl running like a madman across both sides of the stage to greet the massive crowd of fans. World-renowned, The Foo Fighters began in 1994 and signed to RCA Records. The band is currently composed of Lead Singer and Guitarist Grohl, Bassist Nate Mendel, Guitarist Pat Smear, Guitarist Chris Shiflett, Drummer Taylor Hawkins, and Touring Keyboardist Rami Jaffee.

The Foo Fighters started off their long setlist strongly with famous “All My Life,” which instantly garnered an enthusiastic response from the audience. In the middle of the song was also a brief “Cat Scratch Fever” interlude, which featured Grohl entertaining the audience with his Rock-n-Roll antics. Not even waiting for the cheering to cease, the Foo Fighters began playing joyful and hopeful “Learn to Fly,” following with huge hit “The Pretender,” which had the massive crowd of Madison Square Garden screaming out every word to the rock crescendo of awesome that is the Foo Fighters live.

Taking a break from the fast-paced openers, Grohl led the change-up to a song off the newest album, Concrete and Gold, soulful “The Sky is a Neighborhood,” featuring back-up vocals from a quartet composed of four young women named Barbara, Sam, Laura, and Violet, who is Grohl’s own daughter. Following this spectacular piece was “Rope,” which ended in an incredible Taylor Hawkin’s drum solo that also had him and his drum set get elevated above the stage. Amidst the excitement and applause, Hawkins led the band in a beautiful rendition of “Sunday Rain” that ended in Grohl and Hawkins having a guitar and drum duel that captivated the audience in its talent and playfulness.

Grohl took some time to address the crowd, asking the house to lift the lights so that he could even see “everyone in the shitty nosebleeds,” which had everyone in the crowd laughing and whooping. Perfectly at home on-stage, Grohl addressed the crowd with ease as the rest of the Foos listened-in attentively. Grohl requested of the crowd that they sing-along if they knew the words to the next song, citing it as customary in all their live performances. As the band played the opening parts of “My Hero,” the crowd went rabid as they recognized the tune and helped sing (sometimes a cappella) the heartfelt rendition of the song.

Following up, in the same thread of heartfelt classics, the Foo Fighters began to play “One of These Days,” with Grohl pausing midway and laughing to himself, claiming this was so surreal and humbling, and stating, “This is my fucking job, I love it!” As the last notes of “One of These Days” faded out, Grohl began to scream “hey” at the audience, going back and forth, and citing that he was just checking to see if everyone still had their voices.

The band then played uplifting “Walk,” and Grohl took another moment to speak with the audience. He welcomed back long-time fans and greeted the new fans. Addressing his bandmates, he joked around with each of them as he introduced his fellow musicians to the audience. The crowd was then treated to a mash-up of awe-inspiring covers and solos: Shiflett played a solo that melted the faces off everyone on the floor; Hawkins, an awesome cover of “Another One Bites the Dust”; and then a brief interlude saw Grohl bringing saxophonist David Koz on-stage to play “La Dee Da,” off the newest album, with the entire band.

Saying there was still more after “La Dee Da,” Grohl introduced Jaffee to play a keyboard solo, followed by a mash-up of “Imagine/Jump” to the laughing and participating fans. Afterwards, Grohl deferred to Pat Smear, and a cover of “Blitzkrieg Bop” electrified the crowd. Following up was a moment to remember, as Hawkins and Grohl exchanged hilarious banter and switched positions as drummer and lead respectively. Hawkins called for a cheer for The Struts and then invited Spiller to come out and perform an honestly amazing cover of “Under Pressure.”

Thanking Spiller and manning his drums again, Hawkins left the crowd wowed and completely under a spell as the Foo Fighters continued their set with classic “Monkey Wrench” and soothing “Run.” Grohl called for the house to turn off the lights, and the massive crowd of Madison Square Garden completely illuminated the venue with their phone lights, lending a haunting and beautiful aesthetic to the stage as the band played “Breakout.”

Following this, Grohl reintroduced the quartet from earlier, amongst the bright, lively lights of the stage. He proudly announced that his daughter Violet Grohl would help lead the next song, Classic Rock-influenced “Dirty Water.” The audience never stopped cheering as the quartet left the stage and the Foos didn’t even flinch as they continued their fantastic live performance with what seemed like the closing song, the iconic “Best of You,” with heavy audience participation.

The band quickly left the stage with their logo still proudly displayed behind the stage, while cheering and applause did not waver as fans eagerly awaited the bands return. Grohl appeared onscreen with Hawkins as they teased the audience with the prospect of not just coming out for one more song, but three encore songs. After a bit of teasing, the Foo Fighters all ran out on stage in what seemed to be their unstoppable energy, and Grohl announced they would “go old school” as hit “Big Me” began. The band kept it coming in the elongated encore, playing “Times Like These” and “This is a Call.” Finally, they ended with classic and fan-favorite “Everlong,” causing the fans to frenzy, dancing and singing along at the top of their lungs.

Taking the time to call everyone out for a final bow, Grohl humbly thanked all the Foo Fighters’ fans for the last 23 years of support, leaving the crowd in high spirits as they started to disperse. From the opening act of The Struts and all the way until the very last Foo Fighters song, the performers never lost momentum; and the amount of energy, raw emotion, and connection to the audience was inspiring and very genuine. With the tenacity and obvious enjoyment of the artists, the concert was an unstoppable force of excitement, emotion, and overall fun: The Foo Fighters truly gave their all to the concert goers and more! 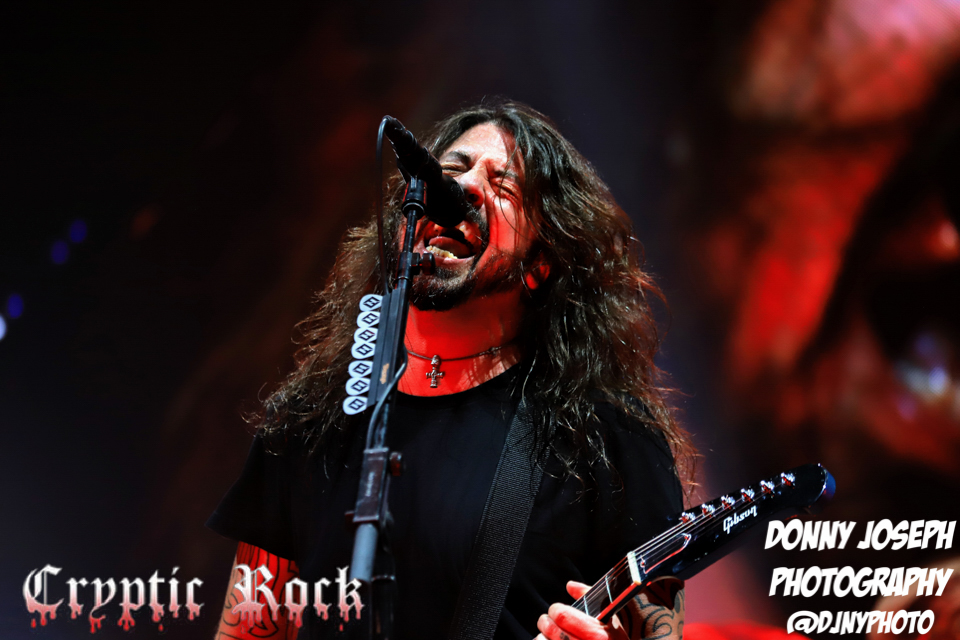 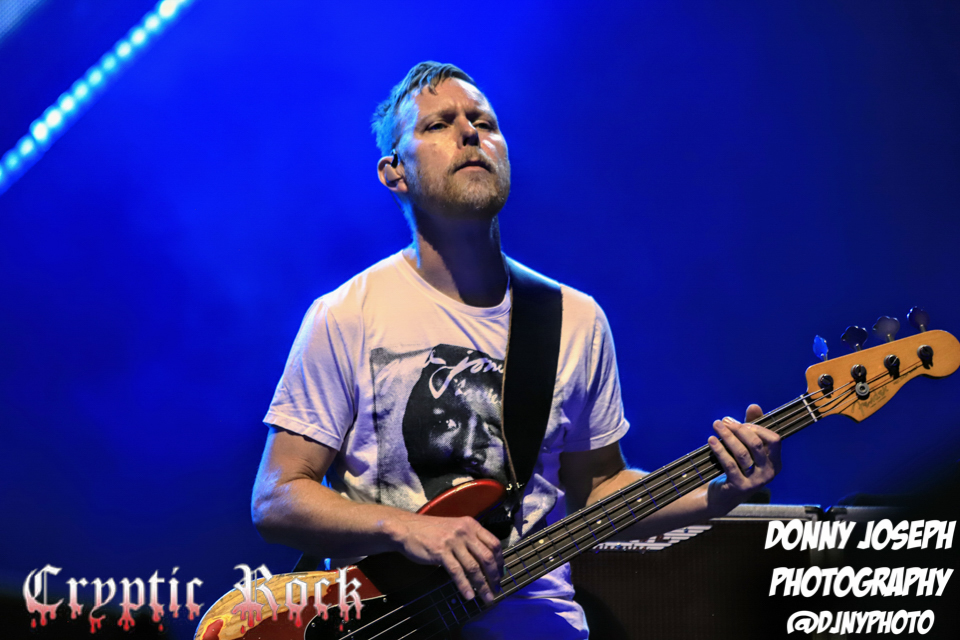 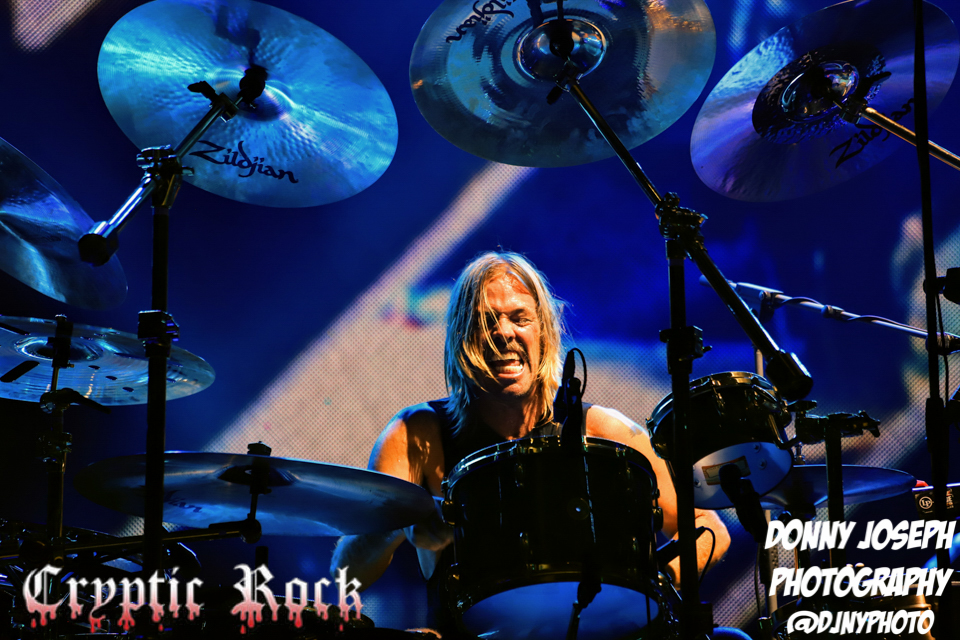 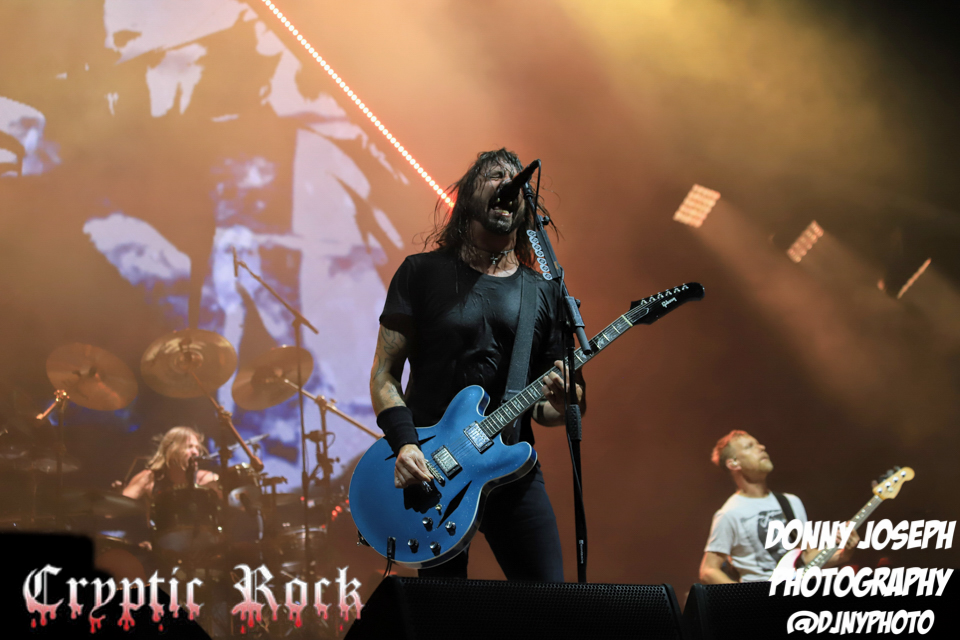 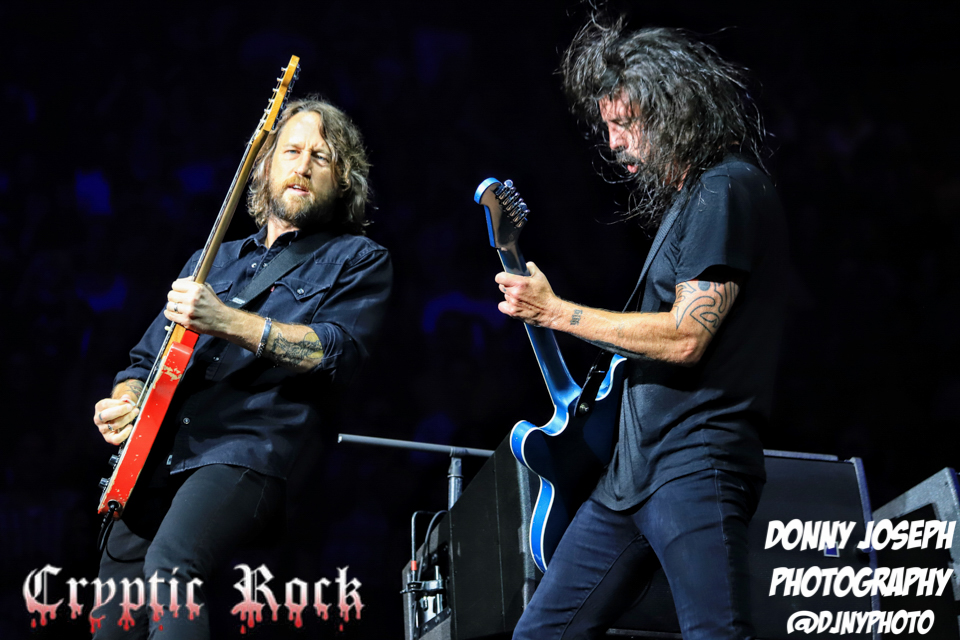 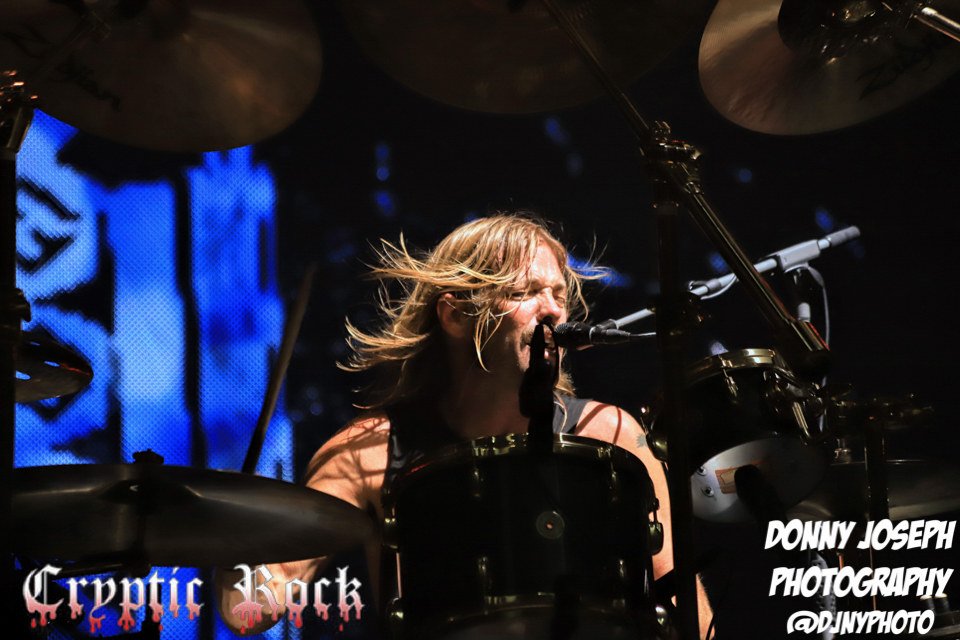 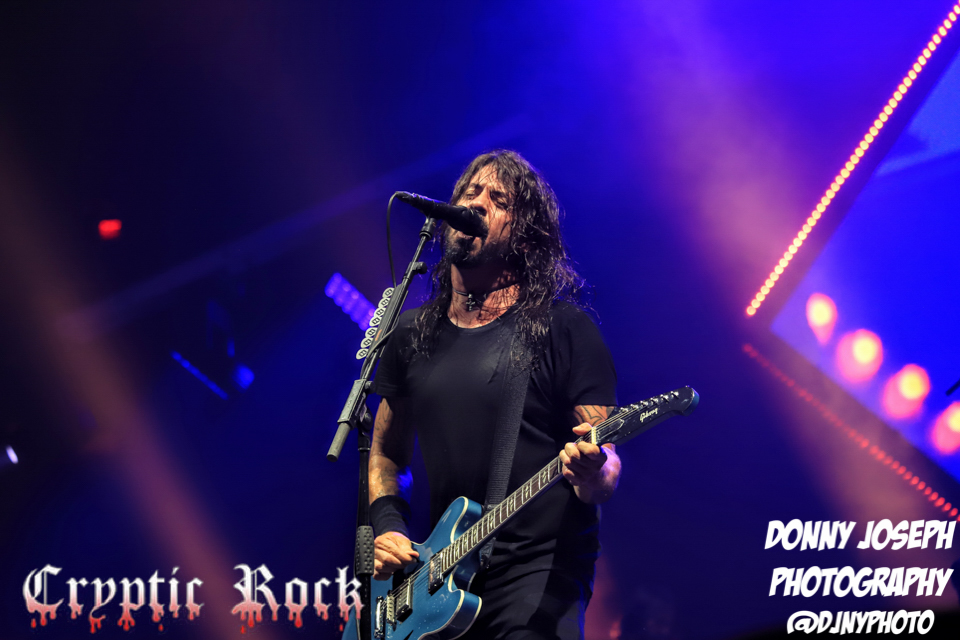 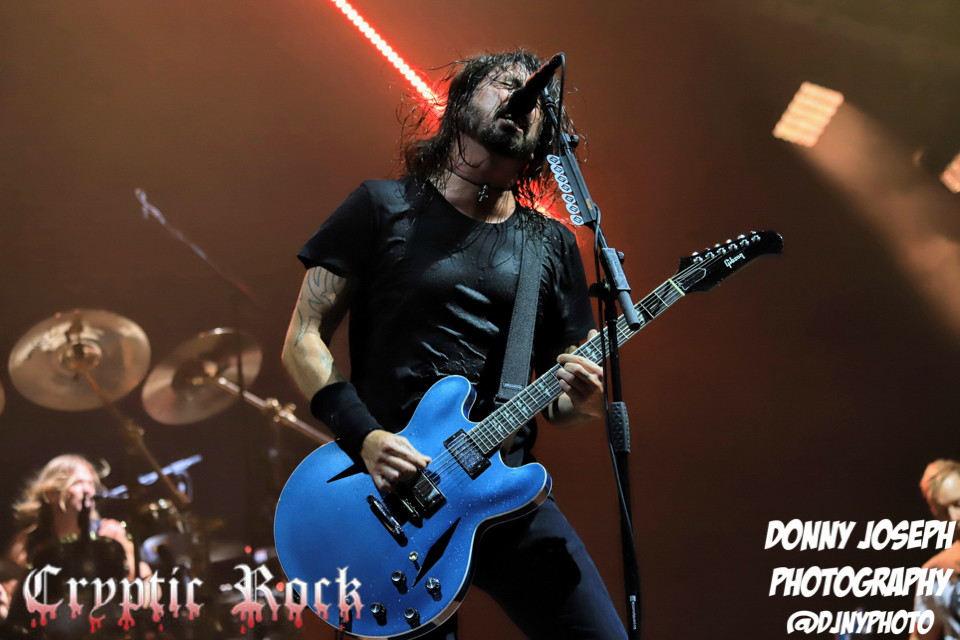 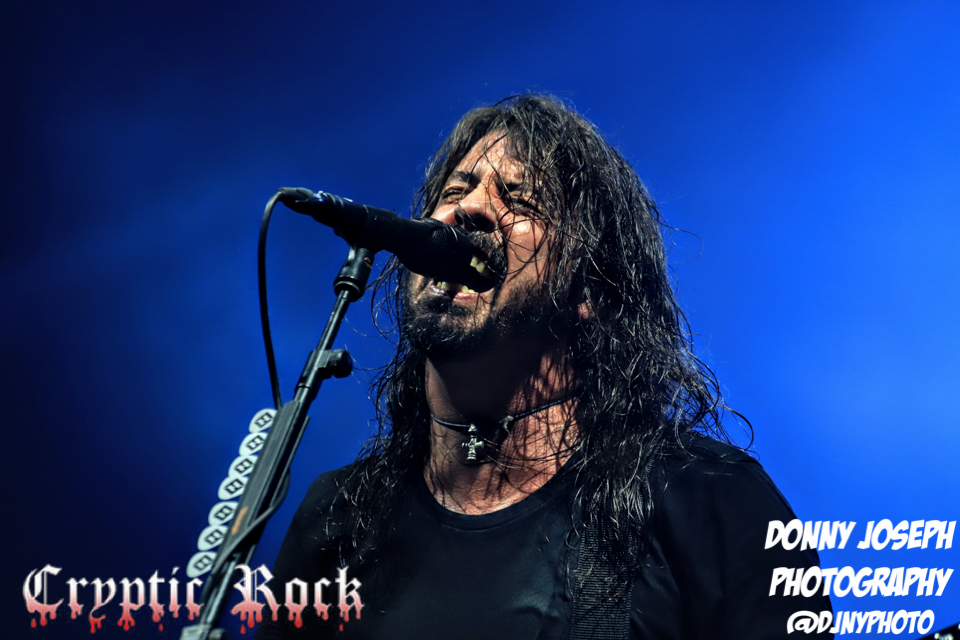 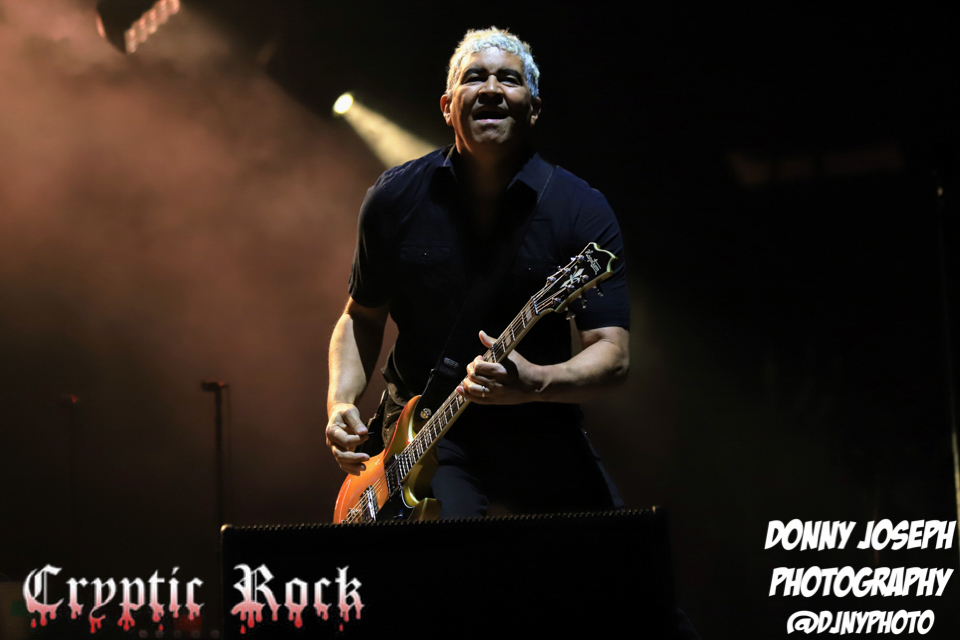 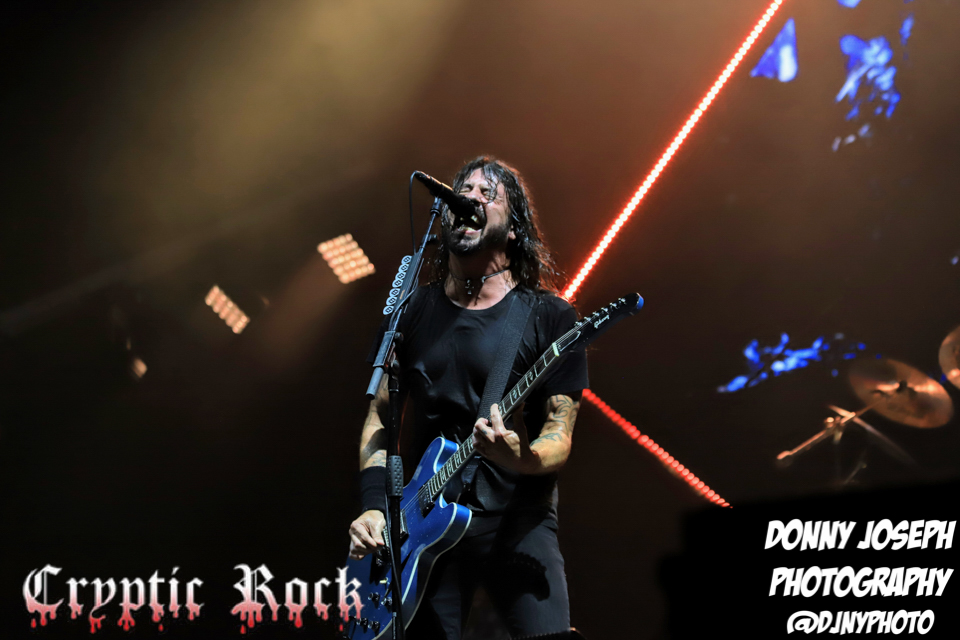 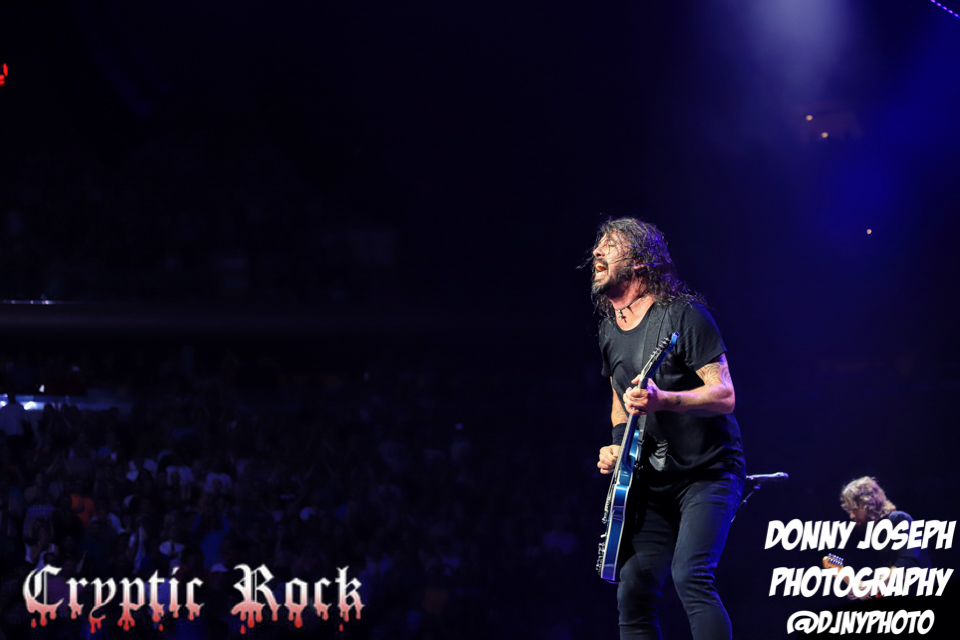 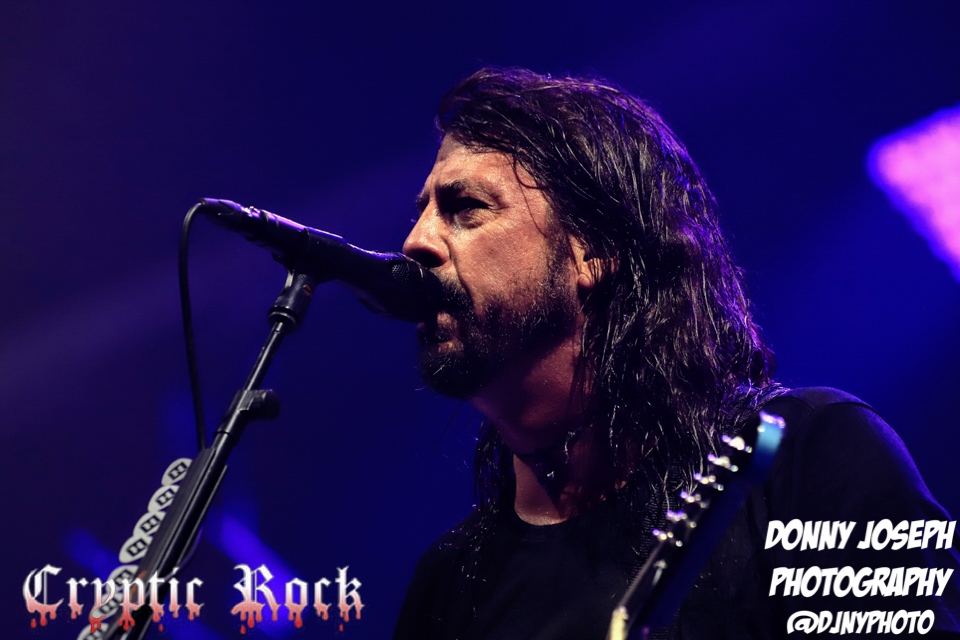 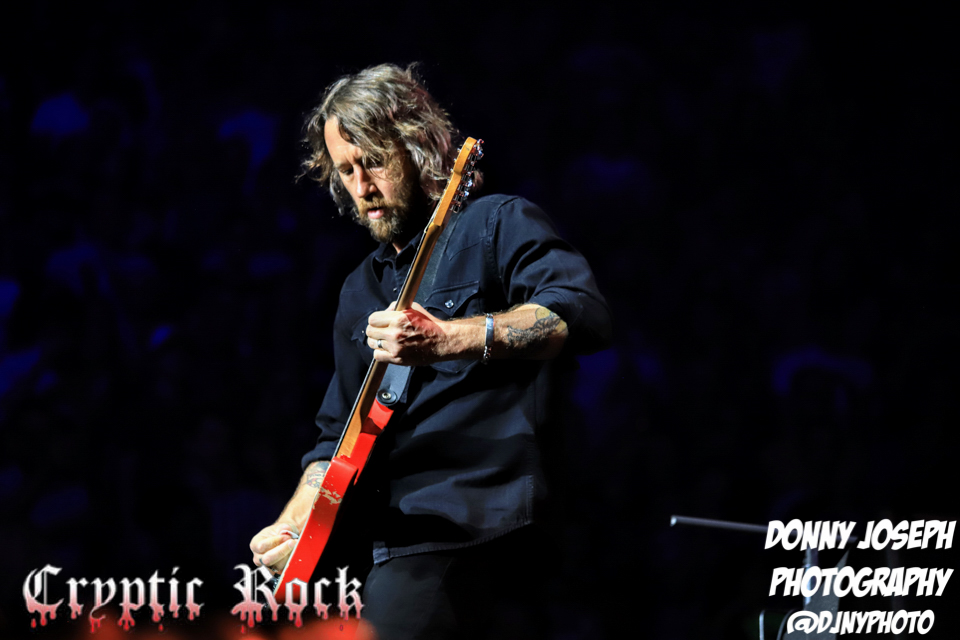 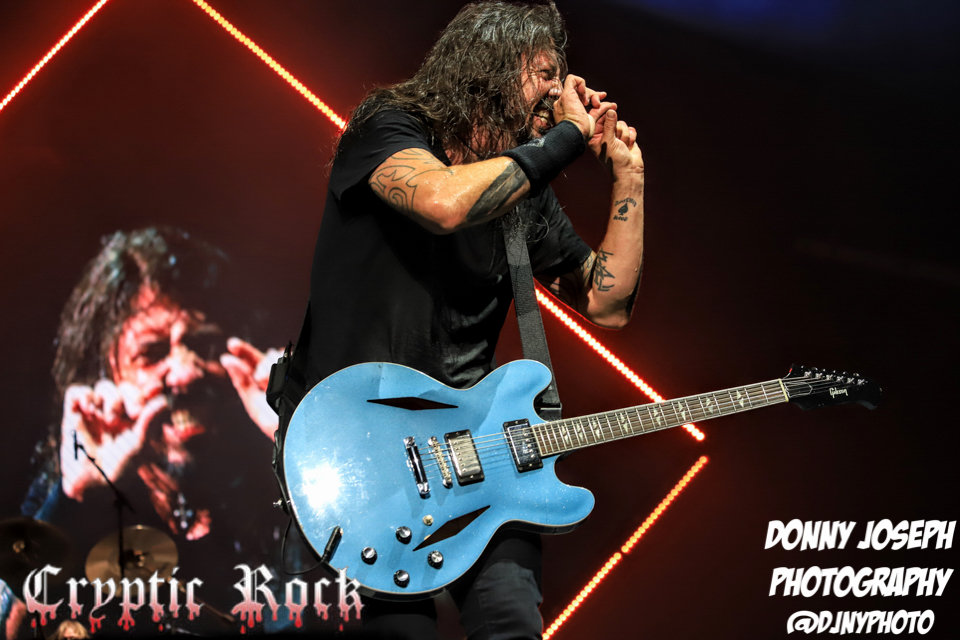 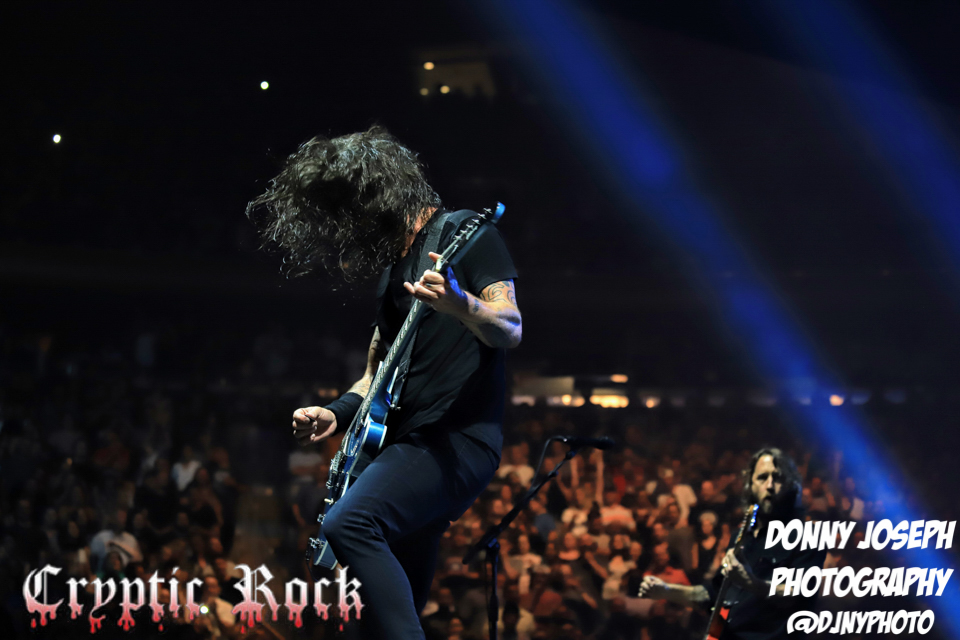 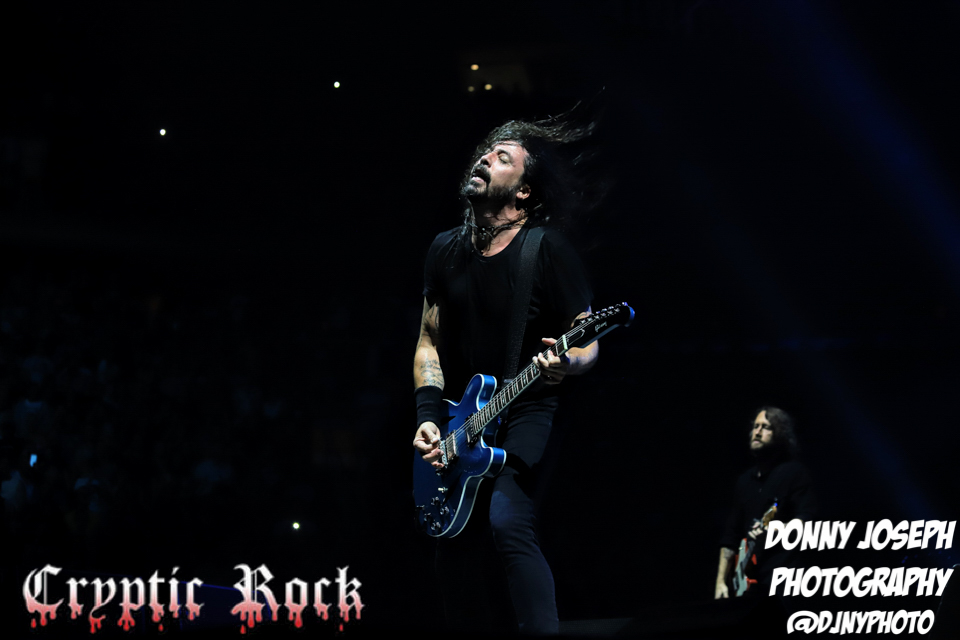 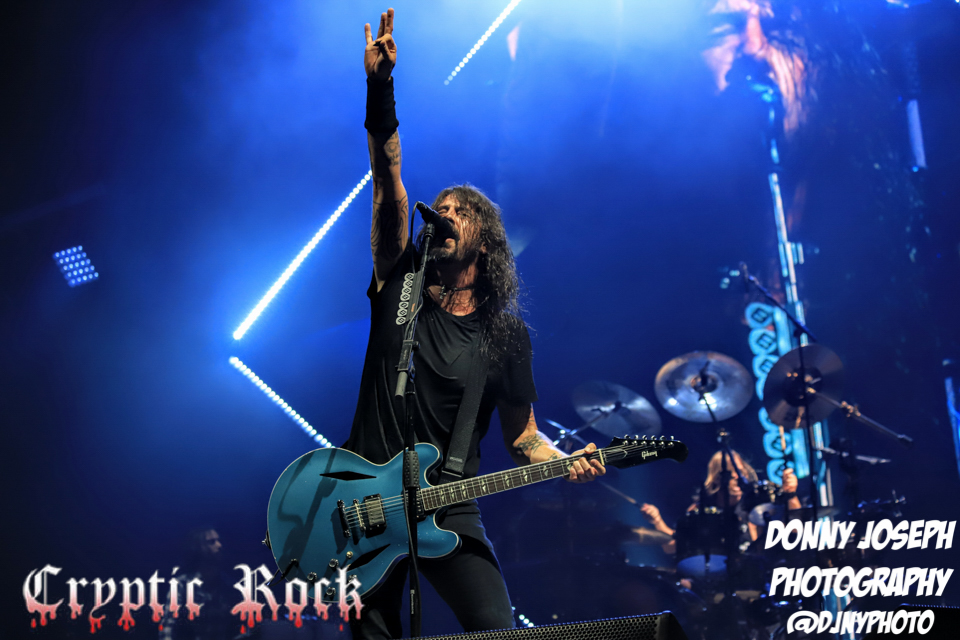 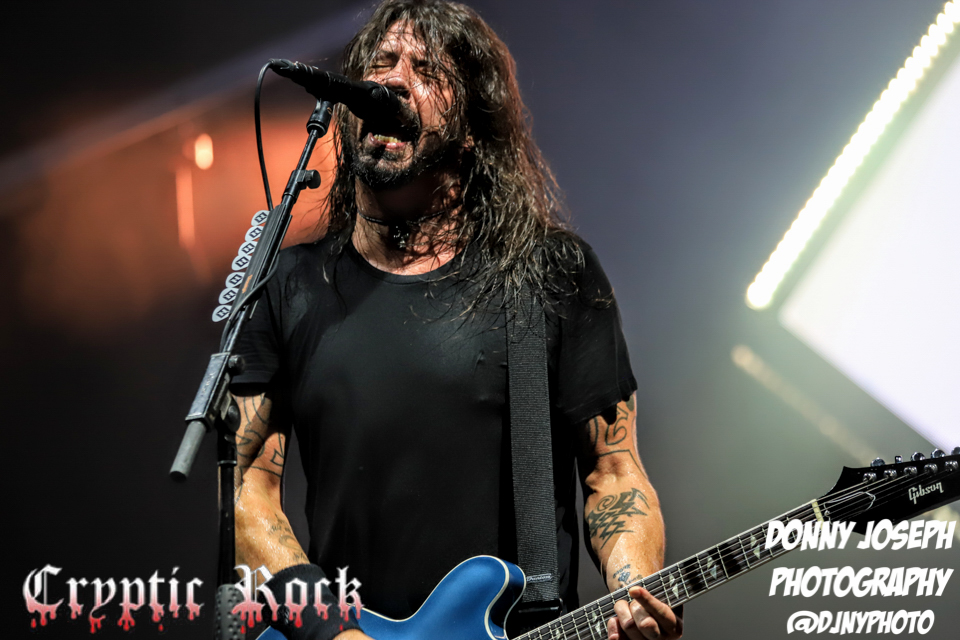 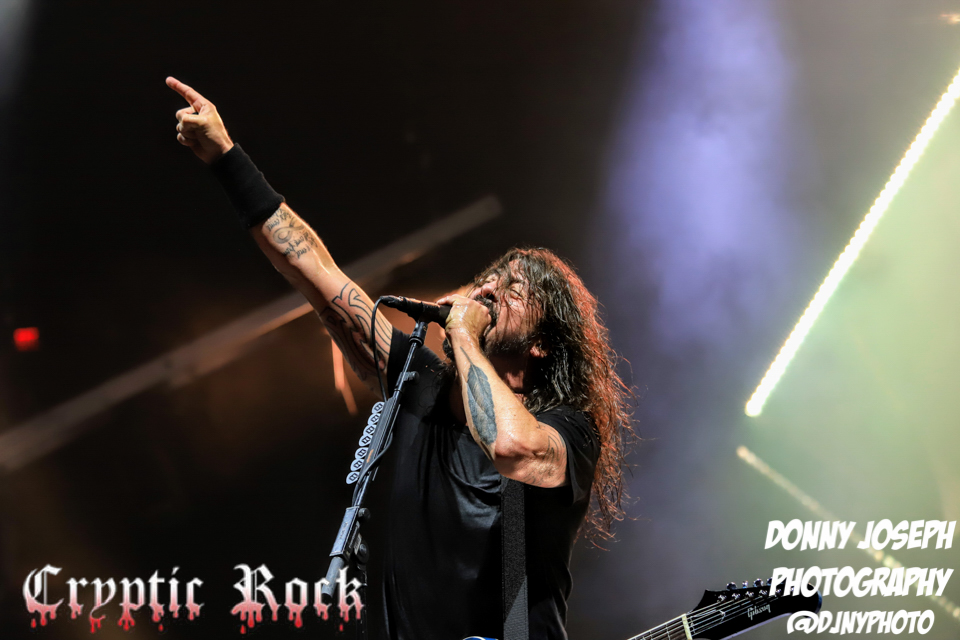 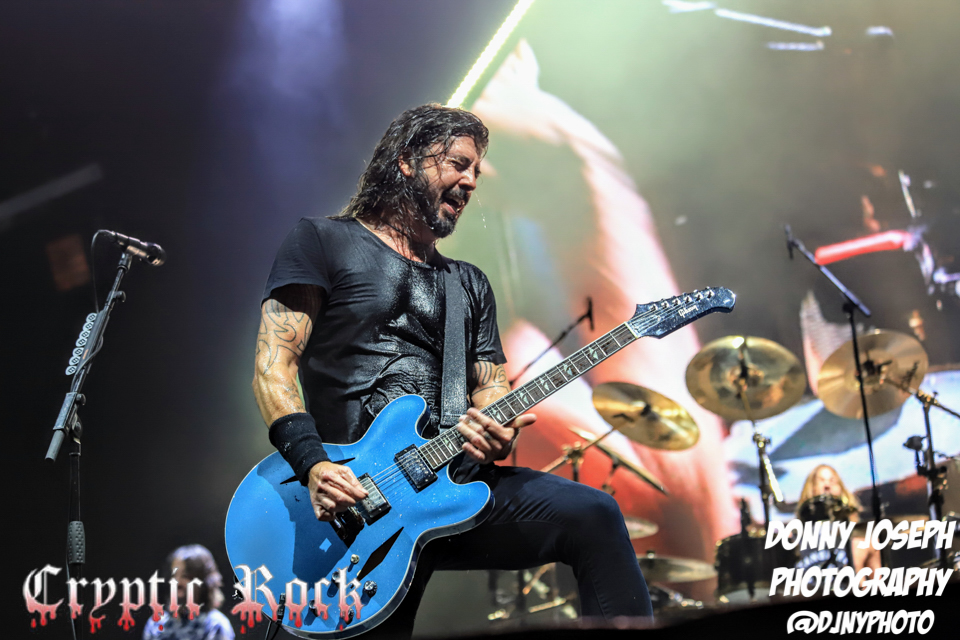 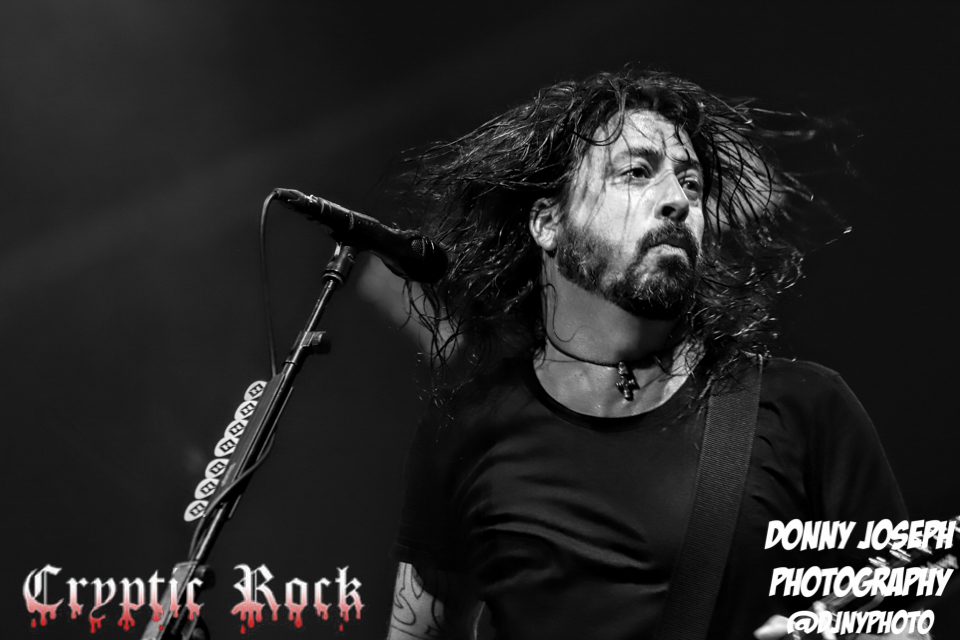