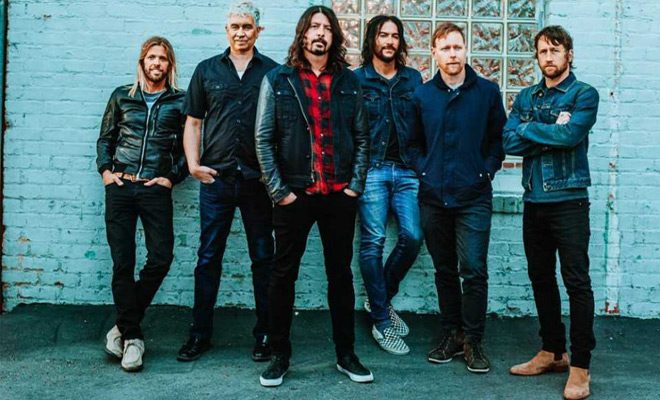 As one of the most consistent as well as highly regarded bands in Rock music, Foo Fighters have proven over the past 22 years that longevity and creativity is their greatest asset. Throughout the early to mid-’90s, as the drummer of iconic band Nirvana, Dave Grohl, had been a part of the musical revolution known as Grunge Rock. Alongside Vocalist/Guitarist Kurt Cobain and Bassist Krist Novoselic, Nirvana started a musical revolution, changing the face of Rock forever.

As everyone knows, tragically in 1994, following the unfortunate suicide of Cobain, the story of Nirvana had ended, leaving the surviving members without a band. With plenty of creative energy, Grohl, this time playing guitar, formed the new band Foo Fighters bringing on Bassist Nate Mendel and Drummer William Goldsmith.

Soon after their formation in 1995, Foo Fighters released their self-titled debut album featuring the singles “This is a Call,” “I’ll Stick Around,” and “Big Me,” which soon became instant hits with fans of Alternative Rock. Their second album, 1997’s The Colour and the Shape, arguably the band’s biggest album, came before Foo Fighters closed the millennium with 1999’s There is Nothing Left to Lose. Since then they have released 5 more studio albums, 2002’s One by One, 2005’s In Your Honor, 2007’s Echoes, Silence, Patience & Grace, 2011’s Wasting Light, and lastly, 2014’s Sonic Highways.

On the last two studio albums, Wasting Light and Sonic Highways, Foo Fighters successfully used some very out of the box processes to write and record. Wasting Light, recorded in Grohl’s garage, saw Foo Fighters using old school analog equipment to record, giving the album a very classic sound. For Sonic Highways, Grohl traveled to 8 cities around the U.S. where he interviewed various musicians, record producers, and recording engineers, learning their city’s musical history. Through this, Grohl drew inspiration for the music and lyrics that would become the eight tracks on Sonic Highways.

A period which saw the band release a eight episode Documentary, Foo Fighters: Sonic Highways, on HBO, while on tour for Sonic Highways, Grohl broke his leg while jumping around on stage. Amazingly in true Rock Star fashion, he finished the show anyway and soon after continues the tour with a special throne made for him so he could sit on stage and still bring the music to the people. Still moving, in dedication to the victims of the November 2015 terrorist attacks in Paris, Foo Fighters released the Saint Cecilia EP, featuring 5 unreleased tracks, on November 23, 2015. So where does this ever busy band go from here?

To the joy of fans, Foo Fighters are back with their ninth studio album, Concrete and Gold, on September 15, 2017 via RCA Records. Joining Grohl is the band’s core lineup of Chris Shiflett (guitar), Pat Smear (guitar), Nate Mendel (bass), and Taylor Hawkins (drums), along with Rami Jaffee (keyboards). Taking a more basic approach to the writing of Concrete and Gold, unlike the last two studio albums, Grohl spent time writing on his own before meeting up with the rest of the band and bringing in Producer Greg Kurstin (Pink, The Flaming Lips). The result? An album that has a very live feel to it, but one that does not stray from Foo Fighters signature sound.

The first single, “Run,” which was released on June 1st, topping U.S. Billboard Mainstream Rock Songs Chart in July, prove they have no intention of losing their knack for writing amazing songs that grab the listener from the very first note. A sure stand out, it has fantastic highs and lows while Grohl’s signature screaming, followed by tender vocals, resonate perfectly while bringing across the emotion in the lyrics. Then, “Arrows,” another song with great highs and lows, will fit in well with listeners as it blends in all the elements a good song should have.

Another highlight that brings even more excitement to Concrete and Gold, are the special guest musicians. For the track “Make it Right,” Foo Fighters brought in Pop Music Star Justin Timberlake, who provided background vocals. This track is one example of how the album really has a live feel, with loud melodic guitars, big drums, and Grohl screaming, the listener will want the volume blasting. On drums, an even bigger legend, Paul McCartney appears on the mellow “Sunday Rain,” while Foo Fighters Drummer Hawkins performs on Vocals.

Then there are cuts like “Happy Ever After (Zero Hour)” which brings a light, mellow, and happy sound while “The Line” does the same with a higher tempo. That in mind, the live, raucous feeling continues on the tracks “La Dee Da”and “The Sky is a Neighborhood” while “Dirty Water” is a track which has a sound reminiscent of 1997’s The Colour and the Shape record.

Time and again, Foo Fighters continue to show no signs of slowing down. They continue to put out great albums and tour relentlessly. In enough words, they have become one of the biggest Rock bands of the last quarter century, and Dave Grohl may be the biggest Rock star. For its enjoyable sound, CrypticRock gives Concrete and Gold 3.5 stars out of 5. 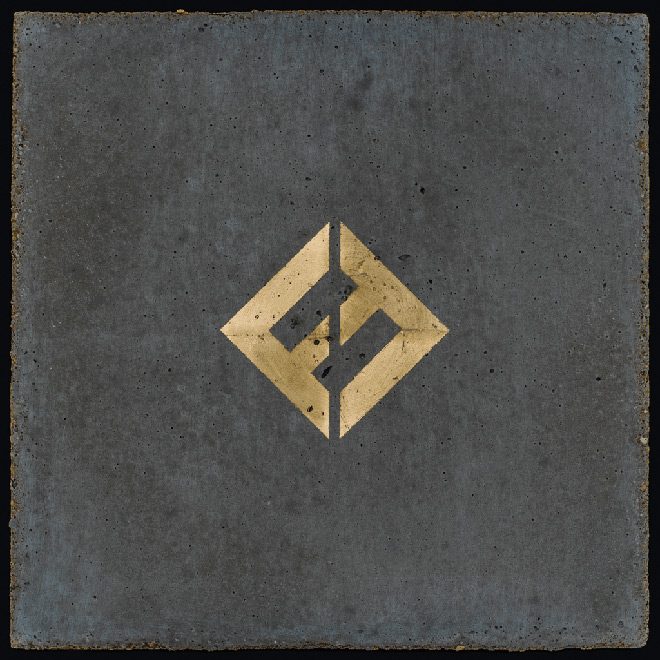