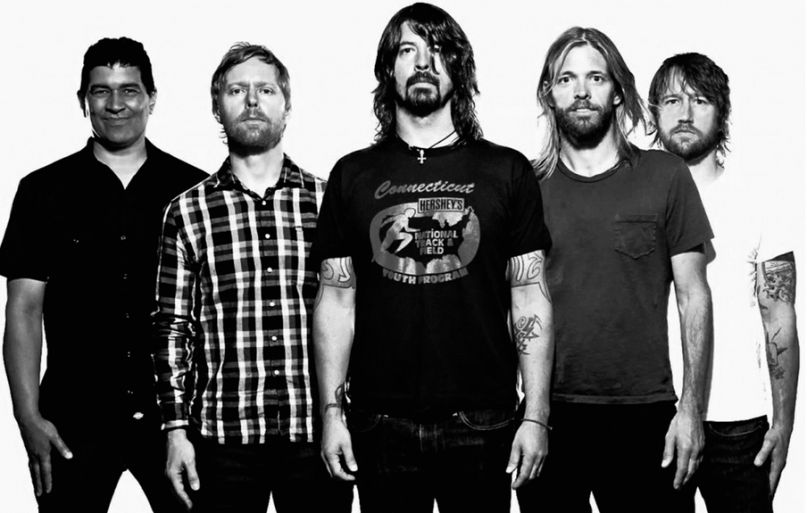 Started in Seattle, Washington in 1994 after the death of Kurt Cobain, Foo Fighters was originally ex-Nirvana drummer Dave Grohl’s solo project after the end of Nirvana. Deriving the name from the term used by Allied aerial pilots in World War I, Grohl endeavored to make music post-Nirvana and initially recruited drummer William Goldsmith, bassist Nate Mendel, and former Nirvana guitarist Pat Smear to join him unofficially to record the band’s debut self-titled album.

Since that time, there have been some lineup changes making the Foo’s currently consist of Dave Grohl (lead vocals, guitar, drums) Chris Shiflett (lead guitar, backing vocals), Taylor Hawkins (drums, backing vocals), Nate Mendel (bass), and Pat Smear (rhythm guitar). Having won five Grammys in categories like “Best Rock Song,” “Best Rock Album,” and “Best Rock Performance,” Foo Fighters have established themselves as a consistent and enduring force in the Rock world. Now, with the release of their eighth studio album, Sonic Highways, the band is delving deeper into their technical and theoretical applications to bring a new, more fully evolved, sound.

“Something From Nothing” begins the album with some signature Foo sonic building, starting with a quiet and humble beginning and growing with the evolution of the song. Grohl’s vocals are peaceful and echoic as they meld into the symphony of strings. The song breaks into a jazzy blend with peaks and hard rhythms that accompany Grohl’s ever-intense vocal progression. It is at the bridge that the drums become prominent as the perfect aural backdrop to Grohl’s piercing screams and fiery guitar. “The Feast and The Famine” romps and rolls with a fire last recognized in the Foo’s single “Best Of You” off  2005’s In Your Honor. Opening with prominent drums and raucous string work, the song features a build to Grohl’s vocal crescendo where he defaults to his signature gritty growl. It is a rollercoaster of sonic adventure right up until its jagged end.

“Congregation” has a classic and dreamy feel with its resounding strings and mellow bassline. It feels like a ride down a country highway- scenic, smooth, and satisfying. Following this comes “What Did I Do/God As My Witness,” with its dramatized intro and quick flow into the upbeat and enthralling. The difficult thing about analyzing a Foo Fighters’ album is that their layers of technical precision and complexities make them like a musical onion with layer upon layer just waiting to be discovered. On the “God As My Witness” section of the dichotomous song, Grohl and company deliver a compelling Queen-esqe performance complete with instrumental breakdown and fade out that brings to mind a combination of the infamous “Bohemian Rhapsody” and with a “We Are The Champions” soul.

“Outside” begins the second half of the album with its uplifting and ethereal chords and an Eagles meets The Mama and the Papa’s Cali-style soul sound. It rolls and rides a musical undercurrent like the tides of the ocean before the swell and return. Everything about this song is entrancing and enthralling with the way it captivates and mesmerizes, overtaking the sense and drowning the listener in Grohl’s luscious licks and rapturous riffs. “In The Clear” has a traditional, broken guitar lead-in before unfolding into more developed concept. While it is consistent with the album and the breaks help to diversify the track a bit, it is not a stand out on the album. There are some interesting moments in the song, but overall it feels more like a bridge between songs. “Subterranean” is true to its title with its soft and murky beginning, giving it a hidden or underground feel.

Returning to the pseudo-psychedelic feeling previously felt in “Outside,” but with slower momentum, “Subterranean” is about the feelings under the surface and seeing the truth beneath the lies. The slowed pace allows the listener a chance to digest and discover all the dense levels to the song. It then rolls effortlessly into the final song on the album, “I Am a River,” which, like several others before it, has a slow build to the first verse. It is quiet and intricate in its unfolding as the drums fold into the mix and add some soul. Sounding more like a religious hymn than a Rock song, there is something distinctly spiritual about this song as its chorus peaks with emotional crescendo and instrumentally evolves into almost an anthem of self-discovery and acceptance. At seven minutes long, this is the Foo’s opus, a grand development of sound and fury with heart and soul to round their journey down the “sonic highway.”

When technical mastery, complex development, and soulful evolution combine, the outcome is unlikely to be anything short of breath-taking and the same is true for Foo Fighters’ Sonic Highways. This album is the culmination of the Foo Fighters’ years of experience and skill development brought to fruition. While there are some trademark Foo Fighter riffs and breakdowns scattered throughout, the majority of the album is genuinely a journey down the “sonic highway” where they explore some new territory and experiment with more theories and philosophies and sticking adamantly to their tried and true methods.

It is always great to see even old-masters like the Foo Fighters being unafraid to stray from the path and get a little lost in the journey rather than obsessed with the destination. So, for their bravery and ingenuity, CrypticRock gives Sonic Highways a 4.5 out of 5 stars. 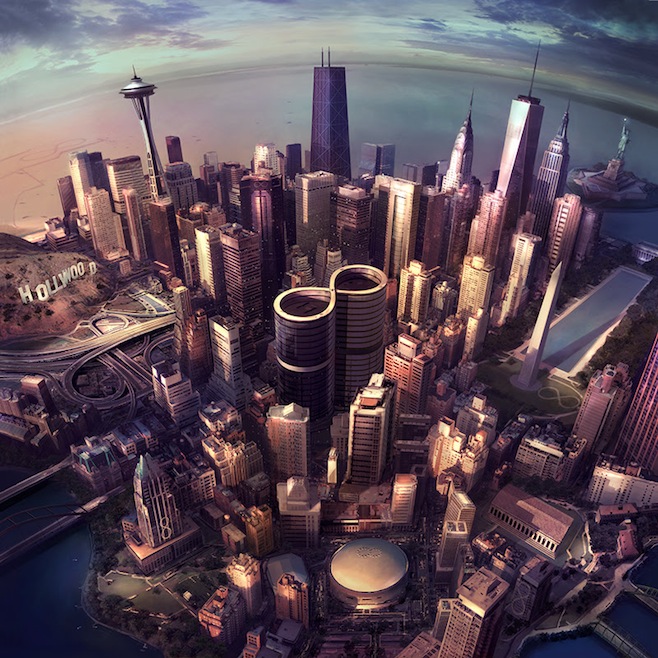