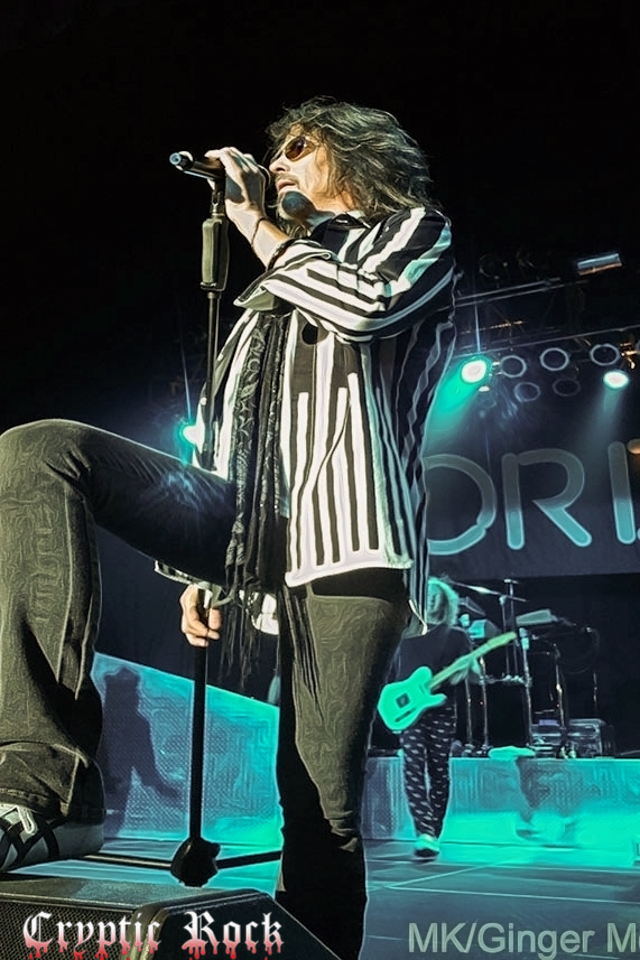 Forty years of excellent musicianship and a catalogue of hits that is rivaled by no other, that is what Foreigner brings to a live concert. Rock-n-Roll royalty and one of the biggest selling acts of all-time, Foreigner continue to amaze audiences all these years later. Spending an ample amount of time on the road, performing acoustically along with an eclectic mix of bands such as Styx in 2014 and Kid Rock in 2015, Foreigner return to the road in 2016 for more. Celebrating the fortieth anniversary since their formation in New York City, the band announced a handful of shows in late 2015 and tacked on a bunch more that would last them all summer long, in the USA as well as abroad. Taking their show to Northfield, OH, Foreigner arrived at Hard Rock Rocksino on Sunday, May 1st, for a very special show. Fittingly only twenty minutes outside Cleveland, where the Rock And Roll Hall Of Fame sits, Foreigner brought a buzz to this Hard Rock venue that quickly resulted in a sold out crowd.

Without the benefit of an opening act, promptly at 7:30 PM, the lights dimmed and the sold out crowd rose in unison as the Jukebox Heroes took to the stage for roughly two hours to show them what Classic Rock is all about. Since their inception, Foreigner has seemed to always be ever-changing. Members come and members go, but the sound has always remained. With that in mind, frontman Kelly Hansen has been with the band since 2005 and is the consummate showman. Stalking the stage – running into the crowd – dueling with fellow bandmates, he adds a level of excitement to the live show that fans have come to expect. Vocally, some may argue he is a clone for original frontman Lou Gramm, and that makes the classic songs seem new again. In addition, Hansen highly resembles a young Steven Tyler, and the ladies in the crowd did not seem to mind that fact at all. 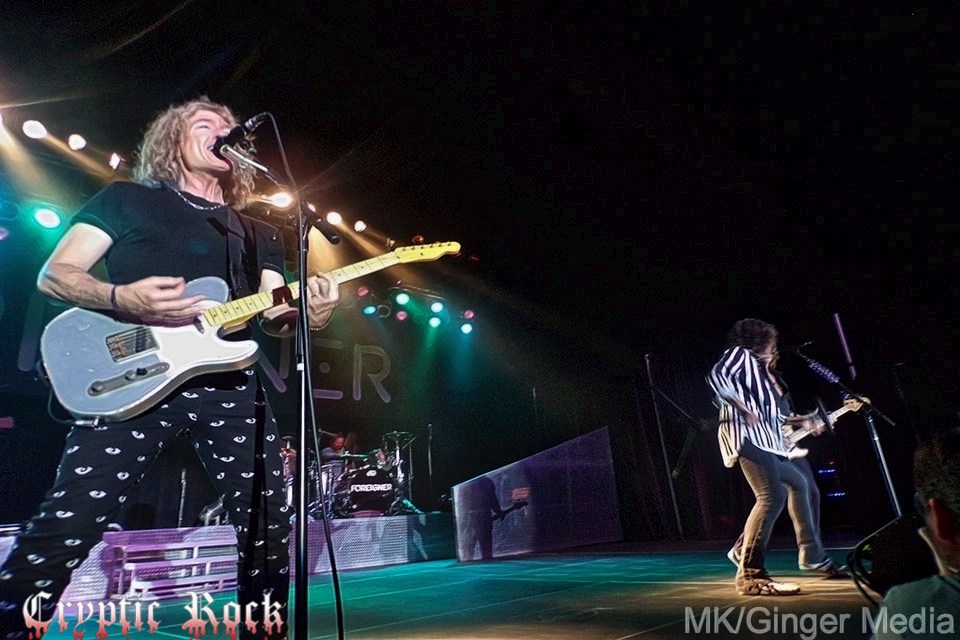 Listening to Foreigner plow though one hit after another, the audience came to realize where the phrase “hit parade” came from. One after another, the golden days of the band were presented to the hungry fans. This incarnation of the band is a tight, well-rehearsed team that play well off one another and whose elevated technical skill make watching and listening to their performance an actual treat to behold. As longtime followers are aware, the only original member of the band to still tour with any frequency is Founder/main Songwriter Mr. Mick Jones. Unfortunately he was unable to make this show in Northfield, and while his addition would have been a welcomed one, his band did a fine job in his absence. In fact, fans were so busy singing along, dancing, and screaming, the band left no time for anyone to catch their breath.

It is pretty amazing when a group can play such an extensive set and everyone basically knew every word to every song they play. Kelly and the current line up – consisting of Jeff Pilson (bass), Tom Gimbel (saxophone), Mike Bluestein (keyboards), Bruce Watson (lead guitar), and Chris Frazier (drums) – ripped through the band’s legacy list of hits starting with 1978’s “Double Vision” and hitting all the other highlights of the bands exceptional career. Those highlights of course would be “Head Games,” “Cold As Ice,” and the 1981 ballad “Waiting for a Girl Like You.”

Moving along with tons of energy, they would go into “Dirty White Boys” before “Say You Will” and the crowd rousing “Feels Like the First Time.” Having everyone on their feet for a great deal of the set, one of the clear standout moments was the breathtaking rendition of “Urgent.” The searing extended saxophone solo by Gimbel in the number was one of those moments that all true Rock fans should be treated to at least once in their lives. That was just one of many standout moments from this band’s impressive performance as they concluded the main set with a flair on “Urgent” and signature cut “Juke Box Hero.” 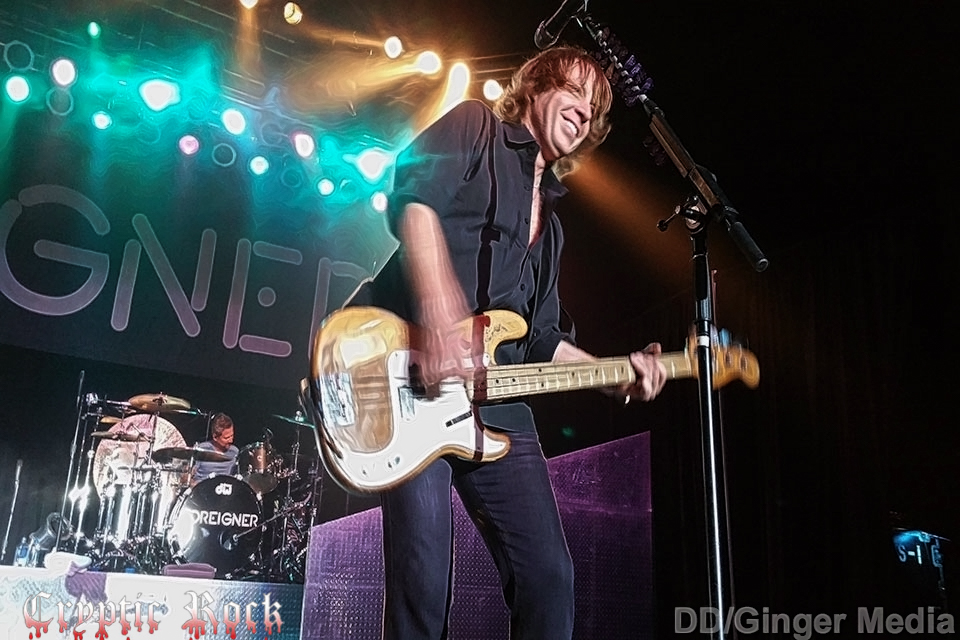 Departing from the stage briefly, everyone cheered for more, and quickly Hansen and Foreigner returned for the early career single “Long, Long Way from Home.” A perfect way to kick off the encore, thereafter the Solon High School Choir appeared with Foreigner under the lights to add the complementary vocals to the timeless love song “I Want to Know What Love Is.” Sending chills down many spines, couples swayed back and forth as the powerful voices filled the air, bringing the ballad to life. This led into the grand finale of “Hot Blooded” where Hansen let it all out for a outstanding closing vocal performance that had everyone yearning for more.

One of the great things about attending a show at the Hard Rock Rocksino Northfield is that there is not a bad seat in the joint and the proximity to the stage really gives spectators the opportunity to see their Rock heroes up close and personal. Then a band like Foreigner comes along, with a lead singer who enjoys wandering out into the crowd, it really makes for a special evening, for a feel that concert goers could never get in a large auditorium or stadium. Just to put Foreigner’s legacy in perspective, they played Cleveland for the first time in the summer of 1978 at a concert series that ran in town throughout the ’70s and into the early ’80s.  It was called The World Series of Rock and was held at the Cleveland Stadium and Foreigner was on the bill with Electric Light Orchestra, Journey, and Trixter. Four decades later, they are still rocking as hard now as they were then. 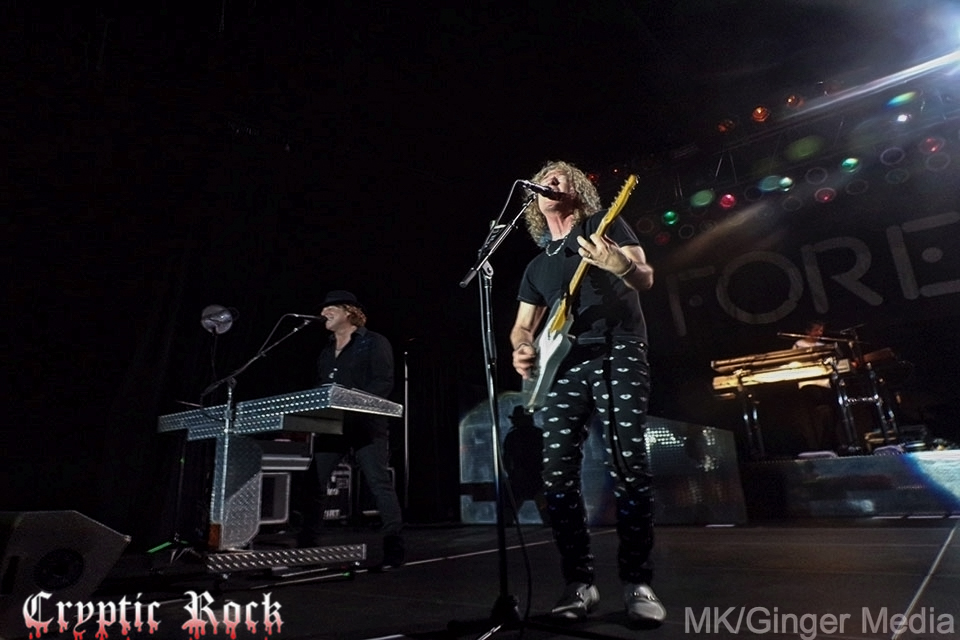 Foreigner is showing no sign of slowing down and there appears to be no reason they should even consider doing so. They are simply one of the tightest, most well-rehearsed acts touring today. While the faces may change from time to time, the music and passion that Mick Jones and Lou Gramm crafted back the ’70s when they played at the World Series of Rock still rings true today. Foreigner have select shows now through the end of May in North America before they head to Europe and Israel in June. Thankfully they will return to American soil come July before winding down the summer back in Europe with even a gig at Germany’s Wacken Festival. With so many shows on the itinerary, Rock-n-Roll lovers should make it a point to head out and spend an evening with this great band. 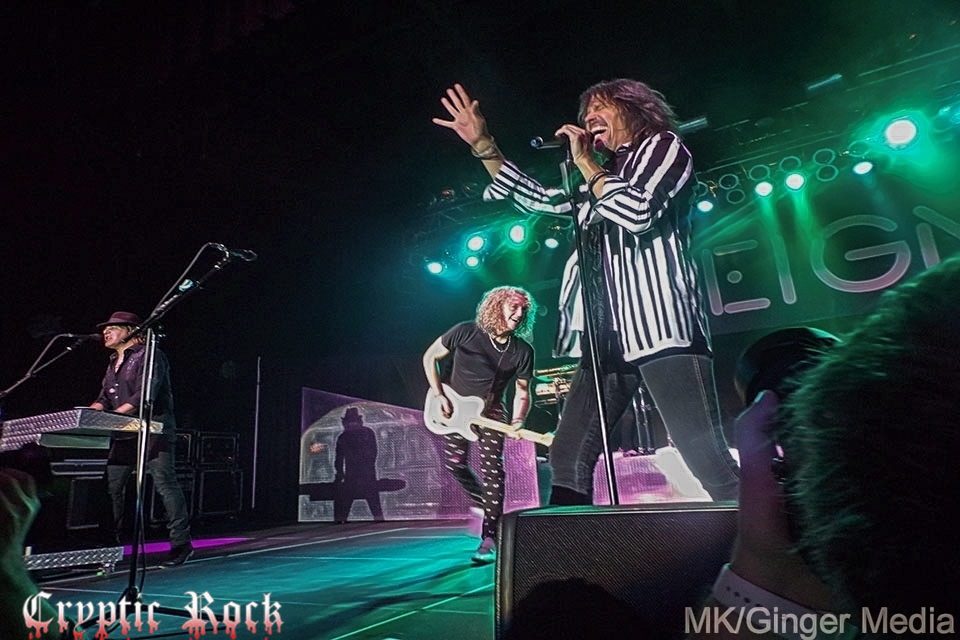 Skindred – Roots Rock Riot (Reissue Review) Long Live Rock… Celebrate the Chaos (Documentary Review)
Like the in-depth, diverse coverage of Cryptic Rock? Help us in support to keep the magazine going strong for years to come with a small donation.