Forest of the Vampire (Movie Review)

If you think vampires are only stalking the Romanian countryside or the Olympic Peninsula of Washington State, forget it! Bringing fear to a rustic wood near you comes Forest of the Vampire, the newest Horror offering from the good folks at Wild Eye Releasing and JRH Films, which became available in both VOD and physical DVD format back on June 13th of 2017. 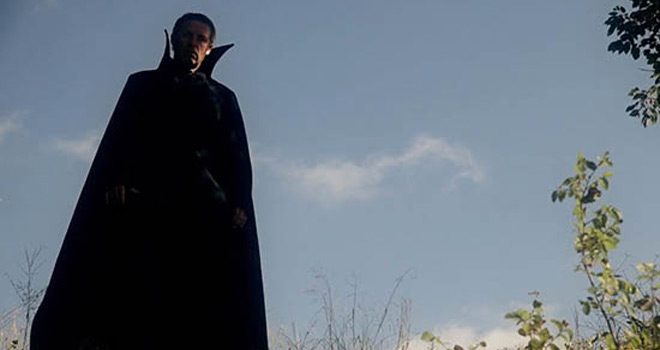 Forest of the Vampire revolves around a group of four friends who go on a week-long road trip to visit Enchanted Rock. Tina (Destiny Baldwin: From Dusk Till Dawn: The Series, Mind and Machine 2017) is the idea-woman, the gal that sets the destination for the trip, while her friend Lisa (Stevie Marceaux: Lust, Lies, Livelihood 2014) seems to be merely along for the ride. Ditto the begrudging boys, Lisa’s boyfriend Jim (Joe De Luca: Laundry Day 2015, Aeon of Horus 2016) and head-honcho Rex (Ian Pala: The Collaborators 2016, The Long Road Home series).

The plan is simple: a road trip that ends at Enchanted Rock, a mountain with forests and lakes that is located on a preserve. Reportedly settled in the 1800s, local legend says that those that live in the area avoid the rock at all costs and believe the area to be haunted. When they stop at a local store, the boys encounter a bizarre local (Gary Kent: The Forest 1982, Frame Switch 2016), who states that he has not seen anyone go up to Enchanted Rock in years – since the old mill there closed down. When asked if it is safe, the local merely quips: “It ain’t safe anywhere anymore, mister.”

Outright ignoring the ominous warnings given them, the twenty-somethings head down the road to their destination. As they move closer and closer to the woods, Lisa seems to grow more uneasy: already suffering from hallucinations of a man in a flowing black cape along with nightmares, she grows more anxious and seems to hear whispers calling to her in the full daylight. We also learn that she is, in fact, pregnant with Jim’s child. 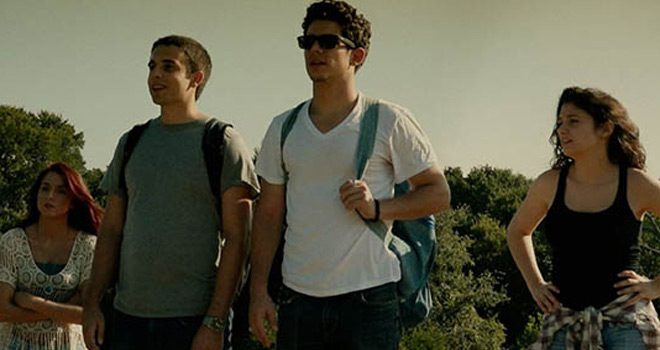 At this point in the story, we cut to a couple – Mom #1 (April Hand: The Synthetic Man 2013) and Mom #2 (Kasey Sherwood: Or So the Story Goes: Happy Thoughts 2015, Or So The Story Goes series) -camping in the woods with their young daughter, D.J. (Phoebe Rivas in her acting debut). While their daughter wanders off to play in a nearby meadow and discovers a decapitated pair of hands, one of the women quickly falls victim to a male vampire (Paul Camp: Jollenbach 2009, Ac 23 2015), bedecked in a black suit and flowing dark cape. We also quickly learn that these woods are stalked by another vampire, a beautiful female (Starla Snowdon in her acting debut) in lacy white. Please note that these vampires do, in fact, exist in radiant sunshine!

Returning to our core group of adventurers, they have discovered the old mill in the middle of the wood. When things begin to spiral downhill and Tina disappears, the group will take to the woods to try and find their missing friend, only to discover dark creatures lurking in the sunshine, wanton for blood. Clocking in at roughly 87 minutes, Forest Of The Vampire was written and directed by John R. Hand (Frankenstein’s Bloody Nightmare 2006, The Synthetic Man 2013).

A bizarre menagerie of Horror, Sci-Fi effects, and low-budget ridiculousness, literally all the clichés are here: friends on a road trip? Check. Bizarre local? Check. Dead cellphone? Check. Hiking into the woods without supplies? Check. Pregnant girl? Check. Creature lurking in the woods? Of course! As for those creatures in the woods, the vampires here are laughable; or, well, one of them is. As the female vampiress, Snowdon is not all bad: she encompasses the sexy ideal of a fanged leading lady. Camp as the male vamp, however, is a disaster of epic proportions: he looks like Tim Allen in a Walmart vampire costume. You cannot exactly blame the actors for wardrobe, however. Oh, and the vampire fangs? Yep, they too look like stick-in purchases from Walmart’s Halloween collection, as well. 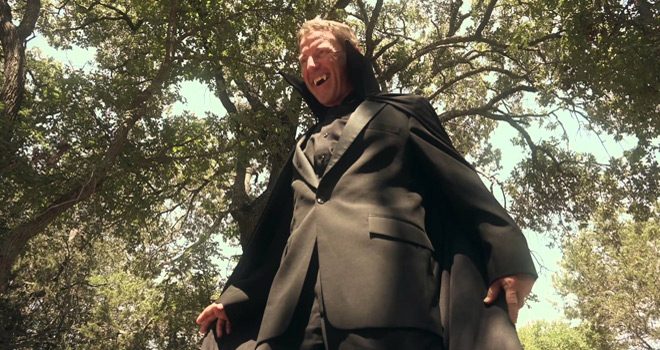 What else is wrong? Well, perhaps most importantly, our main four actors – Baldwin (Tina), Marceaux (Lisa), De Luca (Jim), Pala (Rex) – have minimal chemistry with one another. The film is fraught with instances where it actually appears that – though the actors are meant to be in a conversation together – they were shot separately and then patched together to create the on-screen scene. It leaves much of the dialogue, which is already flawed, feeling bizarre, stilted and forced. For a film that is supposed to be about four friends in the woods – two couples, in fact – there should be a natural flow to conversation and a good rapport among the actors.

The problems with Forest of the Vampire are somewhat endless: the sound mixing is way off, leaving the ladies barely audible in spots; similarly, sound is overdubbed in places and does not match to the video; there is a bizarre acid-trip, Sci-Fi green-screen thing going on at the end of the film; props like the talisman that is mentioned look like bad grade-school art projects; etc. The bottom line here is that a chance was taken on this low budget production and, aside from possible comedic value, it fails as a Horror movie. Is it a grade-B schlock Horror hit that will excite lovers of cheese? Sorry, no!

Thankfully, Forest of the Vampire should not be a death curse on anyone’s career, but it is certainly not going to propel them to Hollywood greatness, either; the cast do their best to bring this slapped together production to life and, for this, they do deserve credit. Sadly, the problems are far too many and too diverse for the film to ever overcome its doomed beginnings, and it ends up feeling like a bad college film project done by a group of passionate, but naïve friends. For its low budget ridiculousness that never quite impacts, CrypticRock give Forest of the Vampire 2 of 5 stars. 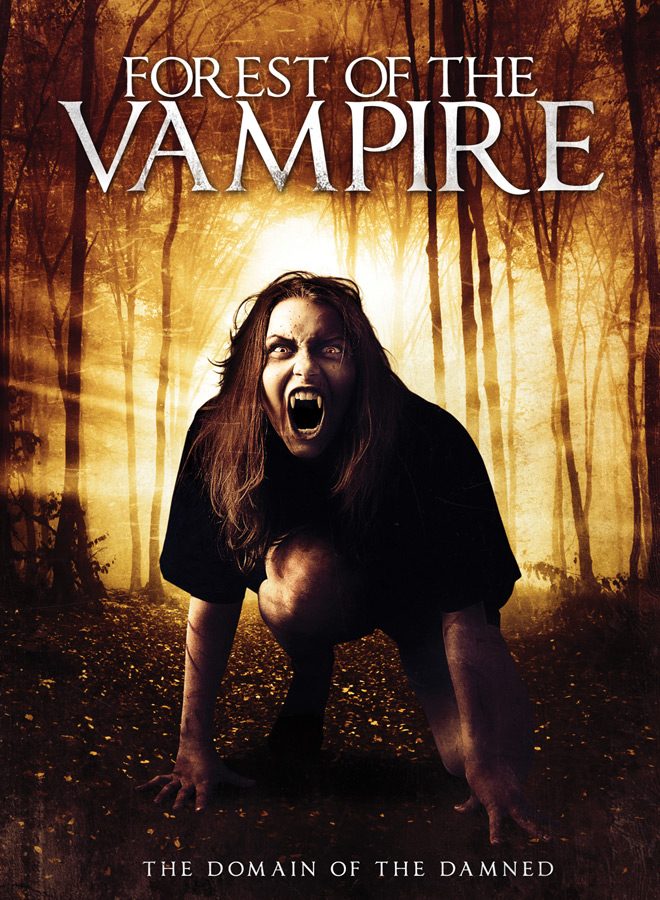 Purchase Forest of the Vampire: