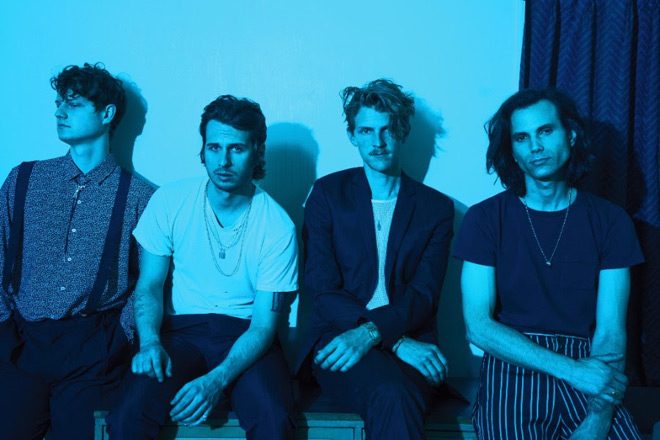 Formed in 2009, in Los Angeles, California, United States, Foster the People catapulted to commercial popularity in 2010 via the band’s chart-topping single “Pumped-Up Kicks,” which was a hipster anthem in the year that followed, especially after the release of the band’s Grammy-nominated debut album, the dance floor–worthy Torches.

Currently consisting of Mark Foster (lead vocals, guitar, piano, keyboards, synthesizers), Sean Cimino (guitar, piano, keyboards, backing vocals), Isom Innis (piano, keyboards, drums, percussion, backing vocals), and Mark Pontius (drums, percussion), Foster the People then followed up their successful full-length with another poppy, yet more organic and Rock-leaning batch of songs, 2014’s Supermodel. And now, after three years of activity in the festival circuit, the band has just released its latest work, which, according to Leader/Primary Songwriter Foster, would be “a little more Hip-Hop.” Right he was.

Released on July 21, 2017, via Columbia Records, Foster the People’s third album, titled Sacred Hearts Club, stays true to what Bandleader Foster said in an interview about its sound. It starts with the classic bass-heavy, Hip Hop funk of “Pay the Man,” the synth-drenched R & B of “Doing It for the Money,” and the sultry and catchy “Sit Next to Me.”

Then there is “SHC” which takes the listener to the band’s characteristic Guitar Pop sound, fitting well on a playlist that includes the likes of Two Door Cinema Club’s “What You Know,” Franz Ferdinand’s “Do You Want To,” and Modest Mouse’s “Float On.” The ensuing “I Love My Friends” is a sonic sequel of the chart-topper “Pumped-Up Kicks.” A short, spacey instrumental filler, “Orange Dream” serves as the prelude to the mid-album highlight – the ’50s Sunny Pop and ’60s Baroque Pop-inspired “Static Space Lover,” whose melodic trait and arrangement exude aural references to The Chordettes (“Mr. Sandman”) and The Beach Boys (“Wouldn’t It Be Nice?”); Wings (“Silly Love Songs”), John Lennon (“(Just Like) Starting Over”), and Sufjan Stevens (“Come On! Feel the Illinoise!”) also deserve mention for this matter.

Another recommended track for those who love Foster the People for its more Rock-oriented styling, “Lotus Eater” is a definitely different beast, combining the angst of grungy and punky post-Britpop peak Blur (“Song 2”) and the bratty quirkiness of The Fall (“Cruiser’s Creek”) and Long Fin Killie (“The Heads of Dead Surfers”). The following ditty “Time to Get Closer” is another ear-catching, nostalgic trip to the ’60s, but this time dressed in Soul-tinged balladry. Then there is the trickily titled “Loyal Like Sid & Nancy,” which is actually not a Punk homage but instead a sensual and trippy dance-floor track that may remind the initiated of Justin Timberlake (“Sexyback”) and Kanye West (“Diamonds from Sierra Leone”). The penultimate “Harden the Paint” follows the same stylistic direction. Finally, Foster the People wraps up a quite interesting sonic salad of an album with the breezy, hypnotic, piano-adorned mid-tempo “Ill.”

The floodgates of music styles have definitely been opened by adventurous songwriters for quite some time now, challenging the taste of music enthusiasts and the creativity of artists themselves. Surely not for the one-track-minded, Foster the People’s latest work is certainly one of such boundary-pushing albums that deserve inspection and appreciation, along with Beach Fossil’s Somersault, The Drums’ Abysmal Thoughts, and Passion Pit’s Tremendous Sea of Love, all of which succeed in eluding rigid label pigeonholing. CrypticRock gives Sacred Hearts Club 4 out of 5 stars. 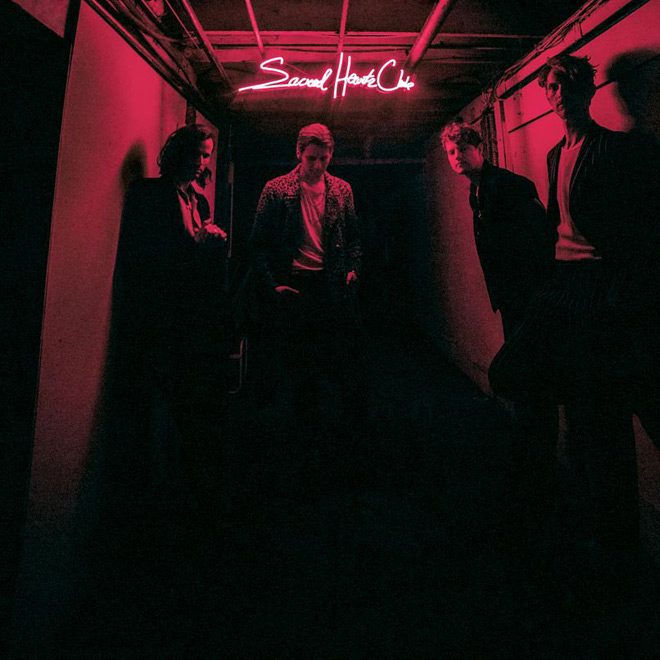