Foxes – All I Need (Album Review) 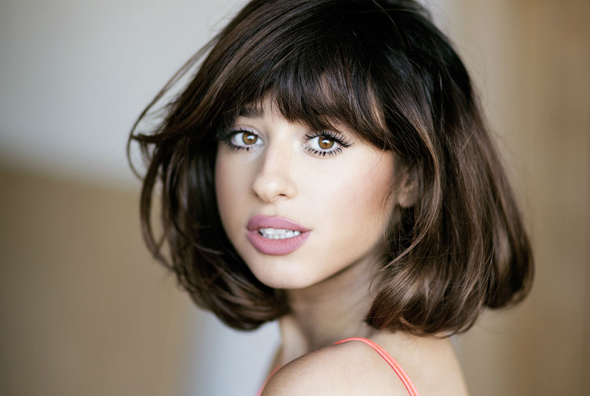 Southampton, Hampshire England-based Singer/Songwriter Foxes (Louisa Rose Allen) has been making music for twelve of her twenty-six years. Beginning with a talent show all the way back in the day, she was always interested in creating, but thought of pursuing other career paths. With a supportive system behind her, Foxes’ sister talked her into going further with her music, to which she attended music school, but decided it was not for her.  This did not at all mean her career in music was over, in fact, it was only beginning as she dove into writing and performing live.

Gaining attention, Neon Gold Records released Foxes debut single, “Youth,” in the beginning of 2012, before the song was featured on her Warrior EP in May of that same year. Warrior received accolades from a variety of sources and Foxes embarked on an US tour, where she released another single, “Echo.” Attracting the interest of Dance producer Zedd, he asked Foxes to be part of his “Clarity,” which reach #8 on the Billboard Hot 100 and #1 on the Hot Dance Club Songs charts. Furthermore, the single went platinum, double platinum, and silver in the US, Australia, and the UK respectively. An amazing leap forward for Foxes, she released her first full-length album, Glorious, in 2014 and it inevitably peaked charts around the world, going silver in her home country. Now just two years later, Foxes returns with her sophomore effort, All I Need, as of February 5, 2016 via RCA/Sign of the Times. Co-produced by Mark Ralph (Blonde, DJ Pippi), Tim Bran (Gerry DeVeau, Bloc Party), among others, the deluxe edition of the album boasts sixteen tracks of ethereal to Indie Pop melodies.

Foxes’ vocals invoke everything from feeling on Cloud 9 to the bowels of utter sadness beginning with “Rise Up (Intro),” like a Japanese anime Pop song, followed by a violin riff and synths as high hats do a roll a couple times before fading out. Foxes begins “Better Love” vocally accompanied with a piano. As the track comes alive, the bass kicks in as Foxes wants to see what real love is, always wanting to be close to her love. “Body Talk” has a straight Pop-vibe with an upbeat melody and a bit of a Dance flare. Foxes vocals have a bit of electric flavor as she sings about dancing out your feelings when words fail. Next, “Cruel” has a light Dance Club beat, but Foxes’ vocals are the highlight of the piece while she sings about being a slave to a love that may or may not be healthy.

Then, “If You Leave Me Now” has a power ballad, driving drumline accompanied by a piano before opening up with violins. This song takes listeners on a journey through a relationship teetering on whether her lover’s going to leave her. The inflection in Foxes voice is plaintive to the brink of tears. “Amazing” is a high-tempo tune predominantly driven by the piano and drums as Foxes extols, with a sexiness, the feelings she has when alone with her lover. There is a darkness to “Devil Side” with the piano being played on the lower end of the keys as the drums beat a slow, brooding cadence. Foxes sings about needing to stay away from her other, who has a dark side she does not want to rub off on her. A clipping beat brings in “Feel Don’t Fail Me Now” as the Funk Dance Club melody kicks in this high-octane, anthemic track. Foxes sings of needing to walk away from a toxic relationship that also has her enthralled.

A piano materializes from ether to begin “Wicked Love.” The happy melody belies the dark messages playing the yin and yang as another fight of desire and the need to get away before she inevitably gets hurt. The bass beats the cadence of “Scar” like expounding the hurt within Foxes’ lyrics with piano breaks of reminiscing as she puts the one that hurt her on blast, calling whoever a scar in her life. “Money” continues the attitude with a harder beat with guitars in the background screaming answers to Foxes as she defiantly sings, “Money can’t love you.” Slowing the pace down a bit, “On My Way” comes in with just a piano and Foxes’ vocals as she sings a tearjerker of that she had life going her way until she got sidetracked with what she thought was love, and now she needs to find her path again.

Continuing along, “Shoot Me Down” begins with a cello, violins, and Foxes’ vocals before the tune opens into a serious Dance track in the polar opposite to “On My Way” as Foxes calls out her love/hate lover, telling whoever that she is not just going to fold, that she is going down fighting.  Listeners will be jumping around with “Lose My Cool,” a straight Pop piece, again highlighting the piano with some fun sonic synth sounds as Foxes sings the praises of her love. The album’s title track, “All I Need,” has an ethereal start with swishy synths headed by Foxes’ vocals of looking for guidance through the dark times we all need from our significant others. All I Need ends how it began, with “Rise Up (Reprise).”  Like a Japanese anime Pop song, the outro comes in, followed by a violin riff, and the synths and high hats do a roll a couple times, but instead of fading out, Foxes vocals start.  This finale turns into an anthem of rising above the hurt.

Foxes has come at the world with quite bit of fun with All I Need. Her sweet (“If You Leave Me Now”) voice can change at the drop of a hat to biting defiance (“Scar”) with a maturity that says, “I’m young, but I’ve lived.” Here is hoping her future is fruitful. Foxes is currently on tour through the Summer to support All I Need, so get out and pick up the record before hand. CrypticRock gives All I Need 5 out of 5 stars. 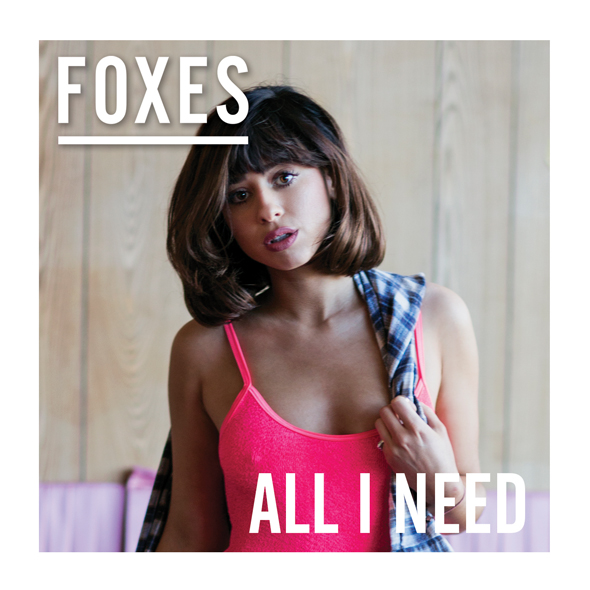