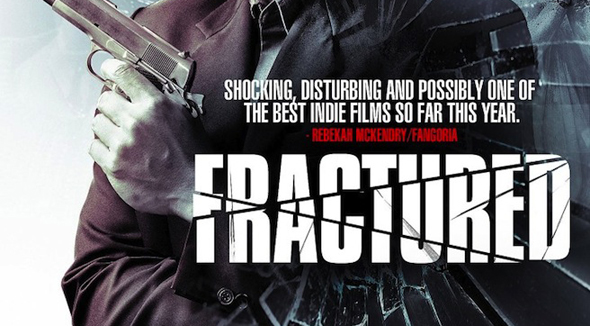 Fractured premiered at the Screamfest Horror Film Festival on October 12, 2013.  Written and directed by married horror duo Adam Gierasch and Jace Anderson; known for working together on Toolbox Murders (2004), Mother of Tears (2007) and Night of the Demons (2011), the film features a solid cast with an incredible deeply entwined story with a ton of surprises. 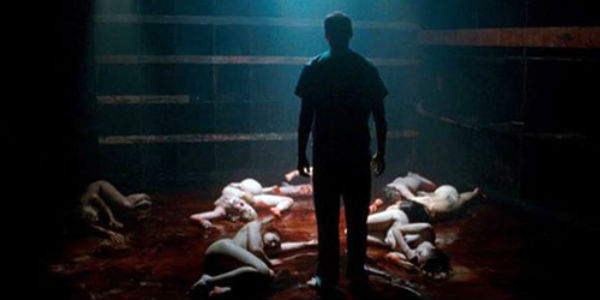 The film is set a year after Dylan (Callum Blue- The Tudors series, Dead Like me series) awakens from a coma, with full and continuous amnesia, having no idea what happened to him three years prior. Now moving on with his life, Dylan is a chef in a small restaurant in Baton Rouge, LA and lives in a simple apartment. He has a girlfriend named Brandy (Ashlynn Yennie- The Human Centipede series, American Maniacs 2010) and as their relationship progresses she begins to spend the night at his place. One evening Dylan rises from bed to go to the bathroom, when he opens the bedroom door to enter the hallway, he is instantly transported into a dark place with a bloodied woman clawing at him.  These strange incidents start occurring more frequently and become more forceful where Dylan is transported to a terrifying place, then reawakens somewhere close to where he disappeared from. These episodes disturb Dylan enough that he goes back to the psychiatric hospital he awoke in a year earlier as he searches for answers. After medical tests clear his brain of any problems, Dylan decides to start tracing back the steps to his past, starting at the place he was found near death, an abandoned paddock far from anything, where it was clear he was not meant to be found.

In his investigation for the truth Dylan finds the motel number 342, which has been common thread in his nightmares/visions. When he arrives the clerk immediately recognizes him, giving him what is said to be his old room, and Dylan soon realizes he is on the right path. Moving along he goes to a nearby bar and meets the mysterious Marlena (Nicole LaLiberte- The Mentalist series, Dexter series).  The two form an unusual friendship and Marlena assists him in meeting people he may know.  Dylan then hears about a man he used to work for named Quincy (Vinnie Jones- Lock Stock and Two Smoking Barrels 1998, X-men: The Last Stand 2006) and his reality is quickly torn in two. 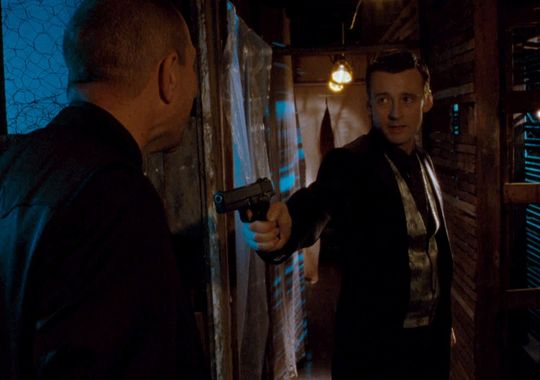 Bit by bit Dylan’s visions help to piece together the events of his former life and he is confronted with a version of himself completely different to what he could have imagined. Once he admits the truth to himself he is set free of the dark forces which haunt him until his life becomes a living hell and he is embroiled in a seedy criminal world.  Those who he once trusted are revealed as less than what he thought, and those he cannot remember could be his only hope at redemption.  Dylan goes deeper and deeper into his subconscious and past, making the tension more terrifying with every moment right up until the end. 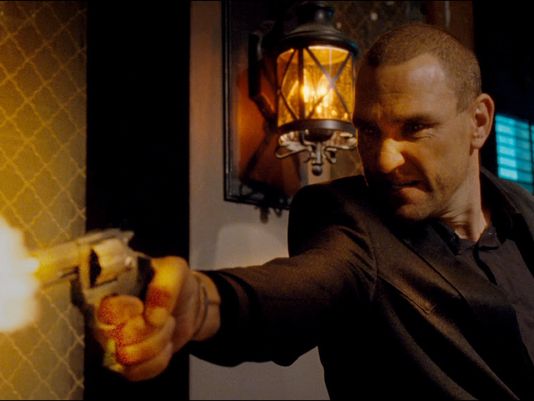 While Fractured is largely a psychological thriller, there is a good spatter of horror with appropriate blood and gore adding to the intensity in some graphic scenes. The musical score by Adam Barber is very soulful and provides a nice easy background for the movie. The film features excellent acting and a strong plot with plenty of twists and turns viewers simply will not see coming. Vinnie Jones is at his creepy best, with a single stare that could make anyone startled beyond belief.  CrypticRock gives Fractured 5 out of 5. 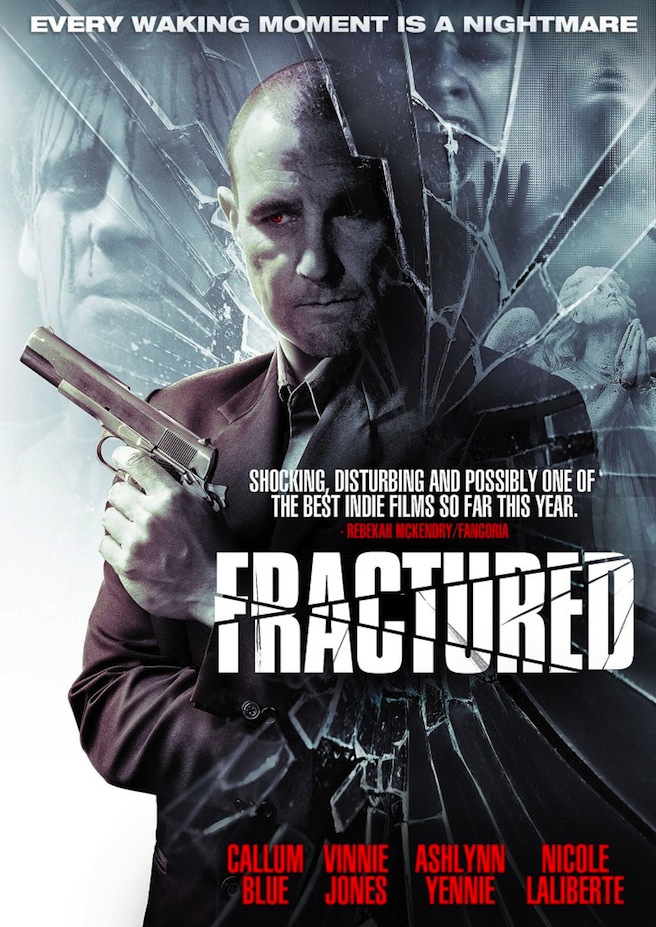