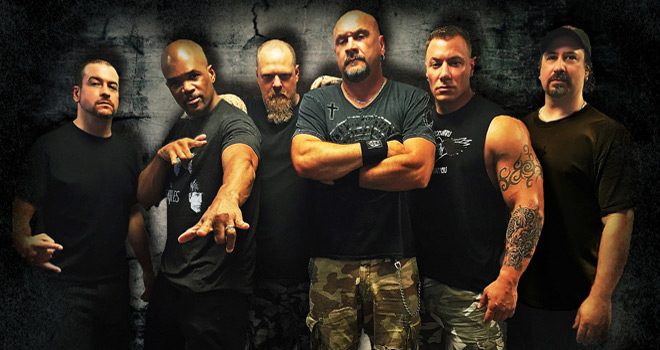 Back in 1986 Run–D.M.C. symbolically broken down the walls between the Rock-n-Roll and Hip Hop world in their music video for “Walk This Way.” Paving the way for diversity in the genres, Rap and Rock joined forces on numerous occasions, even off-shooting sub-genres of Rap Rock and Rap Metal. So, when was pioneer Darryl “DMC” McDaniels going to at least breakout his own band? That burning question has been answered in the form Fragile Mortals, a band consisting of Vocalist Rob Dukes (ex-Exodus), Bassist Rob Moschetti (ex-Pro-Pain, M.O.D.), Guitarists Jason Trenczer and Jason Velez, as well as Drummer Rob Youells.

A supergroup that is anything but ordinary, Fragile Mortals is a mix of hard guitar riffs and strong, influential Rap lyrics. In the vain of Body Count, Fragile Mortals lends itself to the future with its mix of intelligence and wit. Now ready to take on the world, they bring curious listeners The Dark Project as of October 13, 2017 on Digital Launch via Entertainment One Music. Their debut album, the tapped former Guns N’ Roses’ Guitarist Ron “Bumblefoot” Thal to handle production, as well as offer some of his own musical talents to the brew.

At this point, some may say, “What else can be done in the world of Rap Metal?” Well, it is a fair question, considering it seems to have been time and time again. That in mind, cynics should enter The Dark Project with an open mind because Fragile Mortals combine the best of both genres with clever lyrics and stylish guitar riffs/Metal rhythm. Right from the start, the potent “Whispers of Death” is complete with haunting lyrics and mesmerizing beats. Getting the album started on the right foot, with follow up songs like “Bitch” and “Suicide,” Fragile Mortals show they are firing on all cycles as a cohesive band.

Furthermore, cuts like “The End is Near” is powerful and topical. With today’s world dressed in chaos, it is a vivid picture of what one encounters day in and day out. Adversity makes the best music though and filled with intense drumming and tormenting melody, Fragile Mortals shows there is still a place for music with a message. These guys bring a thought-provoking perspective at the world at hand through tightly composed songs.

Additionally, songs such as “Lot Lizard” is a grim reminder of what goes on in truck stops around the country. Whether you look at it with a dark sense of humor or a PSA, it still sends a strong message. Both engaging and motivating, “Fired Up!” would be a fitting song for a live setting. Then, on the other hand, “Bad Man” is a slightly more mellow, starting with some heavy bass lines. Possessing more of a jazzy feel, it is a completely different approach by the band, which offers some Soul inspired tones.

All around, The Dark Project is a tremendous debut and a great example of Rap Metal done right. Production wise very tight, too often with ‘supergroups,’ there is no cohesion in the music or songs. That is not the case with Fragile Mortals, they are heavy, driven, and pull no punches. The real deal, CrypticRock gives their debut album 5 out of 5 stars. 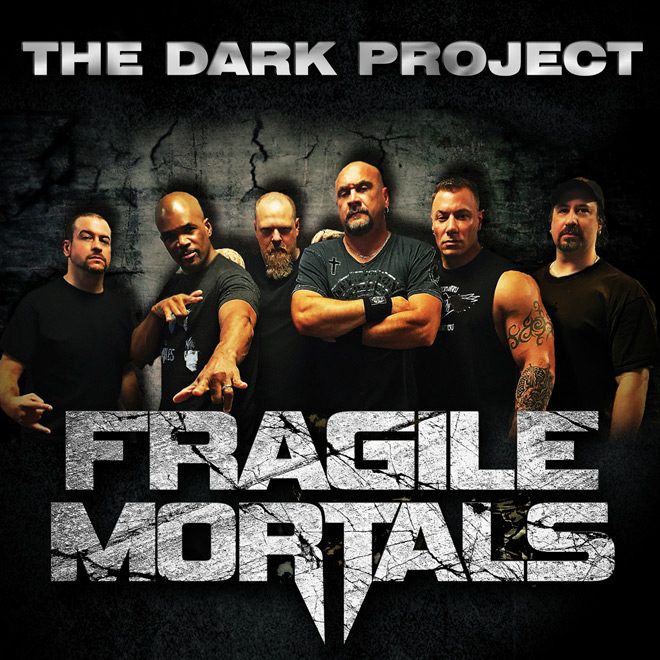