There is something beautiful and haunting about the original Universal monsters films. Featuring an atmosphere encapsulated within the black and white celluloid accompanied by crackly mono sound, it all just adds to the ambience of classic Horror cinema. 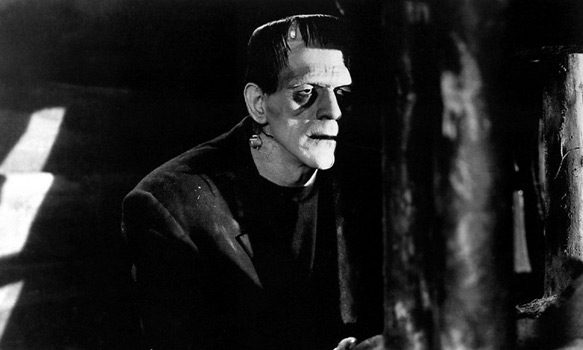 An era of originality and imagination, 1931’s Dracula virtually saved Universal from bankruptcy, and in response, they immediately started to build a tentpole franchise with the classic monsters of literature. That in mind, Mary Shelley’s Frankenstein lent itself to getting adapted for the silver screen that same year. Coming later in 1931, following Dracula’s success, Frankenstein was released in theater houses on November 21st and immediately struck the curiosity of all. Now 85 long years later, Frankenstein remains a cherished piece of not only Horror cinema history, but all history. 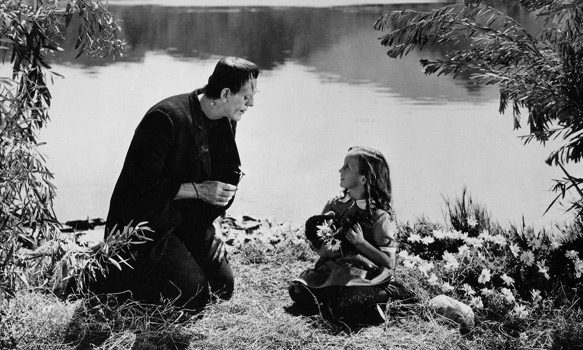 At the time, who better to play the Monster than Bela Lugosi, who had brought the infamous Dracula to spectacular life months earlier. Scorned by wearing pounds of makeup and having no dialogue, Lugosi left the project…a choice he would lament the rest of his career. This ushered in the main Silent Actor Boris Karloff, who was spotted by Director James Whale. Offering him a screen test, Karloff jumped at the chance and got the now historic role.

Admired for his work on Dracula, Jack P. Pierce was naturally hired for makeup duties in Frankenstein. He took creative license with the Monster’s look from Shelley’s description from her successful novel. For instance, he flattened the Monster’s head, placed the electrodes through the neck, which Kenneth Strickfaden (The Wizard of Oz 1939, Young Frankenstein 1974) created, accentuated the droopy eyelids, and had him wear a poorly-fitted suit. The overall look was contrast to Shelley’s description of the Monster as an “8-foot-tall (2.4 m), hideously ugly creation, with translucent yellowish skin pulled so taut over the body that it “barely disguised the workings of the arteries and muscles underneath;” watery, glowing eyes, flowing black hair, black lips, and prominent white teeth.” The experience of applying the makeup for Karloff was a painful one, taking as long as four hours. He often slept in it to avoid repeating the process, and acquired scars on his neck from the “electrodes.” Karloff’s shoes were 13 lbs each, forcing him to have an unnatural stance and movement, a detail to help with authenticity to his character. 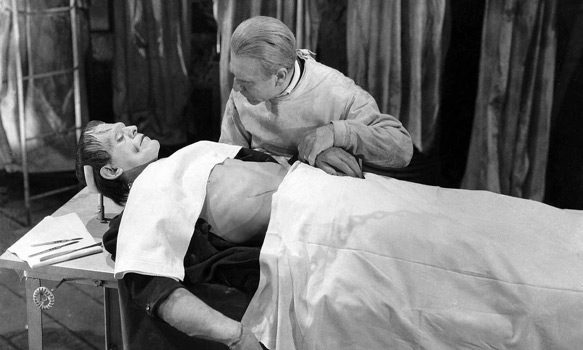 Although the original story was written in the early 1800’s, the time and setting of the film are never mentioned, leaving this detail to the imagination of the audience. Whale was very meticulous with every shadow and camera set up, in turn working with set designer Herman Rosse to get the iconic Gothic look. The equipment used in the laboratory was meant to bring a futuristic element to the story, understood by Frankenstein alone, a fitting detail due to his goal he was trying to accomplish. Ken Strickfaden was responsible for the electrical properties, creating the sparks that was generated and rained onto Clive, Frye, and Karloff. It was even the first film to use the Castle Thunder sound effect.

The accidental death of Little Maria (Marilyn Harris: Tugboat Annie 1933, Bride of Frankenstein 1935) at the hands of the Monster was originally cut out of the theatrical release, thought to be overly upsetting for the audience. It was later restored in its DVD release, and then later on Turner Classic Movies (TCM). Also, the church took offense to the original line by Clive, “It’s alive! It’s alive! In the name of God! Now I know what it feels like to be God!” calling it blasphemy and demanding it to be changed. 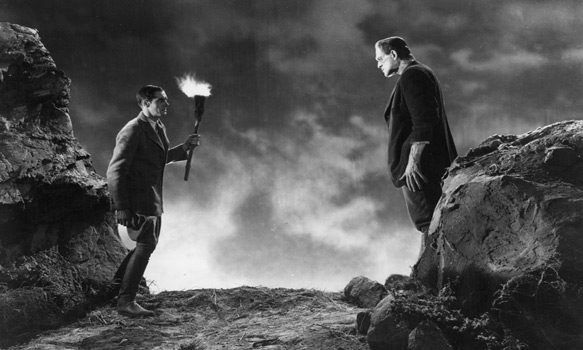 There have been countless iterations since the original 1931 classic, but none with the impact Whale’s and Karloff’s masterpiece has made on the movie culture and culture at large. Perhaps the most recognized in modern times is 1994’s Mary Shelley’s Frankenstein, a film that is considered the most faithful film adaptation of the original novel. Nonetheless, over 100 years after Mary Shelley’s interpretation was revealed to the world back in 1818, Frankenstein became a staple figure in classic Monster movie history. The original advertising campaign for the Universal film featured the tagline “The Monster Is Loose!!!,” and all these years later, most would agree that he still is. 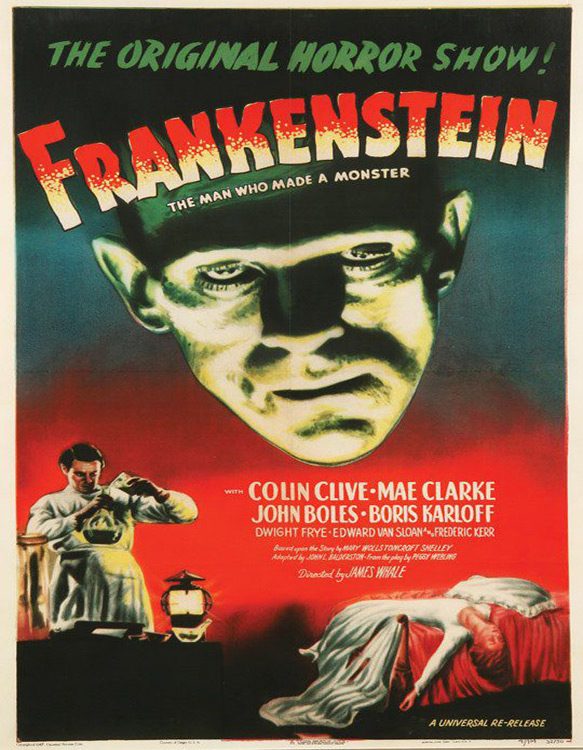