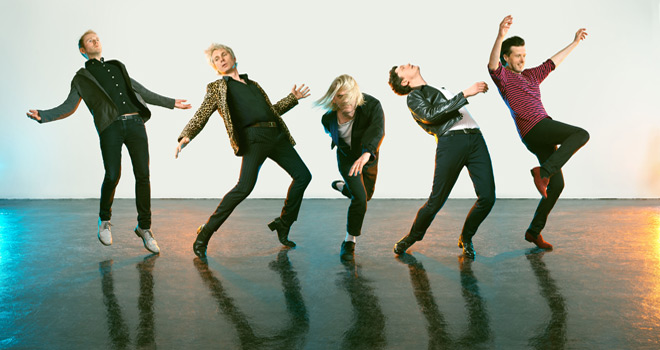 Fourteen years have passed since Franz Ferdinand took the Indie Rock world out to the dancefloor and subsequently onto stadiums. That in mind, the frenetically energetic Scottish band have never been less laser-lit after that, ensuring that their audience are all-ears and on their disco feet, always ascending to and keeping up with the high-octane level of their music.

Formed in 2002, in Glasgow, Scotland, Franz Ferdinand catapulted right into the center of the early-2000s Alternative music scene with the power of their electrifying and compelling 2004 breakthrough single, “Take Me Out.” Their self-titled debut album ensued, further garnering for the band accolades that included that year’s Mercury Music Prize and a nomination for Best Alternative Album at the 47th Annual Grammy Awards. Consequently, all these cemented Franz Ferdinand’s place among what were hailed as Post-Punk/New Wave revivalists, which included The Strokes (“The Modern Age”), Interpol (“Stella Was a Diver and She Was Always Down”), The Libertines (“Time for Heroes”), and The Killers (“Smile like You Mean It”). These were bands whose styles and ethos echoed the sensibilities of late-’70s Post-Punk and ’80s New Wave, pioneered by the likes of Gang of Four (“Damaged Goods”), The Comsat Angels (“You Move Me”), Duran Duran (“Girls on Film”), and Orange Juice (“Rip It Up”).

Franz Ferdinand did not waste time. Taking advantage of their momentum, they immediately released You Could Have It So Much Better in 2005. Two albums more ensued, and then in 2015 they issued FFS, the one-off, collaborative album with the iconic American band Sparks (“Fa La Fa Lee”).

Scheduled for release on February 9, 2018, Always Ascending is Franz Ferdinand’s fifth studio album. As usual, it is a sonic equivalent of glowing neon lights, sparkling multicolored glitters, and dizzying discothèque mirrorballs—from the album cover on through the last track. It begins with the Matrix-style slow-motion–hyperdrive motion and explosion of the title track—undulating, whirling, and encircling the listener with its mesmerizing melodies, gyrating groove, and funky feel. The rhythm then becomes more aggressive and insistent as “Lazy Boy” plays next, whose title is inversely proportional to its tireless guitar acrobatics, vibing off echoes of Chic’s “Le Freak,” Pseudo Echo’s “Funkytown,” The Romantics’ “What I Like about You,” Squeeze’s “Cool for Cats,” and Wire’s “Eardrum Buzz.”

The revelry continues with the sinister Dance Pop swagger of “Paper Cages,” whose synth horns and staccato keys are a throwback to early ’80s Pop and Italo Disco. Then “Finally” starts smoothly, gracefully, with the soul of David Bowie – only to drag its feet back again to the spotlight to give way to the dramatic, red-carpet entry of “The Academy Award” and the New Wave sway of “Lois Lane.”

Moving on, Franz Ferdinand steps on the distortion for a wee bit and deliver the fuzz, waltz, and slight syncopation of “Huck and Jim,” whose catchiness, feel-good vibes, and cinematic arrangement make it easily one of, if not the album’s highlight. This is Franz Ferdinand in their most Progressive excursion yet.

The reenergized quintet revert to New Wave mode with the shiny and sparkly “Glimpse of Love,” and then dive further into a mash-up of Electroclash and Britpop with the horn-adorned “Feel the Love Go,” which will fit onto a playlist that includes Britpop dancefloor staples like Pulp’s “Disco 2000,” Blur’s “Girls & Boys,” and The Soup Dragons’ “Divine Thing.” Finally, the Scottish purveyors of Disco-dancey Indie Rock music finish off the party aptly with the relatively slow, soft, and classy “Slow Don’t Kill Me Slow.” Yes, let Franz Ferdinand kill you softly indeed, in sweet surrender and honeyed agony, with this latest all-killer record of theirs.

Among the slew of Indie Rock bands that originated in the 2000s, Franz Ferdinand are one of those that remain standing after so much musical revolution and commercial-media spotlight shifting, never resting on the laurels of their glorious beginnings. Always on the go. Always on their toes. Always Ascending. CrypticRock gives it 4 out of 5 stars. 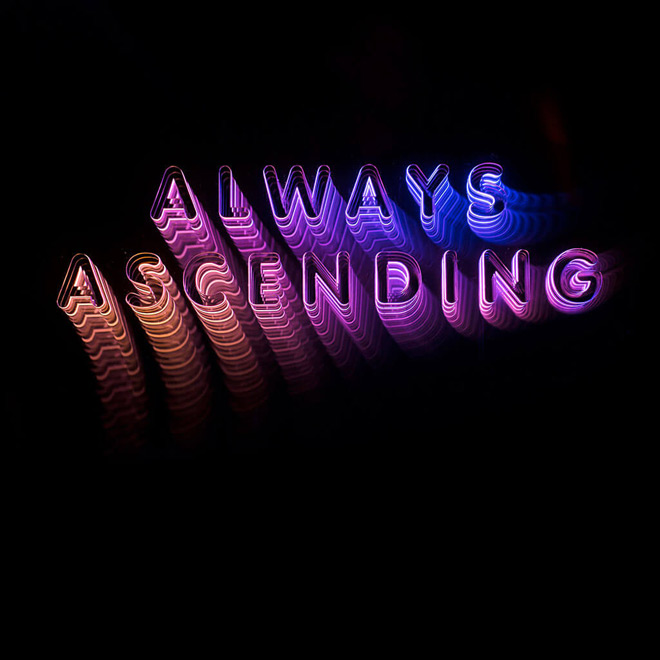