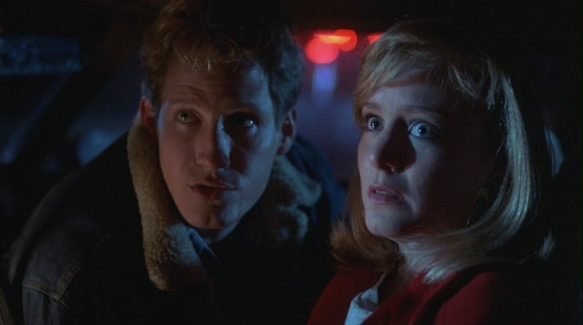 Looked at as a fresh start for the series, the sixth installment was written and directed by Tom McLoughlin (One Dark Night 1982, They Came From Outer Space TV series) and produced by Don Behms, previously known for his production work on such Horror classics as 1978’s Halloween and 1980’s The Fog. Beloved among fans then and now, Friday the 13th Part VI: Jason Lives celebrated its 30th year of horrifically fun slashing this past August.

Paving the way for the new film, Friday the 13th Part V: The New Beginning‘s 1985 success afforded Paramount Pictures an opportunity to continue the franchise, completing the original Tommy Jarvis storyline begun with Corey Feldman (Goonies 1985, Lost Boys: The Thirst 2010). In Friday the 13th Part VI: Jason Lives, the story picks up with an older Tommy, now played by Thom Mathews of 1985’s Return of the Living Dead fame, returning to the old Crystal Lake/Camp Blood. The community is now known as Forest Green and, seemingly, sadistic killer Jason Voorhees’ years are as dead and buried as his hockey-masked body.

The story progresses as Tommy goads his friend Hawes – played by the late, great Ron Palillo (best known as Horshack in Welcome Back, Kotter) – to go to the cemetery and make sure that Jason is really and truly dead. The pair confirm that Jason is, in fact, no longer among the living. That is until a metal fence post stuck into Voorhees’ grave is struck by lightning, creating a defibrillator that shockingly (pun intended) kickstarts his heart. What ensues is predictable Horror camp: Jason kills Hawes and goes after Tommy; and with Jason reanimated, Tommy must warn the residents of Forest Green before another bloodbath ensues. 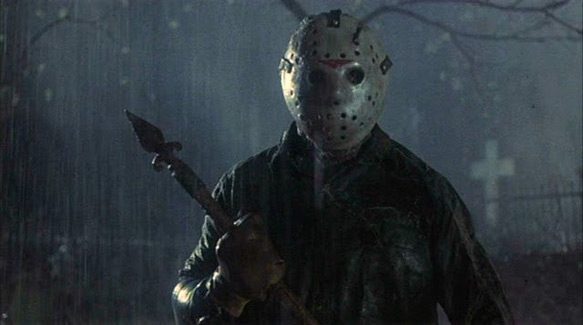 In keeping with tradition, McLoughlin cast a stuntman to play the title role of every mother’s nightmare, Jason Voorhees. Dan Bradley had previously appeared in the role, but issues with the actor and crew led McLoughlin to recast C.J. Graham (Highway to Hell 1991) in the legendary role. Ultimately, Kane Hodder would step into the role of Voorhees in the following installment, Friday the 13th Part VII: The New Blood, to breathe new life into the machete-wielding madman.

Taking a page from Mary Shelley, McLoughlin reanimated Voorhees with a bolt of electricity and resurrected the franchise along with him. While he breathed new life into the series, McLoughlin also paid respect to established lore: he honored the original mythology of the Jason Voorhees character in the film, portraying Jason’s weakness as the waters of Crystal Lake. It was a tradition in the franchise that would continue until 1989’s Jason Takes Manhattan.

Furthermore, as writer as well as director, McLoughlin peppered the script with humor and random jokes specifically geared toward Horror movie buffs. In addition, it also had its share of scares, one that sticks out as purely terrifying is Jason stalking a camp cabin as an little girl lay awake praying as he approaches her. This scene keeps the audience on the edge of their seat until Jason eventually walks away. Distracted by something else or having merry on the innocent child, it is no doubt one of the most memorable scenes in Friday the 13th franchise history.

When filming started in March of 1986 in Covington, Georgia, real-life Camp Daniel Morgan served as the fictitious Camp Forest Green. Deciding to make the film a straight Horror release about a killer who murders indiscriminately with no moral compass, McLoughlin opted to nix any nudity from the film. This move has proven to be a popular choice among fans and critics alike. 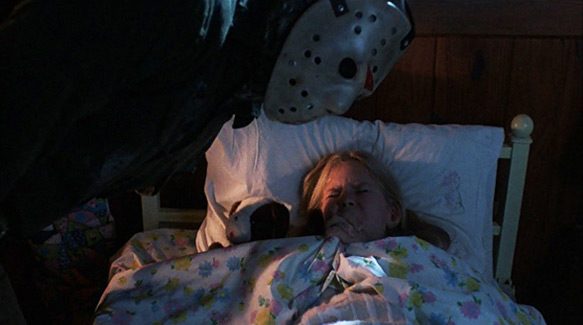 Then when the time came rate Friday the 13th Part VI: Jason Lives’, without any nudity or extremely crass language, the film was expected to earn a PG-13 rating. Previous entries in the Friday the 13th series had to be edited just to obtain an R-rating, though in a large dose of irony, the studio wanted more kills and gore from McLoughlin. While he joked with the idea 13 kills, McLoughlin shot multiple endings of the film to appease the studio. Amusingly, the film’s climax would be shot in McLoughlin’s father’s swimming pool, with enough masking to create the illusion that the pool was, in fact, Crystal Lake.

Attaining aforementioned impressive box office sales, in the eyes of fans, it revitalized what was thought to be a dying franchise. While critics offered mixed reviews, faithful followers loved the film, and, to this day, it continues to be among the top-rated, fan-favorite films on various websites.

As for Friday the 13th as a franchise, a reboot is also expected next year, proving that even after three decades audiences still hold a special place in their hearts for the hockey-masked slasher from Crystal Lake. 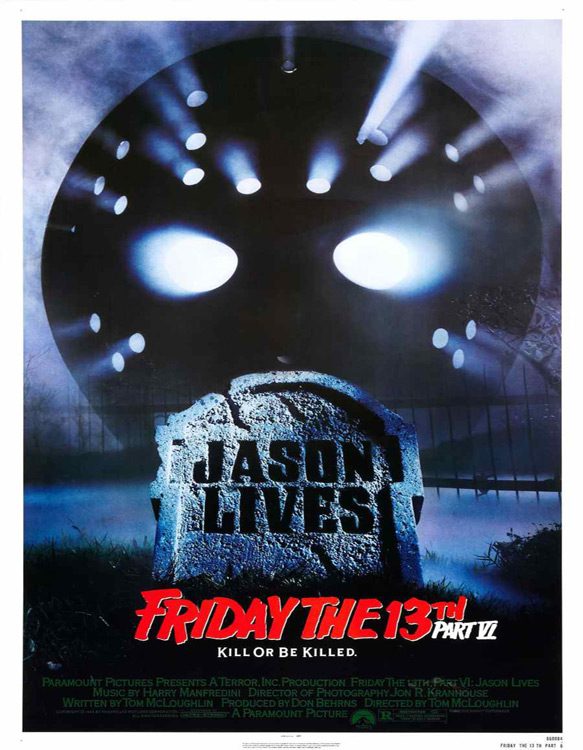