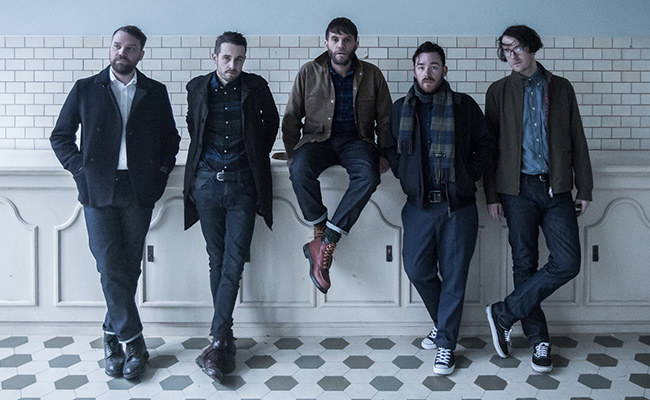 Changes are part of life. Impossible to step away from, most creators are continuously looking to expand their horizons. Initially formed in 2003 by Vocalist/Guitarist Scott Hutchison, the Scottish Indie Rock band known as Frightened Rabbits has embraced this challenge as they prepared their fifth overall studio album, Painting of a Panic Attack. Growing to the point they are now, the band’s core consists of S. Hutchinson (lead vocals, rhythm guitar), Grant Hutchison (drums/backing vocals), Billy Kennedy (bass guitar, guitar, keyboards and backing vocals), and Andy Monaghan (guitar, bass guitar, and keyboards). Flourishing through the years, their 2010 album, The Winter of Mixed Drinks, was their first taste of international success as the record reached positions within the top 100 album charts in the UK, Scotland, and the USA. Signing on with Atlantic Records just a year later, the winds of change continued as the band released their self-titled EP, the State Hospital EP in 2012, and Pedestrian Verse in 2013, their most acclaimed album to date.

Released on April 8, 2016, Painting of a Panic Attack marks the band’s second full-length offering with Atlantic Records, and when previously asked about the material, while it was still being worked on, Scott stated it was a “Shift in sound” for Frightened Rabbits. Despite the concern that gave some longtime listeners, the new additions of electronic sounds are subtle and do not seem to take away from Frightened Rabbit’s original quality. Partnering with The National’s Aaron Dessner as their producer for Painting of a Panic Attack, Frightened Rabbits is a turning point in the band’s career as it slowly sinks into listeners’ psyches.

Previously, S. Hutchison was known for his lyrics; creating the image of him clutching closely to his guitar as he sang emotionally about his inner demons down at the local pub one late evening. That in mind, Painting of a Panic Attack has allowed more room for the band’s sound. For instance, the first track, “Death Dream,” is an immediate ear and eye opener to Frightened Rabbit’s new sound as synthesizers can be heard and piano notes echo. It has a sound that will leave any listener staring out the window, thinking about their own demons and panic attacks, therefore giving them their own “death dream.” Then there is “Get Out,” which is one that lets a listener find themselves lost, in a dreamlike state, as S. Hutchison’s voice rings with the line “Get out of my heart, she won’t, she won’t.”

A jittery, Indie Rock sound is found in “Break,” the most up-beat tempo track off the album. In contrast, for those who may be concerned that these Scots are no longer that barstool late night lament, there is no need to fear. That is because tracks such as “I Wish I Was Sober” still reflect upon S. Hutchison’s morning regrets as he sings “Wrap my hand around the glass again/ We all thought I might change as I got older.” This is followed by “Woke Up Hurting,” which carries a haunting sound to the listener’s ear as the chorus rings “I woke up with dirty knees/ not for the first time/ I woke up hurting/ though I can’t quite say why.” Featuring a music video to accompany the song; the band playing together in a simple building, nothing flashy is used in decoration, nor are there fancy clothes worn. The simplicity rings for itself with the song. For the audience familiar with S. Hutchison’s considerable recklessness, it would be safe to assume that was thought of and hoped for. But as S. Hutchison even admits in the track “An Otherwise Disappointing Life,” “I [Hutchison] have a long list of tepid disappointments.”

With three bonus tracks, Painting of a Panic Attack concludes with “A Lick Of Paint,” recapturing each aspect incorporated throughout the album. Those aspects are summed up as simplicity in lyrics and small strokes of guitar with soft beats on the drum but with more electronic sound, creating layers and so much noise it is blissful. 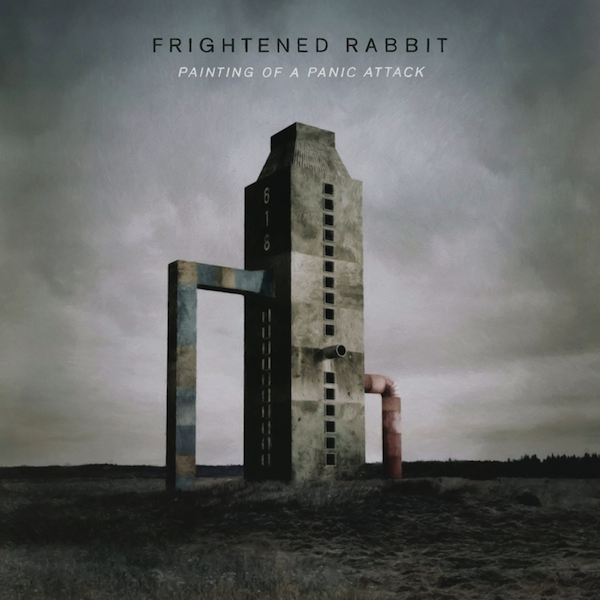