From Ashes To New – Day One (Album Review) 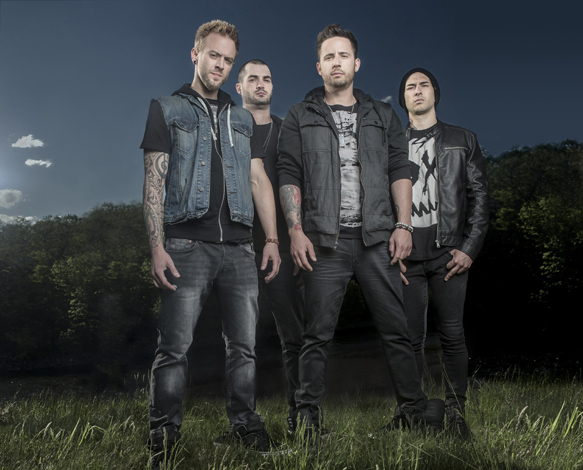 From Lancaster, Pennsylvania, promising band From Ashes To New has been making an impressive impact in a short span of time. Founded back in 2013, the band consists of Vocalist/Keyboardist Matt Brandyberry, Clean Vocalist Chris Musser, Bassist Garrett Russell, Drummer Tim D’onofrio, and Guitarist Branden “Boo” Kreider. Influenced by life experience, the concept behind From Ashes To New is about positivity, realizing one’s potential, and to make the most of one’s life. With a clear vision, they quickly released a self-titled EP that garnered them attention, thus allowing them to sign on with Eleven Seven Music. Soon making more noise, they hit the road with Hollywood Undead in 2015 following the release of their Downfall EP, growing them a fanbase that rose organically, and rapidly.

With a mix of Hip Hop vocals, emotionally charged singing, Hard Rock, and even some Synth elements, it would be easy to say the band is another Linkin Park, but that would be merely short sighted by a wide stretch of the imagination. While the band clearly is influenced by such bands, they have something different to offer, and now, in 2016, they drop their debut full-length album entitled Day One. Hitting stores February 26th, the album was produced by Grant McFarland and consists of eleven tracks in total. An exciting time for their growing fan base, Brandyberry has conveyed himself he could not wait to release the record as he made it clear people had only seen the surface of From Ashes To New’s sound.

The album opening, “Land Of Make Believe,” grooves with an extreme punch to the face before revealing its beauty with a melo-aggressive chorus that will stay in the listener’s head for hours. Next, starting with a dark keyboard melody, “Farther From Home” quickly comes in with Brandyberry’s attacking Rap vocals matched with Musser’s singing. The keyboard melody remains constant throughout the track amidst the heaviest moments and more electronic sounds. Next comes a familiar song carried over from the Downfall EP, entitled “Lost and Alone.” Not as electronic as the previous track, it is more straight-ahead heavy guitars with a mix of raw screaming and singing vocals that will leave many finding relation inside the words of feeling misplaced in the world.

Combining more electronic elements with heavy guitars, “Shadows” is a complete hybrid of genres that sees Brandberry and Musser unifying their vocal approaches. As a yin and yang, the two feed off one another magically and bring the lyrics to life in a real manner. Currently one of the biggest songs on Sirius XM station Octane, single “Through It All” comes on in haunting fashion with dark piano keys followed by more smooth rapping and singing vocals. Originally released in 2015, it most recently secured the number one spot on Octane’s Big Uns Countdown.

The secret in From Ashes To New’s sound is that the band does not stick to one genre. This is evident when they change things up for the shouted melodic, almost Metalcore sounding, “Face the Day” that features some brutal Metal, pound riffs and killer drumming. Another single released last year, “Downfall” penetrates an extremely uplifting message within the chorus, telling the listener not to let go and to fight through tough times. Telling the story within the verse, Brandberry sets up Musser as he unleashes the soaring vocals needed to leave the listener hopeful for a better tomorrow. Next, “Breaking Now” offers the next potential single-hit, in the best Linkin Park manner.

Showing diversity, acoustic guitars join more beautifully stroked piano keys to open “Every Second” before the distorted guitars and electronics kick in. A full-sounding track from start to finish, it comes across as a confession of weakness everyone possesses but are afraid to admit to. Complemented by a catchy guitar solo, it is yet another highlight on Day One. Winding down the album is the Rap leaning electronic laced “Same Old Story” that finds more harsh screaming driving home the message. This comes before the final battle cry of “You Only Die Once.” Conveying that life is short, life is fragile, and it is time that everyone stops wasting time. It is a hard-hitting conclusion tying together the overall concept of Day One together nicely.

While many of the songs of Day One are similarly structured, it is also what makes the record special. Contrary to some bands of the Rap and Nu-Metal scene, this album sounds authentic with the right mixture of aggression and earworm melodies. With that said, it is nearly impossible to say one single song stands out, because all of the eleven compositions work as a cohesive piece. The decision to start From Ashes To New and share a positive musical message definitely seems to be one of Brandyberry and Musser’s best ideas; to learn from bad experiences to find personal salvation. Nonetheless, Day One will spread From Ashes To New like a fire over the scene. CrypticRock gives this album a 4.5 out of 5 stars. 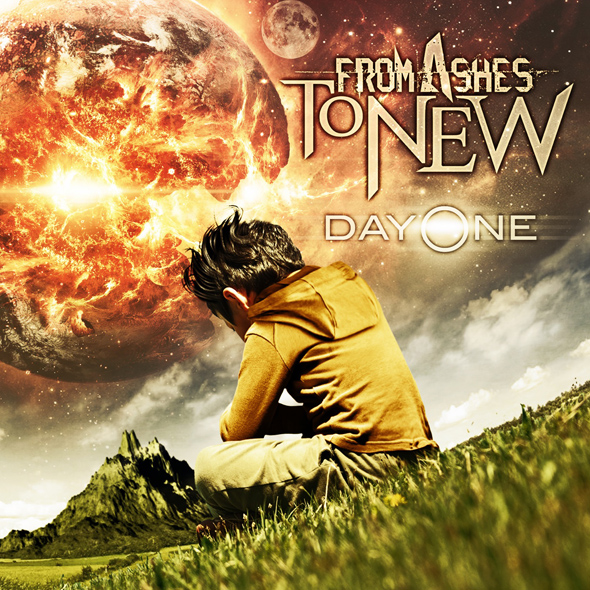