From the Dark (Movie Review)

For over a century, Irish filmmakers and authors have contributed substantially to the Horror genre, specifically Vampires. Irishman Bram Stoker introduced the world to Count Dracula, the most famous Vampire of all time. In 1994, Irish director Neil Jordan brought Anne Rice’s Interview with the Vampire to life on screen. Now, director Conor McMahon (Stitches 2012, Dead Meat 2004) is following suit with From the Dark, an Irish Vampire flick that is unlike other films he has directed. It was released on April 14, 2015 by Dark Sky Films. 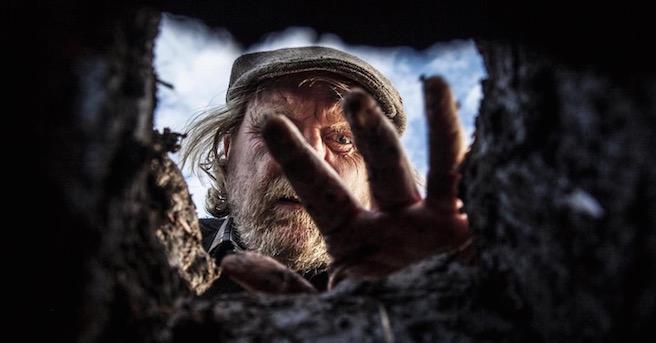 Still of From The Dark

Couple Sarah (Niamh Algar: The Savage Eye 2014, Trampoline 2014) and Mark (Stephen Cromwell: Play Next Door 2014, Golgotha 2012) are driving to a vacation spot in the Irish countryside. Due to the remote area they are traveling through, Sarah’s GPS loses signal, which leaves Mark to use his best judgement. The road he chooses ends up covered in deep mud and their car inevitably gets stuck. Mark makes the decision to look for help while Sarah stays with the car. During this time, an older man (Gerry O’Brien: Game of Thrones 2011, Pirates of the Caribbean: Dead Man’s Chest 2006) at a local farmhouse is burying an unrecognizable creature. Its hands are tied and there is a wooden stake next to the body. As the sun is setting and the man begins finishing the burial, the creature springs to life and attacks.

The man is able to get away, but has a nasty bite. Of course, this is the particular house Mark goes to for help. When he finds the man bleeding inside, Mark goes back to get Sarah and they both proceed to the house. Once back inside, the farmer savagely attacks and forces them to flee. Unfortunately for the couple, the original monster is still lurking about and begins to hunt them, so they frantically return to the house. As a struggle ensues, Sarah inadvertently discovers that the creature will not go into light and uses a lamp to get them both to temporary safety, but not before Mark’s leg is critically injured by the monster’s claw. From this point on, their survival depends on staying in the light and outsmarting the creature of the dark. 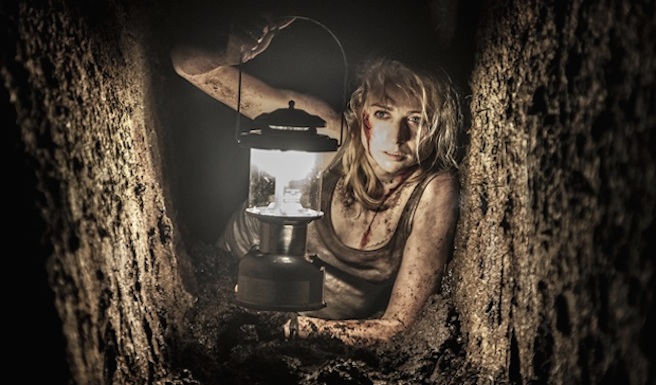 Still of From the Dark

From the Dark has several elements that makes for an unsettling environment.  First is the Vampire’s appearance, not that it is ever fully shown in light. Upon seeing its form and movement, Horror fans will instantly recognize the same characteristics as Nosferatu. It really works for the film not to reveal the entire creature because so much is left to imagination and plays into fear of the unknown.

Second is the constant search for a light source. Not only is it scarce, but the Vampire has the ability to think and figure out ways around light. Third is that while some movies have well-placed music that can add anxiety and panic to the situation, this movie is the exact opposite. Not only is there often a lack of music and sound, but dialogue as well. Uncomfortable silence goes a long way at times. Last, but certainly not least, is the believability of the characters. When there is dialogue in the movie, primarily in the beginning, it is natural and well-delivered. The actors play their roles well and the chemistry between the couple is present. 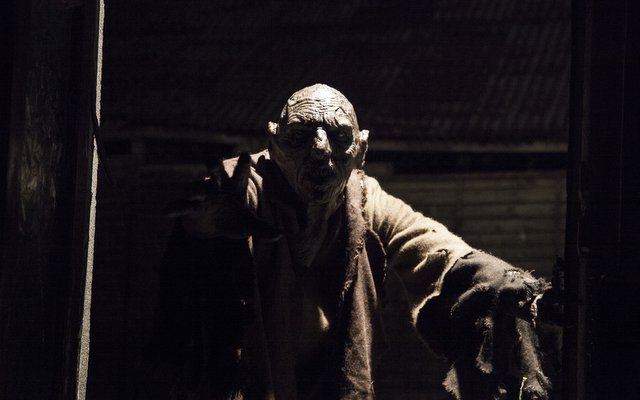 Still of From the Dark

There were a few missteps, however, that cannot be ignored. The odds of a couple wandering up to a house that an ancient monster is using for a hunting ground is a bit too high. Also, without giving any spoilers away, some of the survival techniques were a bit clichéd at times. Even with these slight issues, From the Dark is not one to be missed. Conor McMahon has shown Horror fans that he can make off-the-wall Horror comedy with Stitches and has now proved that he can successfully make a serious Horror film as well. CrypticRock gives From the Dark 4 out of 5 stars. 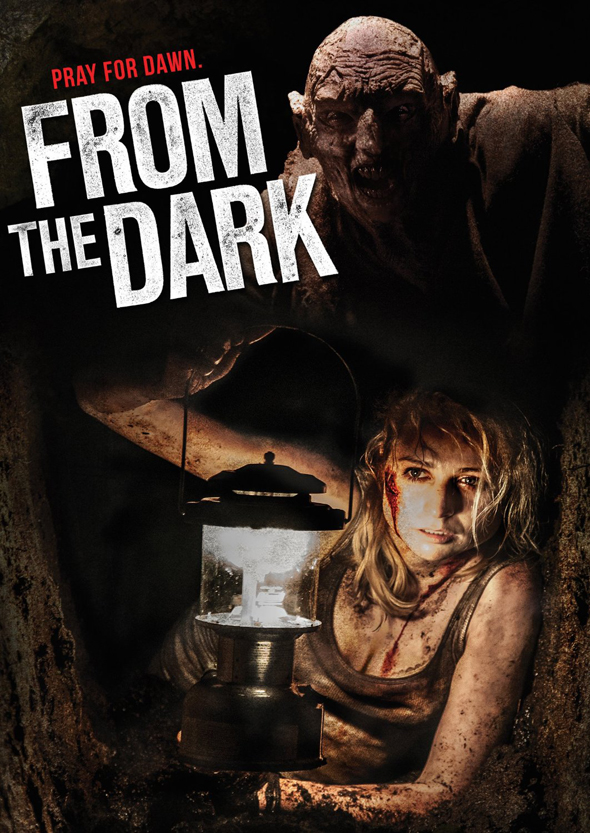 Purchase From the Dark on Blu-ray/DVD on Amazon