Insanity is trending in the revenge seeking #FromJennifer (also known simply as From Jennifer), a new Horror/Suspense offering from Sector 5 Films that is currently available on cable and On Demand platforms, though it arrives to DVD on Tuesday, February 13, 2018 thanks to Cinedigm.

Things are just not going so well for poor little Jennifer (Danielle Taddei: Swimming short 2006, Pretty Little Liars series). First she was dumped by her boyfriend Ralph (Aaron Abrams: Hannibal series, Blindspot series) – pronounced Rafe because he’s a douchebag – and then, to add insult to injury, she loses the starring role in a brand new Indie Horror flick due to her lack of an online following. 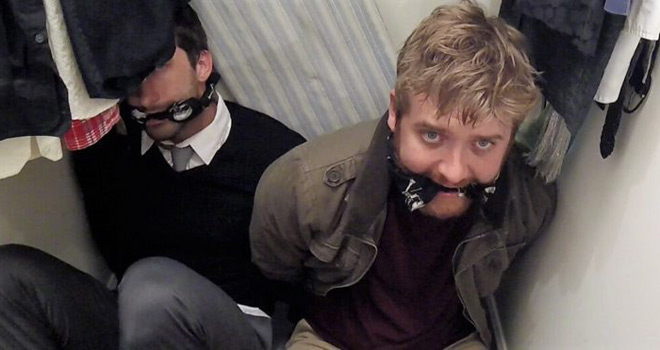 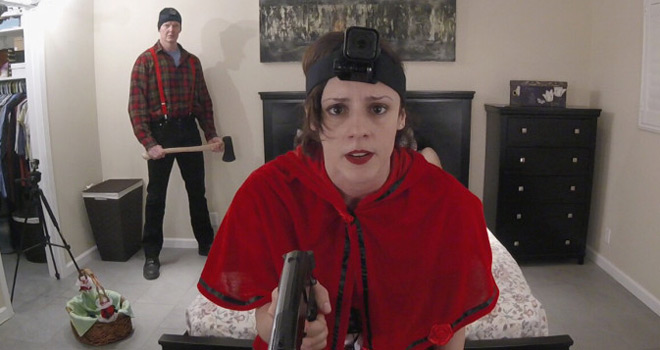 Through an overwhelming pile of folly and with Butch’s help, Jennifer will amass a collection of men – Todd (Kurt Maloney: Smosh series, I Love You Both 2016), Owen (Travis Richardson: The Gallery series, Executor 2017) and Phil (Ryan Marsico: The Sacred 2009, Wing Girlz series short) – to star in her “Pageant of the Douchebags” video that is guaranteed to make her internet-famous and to teach men across the globe a lesson or two on how to treat a lady.

Clocking in at 85 minutes in-length, #FromJennifer was written and directed by Frank Merle (Package for Maxwell short 2007, The Employer 2013), based off characters created by James Cullen Bressack (To Jennifer 2013, Bethany 2017). The film also stars Trae Ireland (Bones series, Paranoia Tapes 2017) and Justin Michael Terry (I Love You Both 2016, Stargate Origins series), amongst a veritable host of additional actors in bit-parts.

While #FromJennifer is billed as a Horror/Suspense/Drama, it is important to understand right up-front that this film is none of those things; instead it is a Comedy of errs of the highest order, intentionally mocking itself and the lives that we lead online and, well, in Hollywood. There’s blood along the way, so you can call that elements of Horror, if you like, and sure, revenge is best served dramatic, right? What is odd, however, is that a film revolving around “revenge porn” never steps into any startlingly sexual territory, never feeling seedy or particularly perverse. So, be warned, there is no T&A here, folks!

The ensemble cast are a blend of talents with everyone doing a solid job in their roles, though some are more impressive than others. Many, in fact, never appear on-screen as a full-body, so it is only fair to admit that acting to hand-held cameras and webcams must complicate their performances. As Stephanie, the stereotypical dunce of a vlogger, Meghan Deanna Smith is genius: she over exaggerates her every move and mannerism, creating a caricature of the typical, truly annoying YouTuber. You will absolutely love to hate her! As Butch, the seasoned veteran Derek Mears is wonderfully bumbling, overly enthusiastic, socially awkward, and deliciously comedic. He is quite possibly the world’s worst sidekick and that lends his character a marvelously uplifting brand of humor! 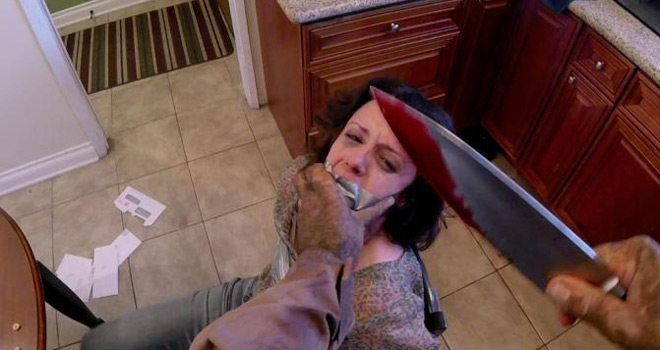 As the suave Officer Brown, Trae Ireland is impressive though his role is largely superfluous; but he is clearly an upcoming talent to watch closely. The actress who is hardly in an extraneous role, Danielle Taddei, as the lead Jennifer, is an interesting blend of likability and normalcy, decidedly not what one would expect of a wannabe-Hollywood starlet/internet-celeb.

So while she might not fit the typecast of her character, Jennifer is a multi-sided creation who, ultimately, allows Taddei to show off her ability to act entirely insane in all the very best ways. She’s not fully believable as a psychotic killer, sure, but this is a film made of mockery and Taddei holds her own in her leading role as the completely disastrous, modern day Lorena Bobbitt.

What does it all mean? #FromJennifer is a social commentary turned mockery that plays out as a comedy of errs in one young woman’s downward spiraling life. It is seemingly shot largely through hand-held cameras, offering up scenes where people literally lose their heads and/or feet; which, you know, makes this is a seriously low-budget, decidedly Indie production. In this instance, that is perfectly fine as the script here is humorous enough and full of enough bumbling folly to keep viewer’s interest and to forgive any dismemberments of its cast. 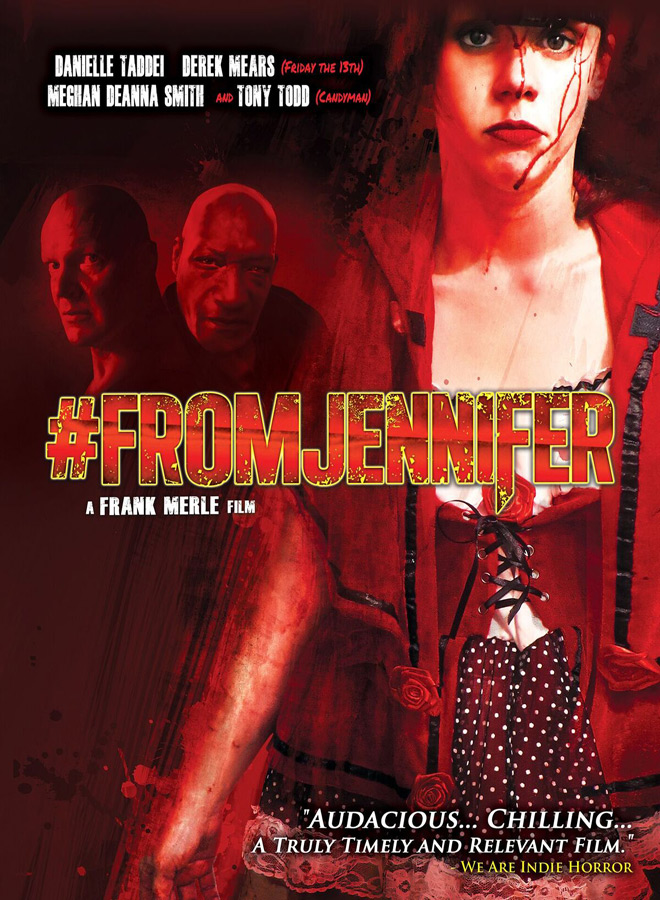